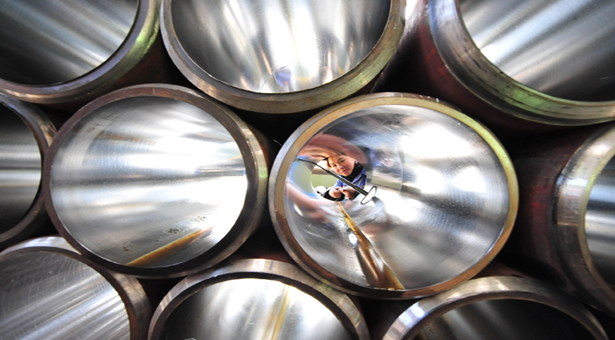 Seemingly overnight the streets of China’s big cities became crowded with beggars. It was late 2008, and roughly 20 million Chinese lost their jobs within a few months as the economy seized up. This increase in unemployment, and the risk to social stability it posed, persuaded Beijing to introduce the massive RMB4 trillion stimulus package that shepherded China’s economy through the first years of the global financial crisis.

Since then employment has remained relatively stable. In the last few months, however, signs have emerged that China’s job situation is worsening. HSBC’s unofficial Purchasing Managers’ Index and the official PMI issued by China’s National Bureau of Statistics both pointed to continued cut-backs in jobs in recent months. Anecdotal reports suggest that factories on the east coast are shuttering their doors and sending migrant workers back home to China’s interior.

It seems likely that unemployment will increase in the second half as the effects of China’s slowdown ripple through the economy. Growth moderated to 7.6% in the second quarter, the slowest pace in three years, and unemployment is a lagging indicator: It takes businesses time to decide that the economy has worsened or improved enough to make changes in their staff.

Yet analysts are still arguing about how bad this slowdown may be. Some observers argue that flagging exports and slowing growth have put company profits dangerously under pressure and expect more job cuts in the second half of the year. Others point to continued increases in wages and shortages of qualified workers as evidence that the labor market is still relatively healthy. This debate is further complicated by China’s murky statistics.

China may be in for darker days ahead, but observers can find one thing to console them: The situation is not nearly as dire as in late 2008. “I would expect to hear more negative stories on the labor market, especially now as the recovery remains relatively ill,” said Jian Chang, China economist at Barclay’s. “But I still would not think that would turn into a big problem unless we really have exports collapse, like in the case of 2008.”

The difficulty many people have in understanding China’s employment situation stems in part from murky statistics. China’s urban jobless rate held suspiciously steady in the second quarter at 4.1% – the same reading the labor ministry has recorded for eight straight quarters, despite a noticeable slowdown in growth

These figures are notoriously unreliable because they exclude the vast numbers of migrant workers who reside in cities illegally. “Since it only covers those with a hukou [an official housing registration permit], China’s official unemployment data is confusing, and it cannot reveal the real situation in China,” said Zhang Juwei, the deputy director general of the Institute of Population and Labor Economics at the Chinese Academy of Social Sciences. Surveys suggest that employment among China’s roughly 200 million migrant workers fell in the second quarter and previously steady increases in their wages moderated, said Sun Junwei, a China economist at HSBC.

China’s human resources ministry publishes a more reliable employment indicator, the ratio of job openings to job seekers. That ratio fell from 108 to 105 between April and June, signifying that job openings are dwindling though there are still more jobs than job seekers.

Fortunately, Beijing has access to its own employment surveys, which provide a far more accurate picture than the officially released numbers. In fact, some analysts see government calls to action in recent months as an indication that Beijing’s private survey figures reflect a more dire employment situation. In late July, for example, Wen Jiabao called expanding employment a top priority and urged local authorities to create more jobs. “The current and future employment situation in China will become more complex and severe. We must make greater efforts,” Wen told members of the State Council.

With the once-a-decade political transition approaching later this year, Beijing has already increased fiscal spending on social welfare and transportation projects, cut interest rates and pushed through tax cuts for small businesses in an effort to support employment, said Sun of HSBC. “This year is quite a political, sensitive year, so stabilizing growth and employment could be even more important than any other period,” she said. “We think that they will continue to keep up these efforts.”

Putting the squeeze on

One theory is that wages are rising because China’s pool of excess labor is drying up. That would indicate that the country is nearing the Lewis Turning Point, an economic milestone at which a modernizing country shifts from a labor surplus to a labor shortage.

But this seems unlikely. The IMF estimated in July that China has a surplus of around 150 million workers, and that it will continue to have excess labor until sometime between 2020 and 2025. Instead, the IMF attributed the rise in wages to increases in the minimum wage, efforts to limit overtime hours and improve working conditions, and mismatches of labor demand and supply.

Many job shortages occur because labor isn’t perfectly fluid, especially in a country like China where the hukou system restricts worker movement. Rising wages are encouraging manufacturers on China’s east coast to move low-end production to cheaper places such as central and western China and Southeast Asia, and China’s economy is moving up the value chain, meaning laborers may not possess newly demanded skills. As a result, coastal factories are laying off unskilled workers while also experiencing shortages of skilled technicians. Another mismatch occurs among the 6 or 7 million college graduates who often fail to find adequate jobs each year. A 2012 Tsinghua University study found its graduates earned less in their first year out of school than the average migrant laborer.

But since 2008 and 2009, efforts to promote balanced development have cultivated several new sources of job demand for college graduates and migrant workers, said Chang of Barclay’s.

Economic development and reforms have encouraged the growth of the services sector on the coast, which is absorbing more recent college graduates. Meanwhile, manufacturing and construction have quickened in China’s interior, and government subsidies to rural areas have made farming a more viable economic option. Chinese media report that unskilled migrant workers who have lost manufacturing and construction jobs on the coast are returning to jobs and farms in central and western China. The number of workers in and around the export center of Guangdong fell on an annual basis in the first half of the year, for example, whereas job numbers climbed in interior regions such as Chongqing and Guizhou.

Demographic trends put in motion by the one-child policy also work in the government’s favor. The population of 15-34 year-olds has fallen 17% since peaking in 2000, reducing the pressure for new jobs, Andy Rothman, chief China economist at CLSA, wrote in a recent note.

The events of the second half of the year are far from certain, but the situation for job seekers does not appear nearly as dire as in 2008. For one, companies may be reluctant to lay off workers after their experience in 2008, when they paid a premi
um to rehire people after the market rebounded. Many economists predict just such an upturn in the second half of 2012.

And while companies are seeing sales slow, pressure from other costs has eased considerably, said Sun of HSBC. China’s Producer Price Index has been negative since March, unlike last summer when materials costs surged, and surveys show that wage growth has been rising only slightly faster than productivity.

“Overall, we think that the labor market is still holding up,” said Qinwei Wang, China economist for Capital Economics in London. “The conditions are not too bad yet – it seems that the worry about unemployment is a bit overdone.”