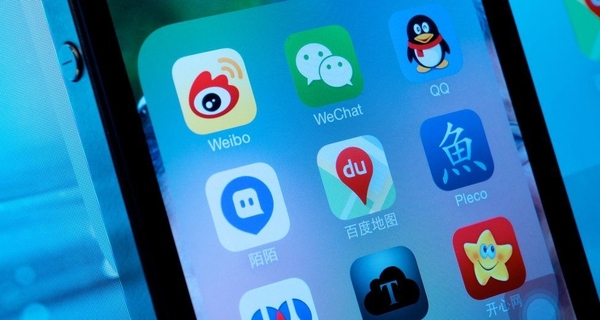 Influencer Marketing in China: No Longer an Option, Now a Necessity

In an increasingly digital world, traditional media such as print, radio and TV are losing ground, while the Internet takes an ever-larger role. The web, and in particular the mobile web, allows information to spread rapidly and opens the door for anyone who proves capable and trustworthy to enlarge their influence.

Nowhere is this truer than in China, where people are wary of official information outlets, weary of standard media advertising and carry wide suspicions of business following repeated food and product safety scandals.

Influencers are also crucial to marketing efforts in the middle kingdom, because WeChat, unlike Facebook and Google, doesn’t offer data to advertisers allowing them to micro-target very specific demographics.

Given these factors, brands and advertisers increasingly seek collaborations with influential online personalities who have large, loyal followings.

These influencers, known as key opinion leaders, or KOLs for short, can be bloggers, online personalities or internet celebrities whose primary communication channel is social media. Because of the factors mentioned earlier, they have a stronger influence in China than they do in the West. These influencers usually have a considerable follower base that sees their opinions and suggestions as credible. They promote attitudes and approaches that can affect the buying decisions of their followers and readers. Moreover, many of them also excel in driving online sales, while others even have their own brands and engage in direct sales themselves. Social commerce has been a success in China and is considered normal, which dovetails perfectly with influencer marketing.

Local consultancy Analysys International projected that the China influencer economy will be worth over $15.5 billion this year and digital marketing company AdMaster estimated that over 70% of marketers will increase their budgets in digital marketing in 2019. About two thirds of them will put more emphasis on influencer marketing.

For marketers operating in China, collaborating with influencers has become one of the key components of their overall marketing strategy. It’s no longer a question of whether or not to collaborate with influencers, but how and when.

Influencer marketing is essential in China

To understand why influencer marketing is an indispensable part of marketing strategy for so many brands in China, it’s important to understand Chinese consumers.

First, China is a large country but not a single market. Consumers in different regions and different groups don’t share the same needs or experience the same trends. A one-size-fits-all approach simply won’t work and it’s time consuming and expensive to develop customized strategies for each sub-market. So, working with KOLs who are in touch with their target audience helps marketers reach them quickly and easily.

On top of that, Chinese consumers, especially those born in the digital era, pay less and less attention to mass media and traditional advertising. Instead, they’re spending more time online and on mobile, checking their feeds on social media, following influencers and joining niche online communities. Information from eMarketer, predicted that in 2018, adults in China will spend an average of 6 hours and 23 minutes consuming media every day, of which 55.5% will go to digital media, including 47.1% to internet connected activities. The number of monthly active users of the two largest social media platforms, WeChat and Weibo, are still growing. As of September 2018, the number of monthly active users on Weibo reached 446 million – 93% of them log on through their mobile devices.

China is also over-supplied and consumers are overwhelmed with choice. Since the economic reforms of the late 1970s, Western brands have been trying to sell their products to Chinese consumers. Together with domestic brands, which have exploded in the past decade, a wide array of products is on offer. Today, Chinese consumers prefer domestic brands in more categories than before. According to research by Bain & Company in 2017, domestic brands managed to gain share over their foreign competitors in most categories, while foreign brands only captured market share in four of the 26 categories studied.

Despite being inundated by ads and having so much choice, or maybe because of these factors, prudent Chinese consumers generally don’t make buying decisions easily. They’re afraid of making the wrong choice and need assurances of quality, safety and brand authority before taking action. It is therefore standard for them to conduct exhaustive research before making purchases, particularly for big ticket items. They do most of their research directly on e-commerce platforms. A PwC survey conducted in 2017 showed that 61% of respondents started their product research on Tmall, one of the biggest B2C e-commerce platforms in China, and 58% of them said they check prices directly on that platform as well.

Word of mouth is so important that many value it over incentives such as product discounts and giveaways. A survey conducted by KPMG in 2016 found that around 60.8% of respondents in China searched online for reviews and recommendations when they researched products, a much higher percentage than consumers in UK (48.6%) and the U.S. (39.4%). This kind of consumer behaviour creates room for influencers to play a role in affecting the buying decisions of Chinese consumers. A 2018 study by marketing consulting firm Westwin found that KOL recommendations were the most influential purchasing factor with a whopping 67% of Chinese cross-border consumers saying their purchases were influenced by KOLs. Recommendations from KOLs are more important than product discounts (65%) and e-commerce platform recommendations (58%).

Working with influencers in China

Since working with influencers is now a necessary part of a marketing strategy in China, there are some key things marketers should understand in advance.

First, influencer marketing requires a significant budget. In China, influencers expect marketers to pay them outright, because product links in posts are restricted on most social media channels and affiliate marketing and profit share models are not as common as in the West. So for an effective influencer marketing strategy, brands need to provide sufficient funding and allocate more of their marketing budget to KOL marketing. Otherwise, they’ll flounder and fail to gain traction.

While costs are higher, the return on investment (ROI) is often lower than marketers expect. Rather than applying Western standards and key performance indicators (KPIs) to the China market, marketers should be aware that China is a much more competitive and expensive market so standards and KPIs need to be adjusted so that realistic goals can be established based on the actual situation in China.

Influencer marketing needs to be done strategically. Working with a few KOLs on a one-off campaign won’t create significant impact. It’s best to collaborate with a variety of influencers who have large and small follower bases. Establishing long-term collaborations with high-quality influencers is also a good way to strengthen a working relationship.

Due to a lack of knowledge of the Chinese influencer landscape and the difficulties of researching this area, brands and marketers sometimes make mistakes and end up with subpar results.

One common mistake is that brands and marketers end up cooperating with people who are not true influencers. Some Internet celebrities may be popular, but are not trusted sources of information and don’t have much influence in this regard. There are also KOLs that purchase fake followers and fabricate interactions to make their accounts look more popular. It’s meaningless to work with them and any effort put into content and campaigns is wasted.

In addition, some marketers may interfere in the content production process and require the influencers to add more information or highlight the brand or product in their posts. However, Chinese consumers are increasingly sensitive to such overly promotional sponsored content. Instead, brands need to work with influencers who are fans of their products and grant them creative freedom. They know best what kind of content appeals to their audience and will receive the best reaction.