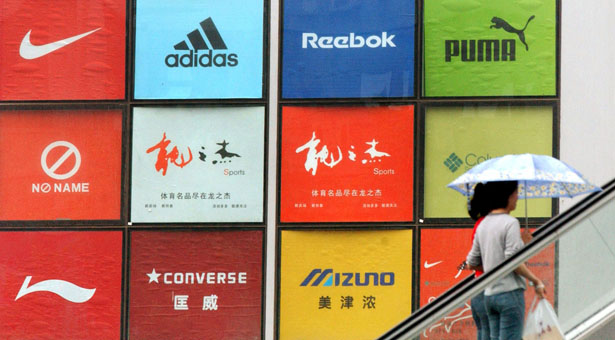 Since reformist leader Deng Xiaoping opened China’s door for business in 1979, “made in China” products have established the country as the world’s factory. However, the high-value work of innovation, design and development has almost always originated outside of China.

While this is starting to change, and while China has a long way to go, its leadership is well aware of the problem. “Chinese capacity for indigenous innovation is weak, Chinese industrial technology is at a low level, and both Chinese basic and cutting edge research are relatively unimpressive,” Chinese Premier Wen Jiabao commented in July 2011.

Global corporations, inspired both by the increasing wealth in China and recessions in their key traditional markets, have confirmed China as a strategic market and often their number-one growth priority. Leading multinational corporations like Siemens, General Electric, Procter & Gamble, Pepsi and Nokia have accelerated the ramp of their China innovation centers and tasked them with creating products for both domestic and international consumption.

This rapid evolution is also driving Chinese companies to invest time and attention to increasing innovation in their own products. Traditionally, Chinese companies have succeeded by competing on cost and by rapidly customizing proven product concepts to produce direct or similar imitations.

While many of these companies have experienced enviable growth, they have struggled to build leading global products. Their “follow the leaders” approach has led the Chinese to be labeled as copiers.

The virtue of copying

In reality, “fast-follower” is a strategy used by all leading corporations. For example, the scramble to follow Apple’s iPad launch in April 2010 resulted in 30 tablets for sale by December of that year and over 100 the following year. Samsung, Motorola, Microsoft, Lenovo and many other mighty corporations followed Apple’s lead, spinning out tablet devices somewhat similar in form and function to the iPad.

The key difference between these established global leaders and their Chinese competitors is that the leaders mixed their fast follower capability with products containing cutting-edge innovation.

Successful leader products, such as the Apple iPad, help the company gain market share, revenue and margin, and give them a stronger brand that helps their “follower products.” But they have to commit to the significant risks and investments needed to create new markets and winning products.

Fast followers can derive significant benefits and typically win by being flexible, fast and cheap. They inherit a key advantage over product leaders in the form of reduced investment requirements and risk. As a result, following has been very attractive for Chinese companies in the early stages of their corporate development.

Too big to fail

There is now an expanding list of Chinese companies with multibillion dollar revenues equivalent to established MNCs. SANY, Huawei, Haier and FAW are all leaders in their domestic markets that are now set on going global. But as Nokia’s loss of smartphone market share to Apple and Samsung in the last few years has shown, big companies can lose share quickly if they don’t innovate.

Chinese companies and their government know this, and they are ratcheting up their efforts to crack the innovation formula. The key enablers for innovation are now in place. China’s growth has provided the infrastructure, increasingly capable talent and the financial fire-power necessary to fund R&D investment.

Some Chinese companies have already proven their ability to innovate when the financial benefits are clear. SANY has created huge record-breaking cranes and concrete pumping construction equipment; Huawei has become the second-largest global telecom equipment maker; and disruptive startup Xiaomi has shipped millions of smartphones on the back of innovative software and product design. However, the challenge that many companies face is investing in innovation when the market and financial opportunities are unclear or distant.

Key Chinese companies are moving and moving fast to address this challenge. They are building out the capabilities to better understand their markets at home and abroad, and they are dramatically strengthening the “front-end” of their innovation processes, including improving planning before product development starts, to ensure competitive products are created. This requires deeper market research to understand what customers want and will pay for, coupled with benchmarking that systematically compares competitor products against customers needs to identify where new products can create competitive advantage.

Larger Chinese companies have now built up a sufficiently broad portfolio of products and are starting to manage their portfolios strategically. They are starting to take a more systematic view of domestic and international market opportunities to help determine which products and locations to prioritize for R&D, new technology and marketing spending.

While Chinese companies face significant challenges in achieving innovation leadership, it is now a strategic objective for China. The question is no longer if Chinese companies will become leading global innovators but when. At “China speed,” it’s likely to happen faster than many think.