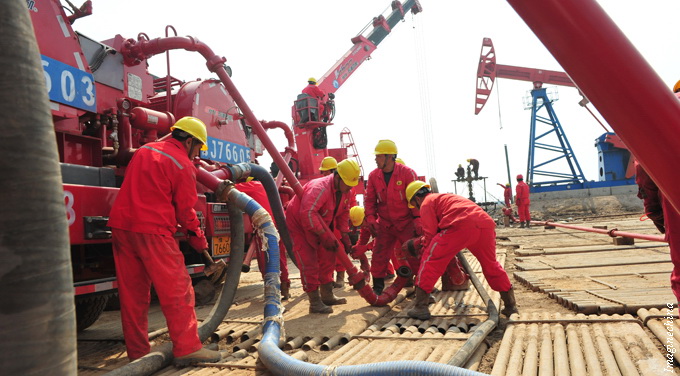 Investors in China’s state-owned firms should watch carefully as the new government cracks down on corruption. This week, three top executives at China’s biggest oil firm China National Petroleum Corporation (CNPC) were put under investigation and resigned immediately. In early August, a regional leader at China Mobile was detained in Guangdong province. If the state topples another leader we’ll call it a trend. For now, investors should be wary of Kunlun Energy (0135.HKG), a CNPC unit. Its chairman, Li Hualin, was taken down. This will surely affect investor confidence, but it’s unclear for how long and to what degree. A report from Bernstein Research said such traumatic events at state firms can rock share prices between 5-30%, but that they usually recover within three months. At PetroChina (PTR.NYSE, 601857.SHA, 0857.HKG), China’s biggest listed oil company and another CNPC subsidiary, two lesser officials are under investigation. CLSA Asia Pacific Markets said in a report on Thursday that fallout at that behemoth would be limited. They maintained a buy rating on the company. One final piece of insight from Bernstein: Getting rid of corrupt officials could make the companies more valuable in the long run.

Chinese heavy-machinery maker Zoomlion Heavy Industry Science and Technology (1157.HKG, 000157.SHE) was given a pair of cement shoes this week. The demand for concrete and crane machinery was far below expectation in the first quarter of the year, leading to an extremely disappointing earnings report from the company. Zoomlion on Wednesday reported a 48% fall in profit in the first half compared to the same time period last year. The drop was deeper than what analysts had anticipated. “We believe that investors were expecting a shortfall in concrete machinery, but the magnitude of the miss caught us by surprise,” Vik Chopra, an analyst at Sun Hung Kai Financial in Hong Kong, said in a report this week. Other construction equipment manufacturers are doing little better. Sany Heavy Equipment International Holdings (0631.HKG), which also makes coal transportation equipment, posted a 39% drop in profits for the first half of 2013. Share prices at the companies have suffered greatly during the past year. Investors will need to see real signs that the inventory in this market has bottomed out, as well as more construction and industrial growth, before they buy back into these firms. Expect them to be cheap by the time the market turns around.

Is it a plane? Is it a train? Is it Superman? No, it’s computer trading: Buying and selling shares faster than the speed of light. Ok, perhaps not quite at that speed but fast enough. This month, several high profile incidents have cast light on this popular but controversial practice. First, Goldman Sachs sent erroneous trades to an options market in New York; then a few days later the NASDAQ was shut for three hours following a glitch. In China, a computer error sent the Shanghai bourse into a tizz, resulting in the biggest daily fluctuation in A-shares for four years. This hasn’t impressed Chinese financial regulators, who are about as cautious as they get. They responded by ordering a wide probe into stock trading systems at more than 110 brokerages. Big boys Shenyin Wanguo (0218.HKG), Haitong Securities (600837.SHA, 6837.HKG) and CITIC Securities (600030.SHA, 6030.HKG) should brace for a market backlash too. For the next two quarters such firms should expect investors to take a more conservative view of their businesses, Xingyu Chen, an analyst at Phillip Securities in Shanghai, said in a call on Wednesday. Industry watchers also noted that the incident will delay the implementation of rules that would allow investors to buy and sell A-shares on the same day. This means a lucrative business area remains out of bounds.

There have been lots of stories in the past week about Chinese companies going to IPO, but nothing has been made official. For now, it’s all quiet on the bourses.