Home Economics & Trade Is the timing right for a Chinese property tax? 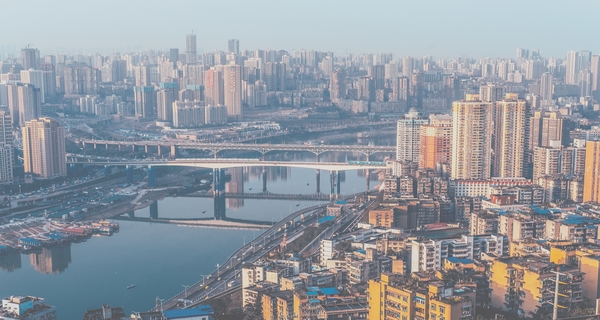 Chongqing, along with Shanghai, was one of two major Chinese cities to implement a pilot property tax.

Is the timing right for a Chinese property tax?

Murmurs of a property tax are once again rolling around Beijing, after local media reported that a comprehensive first draft of the plan will be up for national legislative review by the end of the year, citing official sources.

This latest report echoes comments made by policymakers earlier in the year. In March, the finance ministry also gave the year end as a preliminary deadline for a first draft of the law, and in July the National Bureau of Statistics said that it would “accelerate the property tax programme” to meet this deadline.  The property tax is also listed among the 69 top-priority items on the Politburo Standing Committee’s current five-year agenda.

Although each of these titbits of information has yet to deliver much detail, the tone seems to be clear: words will soon become action.

The apparent momentum to sign in a property tax is the culmination of a campaign launched two years ago to get a hold of China’s swelling real estate market. In 2016, house prices in Shanghai and Beijing rose more than 25% year-on-year, and in some smaller cities the growth rate was even higher, raising fears of a crash.

Since then, Beijing has introduced a string of measures designed to curb prices in the big cities, and President Xi Jinping’s line that “houses are for living in, not for speculation” has become something of a mantra.

But rumours of a property tax have been bubbling since the start of the decade, and sceptics will rightly ask: what makes this time any different?

One sign that things are changing is that the government is making concrete preparations to bring in such a tax, like the creation of a national land-ownership database last year, and pilot programmes in major cities such as Shanghai.

“ If this time around stands out from previous property tax discussions, it’s because the government has put in place the necessary infrastructure,” James Macdonald, Head of China Research at Savills, told CER. “One of the key obstacles that the government had was that they simply didn’t know who owned what – the centralised database lets them clear this hurdle.”

On the flipside, however, a recent wave of domestic economic headaches could force officials to push back any legislation with the goal of tempering demand.

Since market liberalisation in the early 1990s allowed local authorities to sell land to private citizens, property has become a cornerstone of China’s high-growth economy.

But with this growth has come persistent fears of speculation and asset bubbles. Cornered by a lack of viable investment outlets in China due to capital controls and a volatile stock market, many Chinese value property as a safe bet for their savings. Real estate makes up nearly three-quarters of the assets of Chinese households, according to the Survey and Research Centre for China Household Finance in Chengdu.

The result has been unsustainably high prices in Beijing and Shanghai, where property prices are now more than 40 times higher than the average annual income of local residents, the highest level in the world. There are also worrying numbers of homes lying idle: up to 50 million empty homes across the country, the Southwestern University of Finance and Economics estimates.

Beijing’s sustained efforts to stamp out speculation have only been partially successful. Price rises in the big cities cooled last year as heavy restrictions were imposed on buying multiple homes, but the market is now picking up again.

On the national level, growth in new home prices accelerated for the fifth consecutive month in August to hit a two-year high. Dozens of smaller cities posted double-digit increases, and even the big cities are now growing again. In a recent Reuters poll, analysts revised up their forecasts to predict home prices to rise 5% across the board in 2018.

Ironically, previous government action may have even stoked the appetite for speculation. Xinling Wang, a policy researcher at the German Chamber of Commerce in Shanghai, believes Beijing’s habit of swinging from intense tightening to extreme easing has been absorbed by those with an eye on the market.

“It has become household knowledge in China that restrictions imposed during boom times would be relaxed in lean times, resulting in ever bigger price hikes,”  . “This becomes a self-fulfilling prophecy, with public expectation luring speculators to enter the market at any cost, driving up prices.”

One primary role of the property tax will be to stabilise market expectations, replacing this system of frequent price swings with a more stable, long-term market outlook.

“Every time Beijing tries to cap the property price, it comes up against a number of factors that are not entirely within its control, such as local governments’ dependency on land prices,” said Serena Zhou, Chief China Researcher at Mizuho Securities. “This has caused a lot of mini-cycles to come out every three to five years, which is not preferable for Beijing.”

Public comments so far have yet to take on how the tax will be implemented. Given China’s vast diversity in terms of standards of living, many anticipate that local governments will oversee details of the tax in their regions, guided by broader policy goals from Beijing.

A progressive scale could be used based on property size, as per the Shanghai pilot programme. Calculations by SWS Research estimate that a standard three-person household in a third-tier city apartment could expect to pay around 8% of its annual income on the tax. For the same family in Shanghai, however, this could rise to 20%.

There is also the option to target the multiple-property-owning investors with plenty of exemptions for primary residences of below-average-income households. “This is the message that the government wants to send out,” said Zhou.

The government, however, faces a colossal dilemma with any property tax it hopes to roll out. The sheer size of China’s property sector means moderating measures must be just that – moderate. Any sudden movements, or spooks in market confidence, could reverberate around an economy already laden with worries.

Roughly one-fifth of China’s GDP is tied into its housing market, a proportion comparable to that seen in Spain and Ireland before their property sector crashes in 2008, and triple the US before the subprime crisis. Housing construction provides jobs to a staggering 16% of the urban population, and, as Dinny McMahon describes in his book China’s Great Wall of Debt, has been a welcome driver of demand for commodities from dozens of over-producing Chinese industries, such as steel, cement, and glass. Moreover, property benefits from almost one-third of bank-issued loans, a business kept afloat by robust property prices.

Local governments are also likely to be apprehensive. Many authorities have grown accustomed to using land sales as a reliable supplement for their budgets. Any squeeze on demand from fresh taxes could cut off an immediate income generator, at a time when financing channels have already been tightened from deleveraging.

However, as James MacDonald notes, local governments need not necessarily fear a property tax. On the contrary, if implemented correctly, it could set up a “virtuous cycle” of revenue and investment.

However, as James Macdonald notes, local governments need not necessarily fear a property tax. On the contrary, if implemented correctly, it could set up a ‘virtuous cycle’ of revenue and investment.

“We are seeing a slowdown in land sales anyway, especially in the most-developed parts of the country such as Shanghai,” says Macdonald. “Governments will have to face the fact sooner or later that land is a finite resource, but a property tax could provide a recurring form of income. If reinvested in the local community, house prices will increase as the area becomes more attractive to live in, which in turn creates more tax revenue which can again be reinvested.”

Nevertheless, China’s deep reliance on its the property sector sits poorly with its current weakening economic outlook and an intensifying trade dispute with Washington. Decision makers may well be nervy about taking the wind out of such a large demand driver, and targets to finalise legislation by the end of this year or next could once again be pushed back.

“I do believe that there may be some delay in the rolling out of China’s property tax,” says Zhou of Mizuho. “Due to concerns about the economy slowing down from credit tightening and the impact of tariffs, I expect a property tax actually comes pretty far down on the list of worries for the government.”

Indeed, the China Real Estate Association said in a post on its website that legislation may take over five years to push through given current circumstances, citing a former director of state-backed Chinese Academy of Fiscal Sciences.

There is also precedent for postponement. Preparations were under way as part of a five-year strategy starting in 2011, but the stock market crash in 2015 and subsequent slowdown fears forced Beijing to shelve its plans. Steps taken in recent months to bolster growth and revive borrowing in certain areas of the economy hint that the situation could repeat itself.

If the can does get kicked down the road once more, noises from the government within the past six months suggest that the tax that will inevitably resurface. Beijing may wait for the domestic headwinds to blow over, but afterwards there will still be a bubble to deflate.