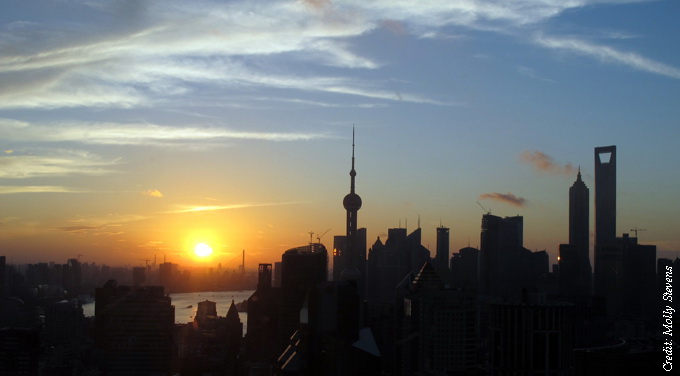 Just a couple of years ago this type of financial support would have been rolled out across the sector. Other market players, regardless of their performance, would have expected similar treatment.

This time around, the industry as a whole won’t be so lucky.

Beijing’s plan specifically excludes low-end firms that piled into solar when the industry was booming and failed to invest in either a brand or technological expertise. These firms will now be left to die.

This approach marks a departure from previous industry bailouts in which credit, land and other favorable policies were directed at sustaining all players in order to inflate economic numbers and preserve jobs. As the new national leadership under President Xi Jinping continues to make noises about industrial rebalancing to secure long-term growth, a new dawn is approaching the domestic solar industry.

To be sure, broader measures are also being enacted and the restructuring won’t be instant. The decision to raise the installed solar power capacity target for the 2011-2015 period to 41 gigawatts (GW) from 35 GW as set in July 2012 will benefit most solar panel makers by running down their existing stock.

Nevertheless Beijing appears serious about weeding out lagging companies with no viable future. A new testing and certification regime is being created to identify solar manufacturers that do not deserve state support, Edwin Lee, a Beijing-based lawyer with Chadbourne & Park, said in a July report.

Introducing consolidation and a dose of market reality to an industry the government hopes China will become a world leader in has been discussed by policymakers for some time. Late last year Li Junfeng, a director general for energy and climate policy at the National Development and Reform Commission, came out publicly to say that the majority of solar companies must die to let a minority survive.

Another new reality facing makers of panels and other components in the solar supply chain is the changing relationship with their largest international markets.

In late July the European Union, in an embarrassing climbdown, decided to hold back from slapping dumping duties on Chinese solar product exports to the 27 member-nation bloc. This was hailed as a major victory for China as Europe is the largest market for its solar products.

Manufacturers were already suffering after the United States imposed tariffs of up to 15.97% on Chinese solar cell exports last October.

Still, the EU decision has limited positive upside. Brussels and Beijing agreed on a minimum price of US$0.74 for China-made solar panels, meaning that the price advantage between Chinese and European manufacturers’ selling prices will narrow substantially, Olivia Boyd, a Beijing-based energy analyst with IHS Global Insights, said in a July 29 note.

Tougher trade with customers who once placed huge orders for their wares will force Chinese companies to focus more on emerging growth markets in South America, Africa and Asia. According to IHS Energy, Japan last year surpassed Germany to become the world’s biggest solar market by value at around US$20 billion as it looks to diversify away from nuclear power.

Nevertheless growth in emerging solar markets remains too small to offset the decline in the US and Europe – a trend that pushed Chinese producers into this problem in the first place.  At home, reluctance from power producers to touch solar because of still high production costs will slow the pace of new domestic solar installations.

Capping this all off is the fact that China produces more solar panels than the world can consume. No amount of government spending or diplomatic jousting can gloss over this.

As a new dawn breaks over the Chinese solar industry, many companies will find themselves out of the game, while the fortunate few get shunted onto the track for a healthy recovery.