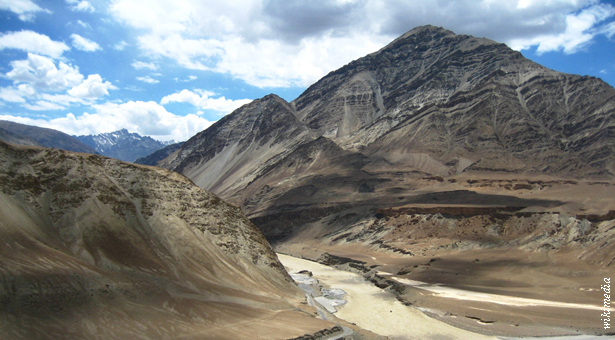 Lost in the clouds

Details from the India-China border have been sketchy since China’s People’s Liberation Army first pitched tents on the Indian claimed side of the 5,000 meter-high stretch of frozen earth on April 15. After all, the desert-like plateau known as Depsang is one of the most secluded, uninhabitable and empty spots on the globe. Only the two countries’ drones flying above the Himalayas will notice movement on the disputed border, as India did last month.

The South Asian country accused its eastern neighbor of setting up a camp 19 kilometers into Indian-controlled territory across the Line of Actual Control. That demarcation, though not officially recognized, has served as a working border since the 1960s.

Tension eased on Sunday as Chinese troops took a few steps back. Reports have suggested, however, that China is still several kilometers across one of many of the imaginary lines in the desolation.

As vague as the intelligence coming out of the mountains may be, the official message from both India and China last week was clear: The growing trade relationship will trump the recent flare up in the 50-year standoff over the territory.

Disputes along the border are old news. Last year, the newspaper The Times of India said Chinese forces stepped across the line more than 500 times between 2010 and 2012. What’s new between Asia’s two biggest countries is a burgeoning trade relationship. After more than 20 years of moderately open business with the West, only recently has India welcomed Chinese investment.

China became India’s largest trading partner in 2011, with bilateral trade reaching US$79.3 billion. That figure decreased last year to about US$66 billion, but Indian officials estimated that trade would hit US$100 billion by 2015, an increase of more than 66% over a five-year period.

China exports far more to India than it imports, not atypical of most of the mainland’s trade partners. India increased domestic infrastructure investments since 2007 to the huge benefit of Chinese manufacturers of electrical and construction equipment. The South Asian country still lacks the technology to make many of those products itself.

With these growing imports, India is watching its trade deficit with China widen. The gap jumped by 40% in the fiscal year ending March 31, 2012,

Growing trade, despite the deficit, has proved an antidote to perpetual border flareups in the past. In early 2010, then-Chinese Premier Wen Jiabao flew to New Delhi promising infrastructure and energy deals during a similar dispute in the same region that threatened to derail the meet. Such behavior isn’t characteristic for China, which has canceled diplomatic meetings with other countries for far less contentious quarrels.

This week, the two countries will continue this tradition of high-level talks in the face of one of the most serious border skirmishes since the 1980s. Although rumors that the meeting might be canceled  circulated in Indian media, India’s External Affairs Minister Salman Khurshid will fly to Beijing for a previously arranged visit on Thursday.

Critics have accused Khurshid of issuing too meek of a response to China’s alleged intrusion. Japan, Vietnam and the Philippines have spewed far more vitriol at the People’s Republic for maritime disputes in the East China and South China seas.

India had little to gain from canceling the meeting. The country is clearly the weaker both economically and militarily and therefore must come at the conflict with a cool head.

But Khurshid can accomplish much this week. Although talks over an official line of demarcation have arisen in the past, China has always squirmed out of them. He should press China for a long-term resolution on the border.

The meeting is sure to have stronger political overtones, but Khurshid should also discuss the widening trade deficit between the two countries. Prioritizing economic relations over cold bare earth at the top of the world should smooth out the dispute for now, as it has in the past.