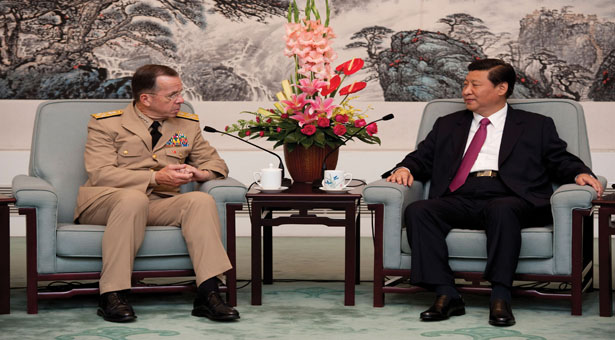 Man of the hour

The safest bet on China is more of the same. We will not know if China has decided to go the route of economic liberalization until well into 2013 or later. We will not know for certain who is truly making economic policy until years after that. The safe bet is that Xi Jinping will maintain the pro-state status quo, and otherwise steer clear of the economy.

However, 1992 brought Deng’s Southern Tour. I have previously argued that Hu Jintao’s first year as Communist Party secretary, 2002, inaugurated a turn to the state that by 2006 became unmistakable. The 2012 Communist Party Congress will stress political stability above all, but we should not be surprised if the leadership transition also triggers economic change.

There are many kinds of change that could take place, of course. China’s growing wealth disparities make populist policies all too plausible. Even if market reform is renewed, it could take different forms.

What would a plausible, Xi-led reform path look like? It could feature a form of controlled divestment of state assets, as well as a renewed push toward capital account liberalization.

Theses steps might not appear dramatic at the outset, but they would have important positive effects for the Chinese economy if sustained.

In contrast to Deng’s blessing of Jiang Zemin and Zhu Rongji, Xi has no higher mandate for market reform. If reform occurs, it will take the form of changes that already have political backing.

One possibility is suggested by the National Development and Reform Commission’s inquiry last November into the telecom industry, which has garnered criticism as a state monopoly. At the National People’s Congress, Premier Wen recommitted to promoting private participation in certain sectors, to counter those monopolies.

The goal has been announced before. The tricky part about private investors is that they are private and don’t respond to government directives. And it is difficult to believe that private enterprise will truly be permitted to compete on an equal footing with state enterprise in, for example, energy and finance.

Entrepreneurs know this. Still, monopoly benefits for state firms and their officials are a place where market reform overlaps with populism. Xi may be highly motivated to act. He can address the issue by (i) reducing state ownership levels in key enterprises in favor of private ownership, (ii) declaring certain sectors to be no longer critical and cutting support for the associated state firms, or (iii) both.

The actions need not be radical. State control of individual enterprises could be retained, but with larger private shareholding and more private participation in corporate decision-making. Alternately, as the economy has developed, new sectors have been deemed strategic. The government may forgo previous strategic sectors, such as metals, tobacco and even autos, for new priorities such as green energy.

Naturally, there are obstacles. The stock market indicates that public enthusiasm for owning shares in state firms – the bulk of China’s listed firms are majority-owned by the state – has been low for several years. Off-market placements would help, but run the risk of turning China’s princeling problem into a Russian-style oligarch problem.

The less troublesome solution is to cut state firms loose in some sectors. This is not privatization but commercialization, as long promised. State firms would still exist in the de-emphasized sectors but lose their regulatory, financial and other privileges, and perhaps be permitted to go bankrupt if they cannot compete. A trial sector or sectors could initiate such a program.

Domestic reforms like this tend to have a mass political component, whereas international reforms are the province of elites.

It’s well understood that the People’s Bank of China has been trying to use nationalism to win support for liberalizing the country’s capital account. Its argument to the people and other officials is that, by normalizing the balance of payments, China will win greater standing internationally. If Xi Jinping is a reformer, he may use this nationalism to overcome fears of instability.

Reform in trade and investment could start by expanding the so-far very limited steps to permit the free flow of capital. In particular, foreign access to the interbank market could be sharply increased.

While this would curtail the central bank’s control over interest rates, it would certainly not end it. And the ability to hold renminbi-denominated instruments would greatly enhance the global appeal of the renminbi as a currency to hold, rather than merely to use in exchange.

The impact of this combination of domestic and international reforms would be considerable. In sectors where state firms lose privileges, competition and performance would improve, perhaps generating momentum for more change. An open interbank market would serve to enhance China’s integration into the global financial system, also spurring genuinely commercial behavior.

These steps are obviously not the entirety of reform, nor are they the only possible paths to follow. But, if Xi Jinping is a reformer, he will find them appealing.