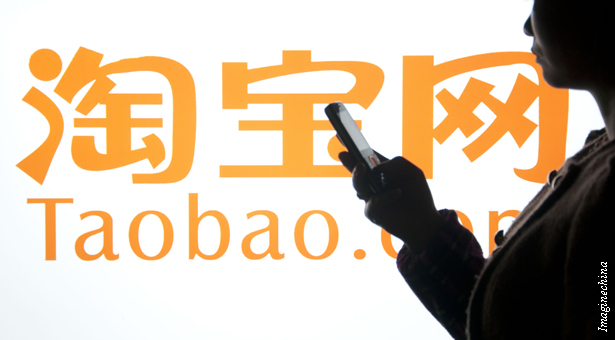 Those amazed or even taken aback by China’s skyrocketing e-commerce data should not only take note of how much the PRC is buying online, but how it’s buying.

Chinese customers ordered up to US$210 billion in goods online last year, according a report issued this month by global research firm McKinsey. Alibaba, the country’s largest online retailer, processed US$170 billion in online sales in 2012, more than the US’s eBay and Amazon combined.

While similar statistics are widely circulated, another staggering e-commerce figure has not received the attention it deserves. Mobile commerce, or m-commerce, grew by more than 200% between 2011 and 2012, according to Chinese research group iiMedia. About US$7.7 billion in transactions were made last year and that could jump to an astonishing US$15.3 billion this year, according to McKinsey.

“This is one of the hotspots this year … But the market is in its early stages,” said Mike Chen, an internet analyst at China Merchant Securities in Shenzhen.

China Unicom and SK will develop applications for mobile credit card transactions, discount coupons and pre-paid phone services much in the way that Google developed a “mobile wallet” package for Sprint subscribers to encourage m-commerce in the US. Although there have been trials with similar software on other Chinese carriers, this will be the first substantial move from one of China’s mammoth telecommunications companies to support mobile commerce in the country, Chen said.

Expect more where that came from. As quickly as China took the world’s largest share of e-commerce business, it’s set to do the same with phone transactions.

McKinsey predicted high growth potential for m-commerce in China because “the average Chinese smartphone user has a higher tendency to shop online” compared to their US counterpart. Smartphone penetration in the US is about 42%, but m-commerce accounted for only 5.4% of the online shopping market in 2011. However, in China, where about 11% of the country used smartphones that year, about 4% of goods bought online were paid for via a mobile device in 2012.

That trend will help make China the global leader in m-commerce. By 2015, m-commerce in China is projected to grow to become a more-than US$41 billion industry, surpassing the US$31 billion in estimated transactions in the US that year, according to data from Alibaba.

The greatest force thus far in Chinese m-commerce has no doubt been Alibaba. Last year, the company’s customer-to-customer marketplace Taobao hosted about 67% of the country’s m-commerce transactions, according to iiMedia. Alibaba said payment volume on Alipay, its online payment service, grew 546% via mobile devices in 2012.

On November 11, China’s so-called “Singles Day” that celebrates the romantically unengaged, an average of 428 pairs of shoes were purchased every minute using mobile Alipay, the company said. About 2,800 clothing items, 300 digital products and 790 cosmetics were bought and sold in the same timeframe and totaled US$193 million by the end of the consumer holiday.

Internet developer Shanghai Baiban is making a significant footprint in mobile spending as well. The company launched a mobile shopping platform called Zhuixin in 2011 which allows merchants to create mobile applications for their stores in minutes, McKinsey noted. If it’s any indication of how quickly attention has turned to m-commerce, Zhuixin accrued 20 million users after 13 months of operation and some 50,000 merchants join daily.

To continue growing the m-commerce market, platforms such as Alibaba’s and Baiban’s will have to boost security. While Chinese are already tense about using personal financial information on their computers, there is a higher level of trepidation about having bank account access tied directly to a phone, Chen at China Merchant Securities said.

“Security is the first challenge,” he said. “If you’re using a PC, people feel more comfortable. But if you use a phone for sensitive info, people worry about security.”

Tie-ups such as the one between China Unicom and SK could bring some relief to these concerns. SK is Korea’s third-largest conglomerate and a global brand that will help ensure m-commerce transactions through Unicom are in-line with international standards.

By 2016, 1 billion people are expected to make upward of US$1 trillion in transactions via mobile devices, according to IT analysise firm IE Market Research. China’s share in that global sum will no doubt be substantial given that its smartphone market is set to double in 2013 alone.

China’s two remaining mobile carriers should also develop trusted channels for mobile spending and actively take part in the global m-commerce market. By 2016, 1 billion people are expected to make upwards of US$1 trillion transactions via mobile devices, according to IT analyst firm IE Market Research.

Chinese consumers will mostly need time to grow comfortable with this new mobile technology. Initial caution toward e-commerce quickly dissolved and shopping on sites like Taobao on a computer is now second nature. If the rate that e-commerce has grown is any indication, it won’t be long before Chinese are as comfortable shopping on their mobile phones as they are on their computers.