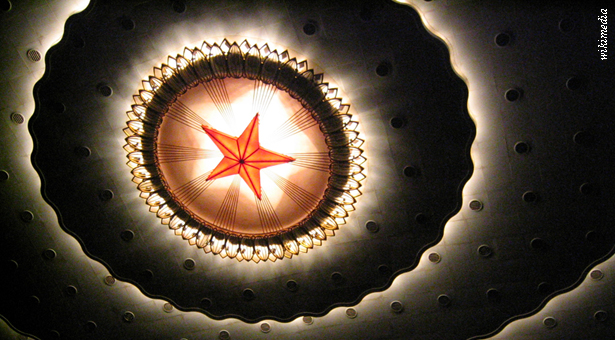 NPC: What’s in a number?

There’s a lot to be said about half a percentage point of GDP growth, especially for the world’s second-largest economy.

China announced its 2013 GDP target at 7.5% at the opening of the 12th National People’s Congress on Tuesday without surprising analysts. The growth goal, however, was marked out as the first indication on how the incoming administration, which will formally take up the government mantel during the next two weeks, will marshal development in an economy increasingly in need of new drivers of growth.

The 7.5% rate, matching last year’s target, is a “business-as-usual scenario,” as Citi Research put it in a report released last week. Maintaining a high level of growth and employment in order to preserve social stability was a signature of the previous regime, led by outgoing President Hu Jintao.

The target will likely force China’s local governments to pick up “old tools” for growth that will include issuing more debt and taking in higher levels of revenue from land sales in order to continue funding large infrastructure projects.

“Local governments will have to mobilize all their resources to meet this target. They’ll need to get more revenue from land, keep housing prices high and sell land at higher prices,” said Ding Shuang, a senior China economist for Citi and one of the authors of the report, in an interview with China Economic Review. The higher target could also lead to excess pollution and inefficient infrastructure projects as has been the norm for Chinese growth thus far.

It’s not clear how much control incoming President Xi Jinping and his cohorts had over the 2013 target. But setting the goal at half a percentage point lower at 7% would have – at least on the surface – differentiated the new leadership’s approach to growth this year. A lower target would have indicated a drive for quality over quantity in development. Without pressure from the central government to reach high targets, local governments would have had more leeway to pursue much-needed reforms, Ding said. Citi pointed to land, property and social security reforms, among others, as necessary during the next five years.

Outgoing Premier Wen Jiabao’s work report at the NPC, in which the growth target was revealed, also aimed for consumer inflation of 3.4% and a 13% increase in China’s money supply in 2013.

As expected, the government set this year’s fiscal deficit target at US$192 billion for 2013, or about 50% higher than the year before. So far economists haven’t labeled the increase of US$62.3 billion a major risk to financial stability. About US$56.2 billion of the deficit will be issued in the form of local government bonds, according to the work report.

An expanded deficit would be supportive to expenditure on social security, health care and education, Societe Generale said in a note Tuesday. Such public spending could help weave a stronger social safety net, a crucial element in convincing Chinese to spend their money instead of saving for education fees and health emergencies.

The targets released Tuesday may well be this year’s most concrete indication of the new government’s policy direction. However, the figures don’t tell observers how the fledgling leadership will translate broad initiatives into substantive policy.

After taking the top spots in the party in November, new officials have dropped some hints on the greater objectives they will pursue during the next five years, among them urbanization and the fight against corruption. Speeches given during the NPC could reveal Xi’s agenda for change; they may do little more than tow the party line.