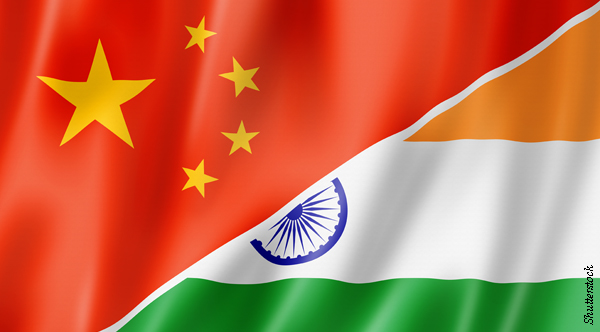 Alicia Garcia-Herrero is the chief economist for emerging markets at BBVA. Sumedh Deorukhkar is a senior economist at BBVA in Mumbai.

Nearly a decade ago, in late 2006, the then President of China, President Hu Jintao met with India’s Prime Minister Manmohan Singh in New Delhi with a promise to join forces through close economic collaboration and arrive at a mutually acceptable resolution to long standing geopolitical disputes. The two nations have had a hostile past, being involved in a 1962 border war, China’s closeness with India’s rival neighbor, Pakistan, and differences over Tibetan sovereignty. A first visit in over 10 years by a Chinese head of state, the Hu-Singh meeting caught the world’s attention as it saw a formidable team in the making.

Given the world’s top two fastest growing economies, a complimentary economic structure – China’s manufacturing prowess and India’s technology-based services economy – and together representing one third of the world’s population, the possibilities of cooperation were vast. So much so that “Chindia” (splicing China and India) became a celebrated hybridization that denoted a fast growing success story. Singh forecasted China-India bilateral trade to double to US$40 billion by 2010 while Beijing proclaimed that China and India were sincere friends, partners for cooperation.

Fast forward to 2014 and it seems that the Hu-Singh meeting was merely symbolic, and “Chindia” turned out to be a myth rather than reality. Although bilateral trade between the two countries has more than tripled since 2006 to US$65.5 billion in 2013, it remains highly lopsided. India’s trade deficit with China topped US$31.4 billion last year (equal to 3.5% of India’s GDP) attributable in part to a widening productivity gap between the two economies, but also to the fact they don’t have a single Free Trade Agreement (FTA) while there remain far too many barriers to trade and investment.

Putting diplomacy to the test, China’s relationship with its other neighbors, such as Vietnam and Japan, have soured of late over competing territorial claims in the South China Sea, in turn also leading to indirect confrontation with Japan’s ally, the US. Given recent overtures by Japan to strengthen trade and investment relations with India, managing China-India ties would be a delicate balancing act for both nuclear powers.

For China, talks of peaceful coexistence and an “all round strategic partnership” with India seems more of an astute diplomatic move aimed at rebutting recent criticism from world leaders over China’s territorial ambitions while also stealing a march over the US, which seeks stronger ties with India as a hedge against China in Asia. For India, meanwhile, the stakes are much higher for a stronger, friendlier and balanced India-China relationship given the strong economic undertone, although excessive engagement with China may risk jeopardizing India’s trade relations with Japan, its longtime business partner.

Against this backdrop, the onus of turning the “Chindia” project into reality lies with India’s newly elected Prime Minister Narendra Modi and Chinese President Xi Jinping, who met in July on the sidelines of the BRICS summit in Brazil. The group of five decided to provide an alternative source of financing for BRICS countries and other emerging economies by establishing the New Development Bank (NDB) and a multibillion dollar infrastructure investment fund. The NDB will begin with an initial capital of US$50 billion, which would eventually grow to US$100 billion, to be paid in equally by all five founding members.

However, an equal weight in capital is a double edged sword, particularly for India, which is highly infrastructure-starved with an estimated need for long term project finance at about US$1 trillion. Notwithstanding an equal say in the BRICS bank’s lending decisions, India may actually be obligated to finance other countries’ infrastructure projects if the BRICS develop beyond its original borders.

The fact that the headquarters will be in Shanghai, albeit headed by an Indian CEO, adds to the difficulties of controlling the lending destination of the NBD’s funds. Given India’s already high fiscal deficit (at 4.6% of GDP) and stretched domestic funding position, getting an approval from Indian lawmakers to release its share of funds to capitalize the NDB could take a long while – getting congressional clearance in each member country for capital contribution is a precondition for making the NDB operational.

Raising hopes of a deeper engagement towards stronger India-China ties, Xi is scheduled to visit India this September while Modi has been invited to attend the Asia Pacific Economic Cooperation (APEC) meeting in China in November, a first APEC attendance for India. Furthermore, Xi has asked India to deepen involvement in the Shanghai Cooperation Organization, whose members include China, Kazakhstan, Kyrgyzstan, Russia, Tajikistan and Uzbekistan.

While China attempts to connect India to its eastern allies and in turn to score over the US and Japan, India’s approach to these meetings would be one of cautious optimism. For one, the legacy of distrust and suspicion between the two nations needs to be conquered in order to establish strong reciprocal partnerships. Furthermore, speaking the same geopolitical language is as critical as the need to pen a landmark FTA, strike infrastructure investment deals and allow greater market access between the two sides.

At a time when domestic reforms have been the centerpiece of policy formulation in both the nations – India working towards boosting investments while China attempts to encourage household consumption – a productive relationship between India and China based on sustainable framework would go a long way towards making “Chindia” a force to reckon with.