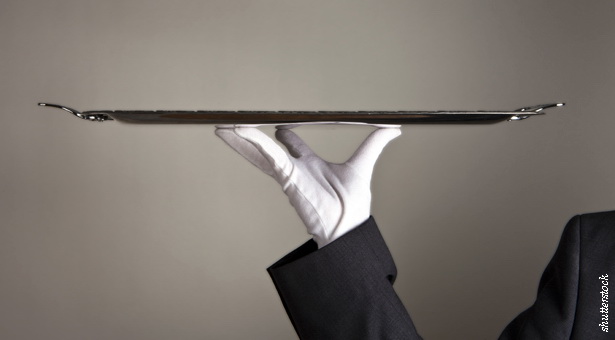 Even in these times of austerity for officials China’s luxury market keeps powering on. Luxury here has always been about brand and bling more than craftsmanship and materials. But might that be about to change, at least at the high-end of the luxury sector? Perhaps yes, thanks to two phenomena – first, the need for the rich to be a little stealthier about being wealthy and, second,  China’s new First Lady Peng Liyuan and her classic stylings of late.

The rise of Stealth Wealth is doing wonders for classic brands with a little more discretion than LV or Gucci. The two best examples are probably Bottega Veneta and Loewe, which are both performing very nicely at the moment. Both brands are predominantly about fine materials and craftsmanship – spotting a BV or a Loewe bag takes sharp eyes and fashionista know-how.

It would seem that Mrs Xi Jinping, Peng Liyuan, knows her quality materials. Pictures of China’s new First Lady front-and-center accompanying her husband have flashed round the Chinese internet. By and large her tailored Peabody coat won admiring praise and has probably started a trend, while her Chanel-like peach suit in Tanzania was also received well.

But it’s her bags everyone wants to know about. Within a couple of days of the photo opp Taobao had over 8 million hits asking which brand her bags were. But that’s the point – both bags she sported were clearly of sumptuous leather and well made but were infuriatingly brand-less. This First Lady knows two things:  Style doesn’t need to be branded and sometimes it’s best to keep the public guessing.

On the losing end of this shift, the austerity crackdown has hit the super high-end watch market hard. Brands like Vaucheron Constantin and Piaget are having trouble finding buyers. This has caused much comment in the press about the imminent demise of the decent timepiece market in China after a roller coaster ride of bejeweled wrists and saucer sized clocks poking out from under the cuff of a tailored Zegna suit or three.

But there’s another story in the watch market. Lots of honest, hard-working folk, who’ll never receive a chunky watch as a “gift,” think they deserve something nice. And so high-end, but more affordable, brands like Longines and Omega have been doing rather well. Affordable luxury can be as good for watch brands as it’s been for the handbag brands – think of the terrific success of an entry-level luxury accessories firm like Coach in China.

You’ve bought the luxury apartment, the classy motor, the clothes and bags and you’ve even shelled out for the expensive toys like watches and pens. What you need now is some art to go on the walls. That old restaurant calendar just won’t cut it anymore. But taxes on art are now generally considered punitive and so what to do? The answer for many art buyers in China has been simple – stop buying.

But where there’s a will there’s a loophole. Hence plans for the 83,000 square-meter “Beijing Freeport of Culture” near Beijing Capital Airport slated to be tax-exempt and with big-name partners involved like Sotheby’s. This just might be the place to store your treasure without the taxman having a party.

And finally … what do those rich, luxury-loving folk get up to in Shanghai? You could do worse than read Tash Aw’s Five Star Billionaire – secretive billionaires, shadowy property developers, wanna-be success stories, instantaneous fame and riches. Tash Aw, who wrote the book while residing in Shanghai, lifts the lid on the lifestyles of the rich and famous – hidden luxury at its finest.