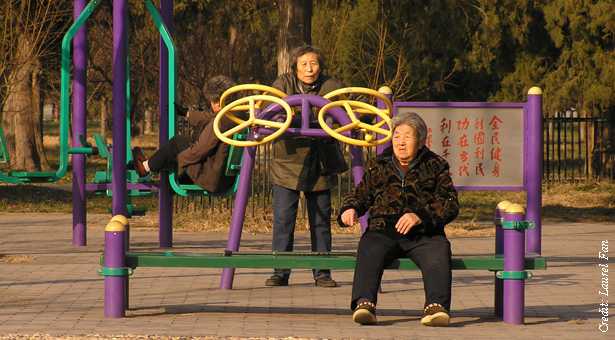 Few subjects in China today are more interesting or all encompassing than urbanization, particularly as we enter a fascinating demographic shift that will reduce the rate of urbanization.

China is simply running out of bodies in the countryside to transport to the cities. This is forcing change – however much Beijing may resist it. That includes change to urban planning, change to how service and manufacturing sector economics work and change to – or even better the scrapping of – the hukou system, hopefully sooner rather than later.

In my travels, it’s nice to come across Chinese cities that are a bit more relaxed and pleasant than the frenetic megalopolises. I recently spent a few days in Yichang, over in Hubei province, at the gateway to the Three Gorges.

Yichang is what the Chinese call a small city at a mere 4.6 million people, but it doesn’t feel crowded. Its roads aren’t grid-locked, its air seems clean, industry is kept on the outskirts and people seem happy and relaxed. It’s a medical center for its era, but its many hospitals and clinics don’t seem to be suffering from the overcrowding and chaos bigger city hospitals invariably face.

Yichang appears to me to have a nice mix of green and industry as well as old and new. Perhaps it’s not a perfect case study or about to get into Monocle’s infamous list of the world’s “most liveable” cities just yet, but it seems to be getting something right.

I pondered this question of livability with some Chinese bankers while in Yichang. One of them raised the interesting idea that a big problem in Chinese cities is a lack of relaxation-related facilities for most people. He bemoaned that while leisure giants like Disney were actively courted by Chinese cities, everyday leisure facilities providers – private sports centers, smaller scale attractions, etc – could never get funding from the banking system as it is presently structured. Consequently, they either don’t happen, or they get built and are underfunded, disappointing and go broke pretty fast.

Another Yichang contact believed that the problem lay more with people not being sure what to do with leisure time, outside of going on full-blown holidays. There simply aren’t enough outlets to let people develop hobbies.

This does seem to be a problem. A friend who works for a major photography equipment brand tried to start up a camera club a while ago – to encourage people to take pictures, join communities of camera enthusiasts, improve their pictures and buy more expensive kits.

But trying to get such a club started proved impossible legally, and in the end he dropped the idea. China has legions of amateur photographers, desperate to enjoy their hobby and sometimes coming together online or in small informal groups, but rarely in organized clubs.

All of these problems are going to become more acute. China’s aging population is a big theme now with China pontificators. In Yichang, the range of new providers of services for the old, from care homes to at-home help, was astonishing.

They’ll be needed as China foresees fully 97% of its elder care needs in the future being met by either home-based healthcare or community-based initiatives. All of these can’t be either run by or solely funded by Beijing – China will need better financing systems and more volunteerism and informal organization to meet this challenge.