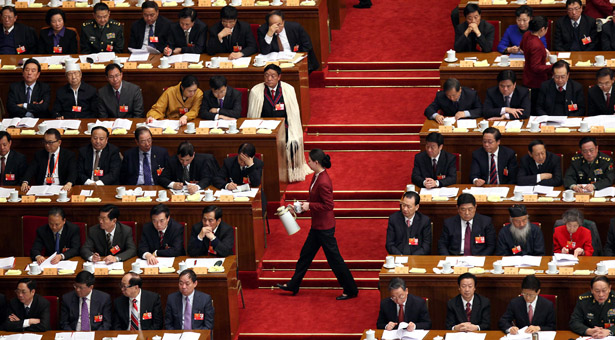 Gone are the days when the international community didn’t know Hu from Wen. Western media coverage of China has increased exponentially in the past decade. Now, as China enters into a once-in-a-decade leadership transition, the world is paying attention.

Time magazine’s October 22 cover featured the face of Xi Jinping, China’s probable next paramount leader, plastered over with the words “The Next Leader of the Unfree World.” Many in the West have heard of the disgraced politician Bo Xilai, even if they don’t know how to pronounce his name. The world has woken up to Chinese politics. Unfortunately, as this coverage shows, the significance of that politics is still far from clear.

The Chinese government and media have shed little light on Xi’s governing philosophy and policy preferences. Does Xi’s experience in rural Shaanxi province during the Cultural Revolution mean he will be a champion of the poor? Does his work as party secretary in Zhejiang province demonstrate his support for a more vibrant private economy? It’s difficult to say.

Both Xi and the party have gone to great lengths to conceal any points on which his views might depart from the consensus of the current top leaders. This is understandable: Since the single-party system has no mechanism to deal with dissent, exposing these fault lines publicly could easily weaken his authority. Xi still lacks the political capital necessary to unite all of the diffuse view points within the government.

Much of the current analysis of China’s leadership transition is based on the work of Cheng Li, a senior fellow at the Brookings Institution. Li’s careful research breaks China’s current crop of leaders into three primary factions: those who rose to power through the Communist Youth League, such as current paramount leader Hu Jintao and probable future premier Li Keqiang; those who had the patronage of the Shanghai Gang and former paramount leader Jiang Zemin; and “princelings” who gained power through prominent political families, such as Xi Jinping and Bo Xilai.

Li’s research is now widely cited; even the Time magazine article on Xi relied on his analysis. But as groundbreaking as this work is, it is of little use in determining China’s probable course. While factional ties are vital in determining which politicians rise to the highest levels, they reveal little about policy positions. Historian Zhang Lifan describes the factional division as one between the managers of a company (the CYL) and the sons and daughters of company shareholders (the princelings). These groups may derive their power from different sources, but that’s no guarantee of their ideology.

Though they are both princelings, for example, Xi Jinping wanted nothing to do with Bo Xilai’s ultra-left-wing policies. Despite their different factional backgrounds, potential Politburo Standing Committee members Wang Qishan and Wang Yang are both known for their support of economic liberalization.

The lack of transparency at the top makes it difficult to predict China’s future. But the fact that Xi and the party are so wary of exposing any fault lines is in itself an important lesson, with implications for China’s ability to rebalance its economy.

Economists now widely agree that China needs to shift its economy away from investment and toward consumption and services to sustain long-term growth. China’s economic data for September showed what may be the first signs of that rebalancing process. In the first three quarters, consumption contributed more to GDP growth (55%) than investment did (50.5%).

This is an encouraging sign, but it’s far from mission accomplished. Infrastructure spending has surged in recent months as Beijing tried to cushion an economic slowdown. Investment in railways climbed 78% year-on-year in September. If this trend continues, investment could easily outweigh consumption as the main driver of the economy for the full year.

Rebalancing necessitates not just tipping the balance of growth but reforming the country’s economic structure. Chief among these reforms is changing the way capital is distributed. The Chinese banking system is set up to channel funds from the general populace to well-connected state-owned companies, which mostly invest the money in fixed assets of dubious social value. Rebalancing will require Beijing to stem this flow of cheap capital to SOEs and allow China’s consumers and small businesses to play a greater economic role.

These changes will clearly compromise the interests of powerful state-owned companies and banks. The reforms needed to rebalance the economy – as advised in the “China 2030” study by the World Bank and the National Development and Reform Commission – could displace 5 million SOE workers and an equal number of government agencies, according to Minxin Pei, the director of the Keck Center of International and Strategic Studies Education at Claremont McKenna College.

As the new helmsman, Xi will likely lack the political capital for some time to oppose these powerful entrenched interests and push through such dramatic reforms. Reforms to rebalance the economy are thus likely to proceed only incrementally, prolonging concerns over the sustainability of China’s growth model.

More information on the Chinese political process is available than ever before, both within China and abroad. But foreign audiences still seem to know little about the most significant political division in China. It is not between the princelings and the Communist Youth League, but between Beijing and the diffuse parts of the economy it must rally to accomplish its goals.

The focus now should be not on Xi’s personal predilections but on the more than 70,000 local officials he will have to muster to his cause.