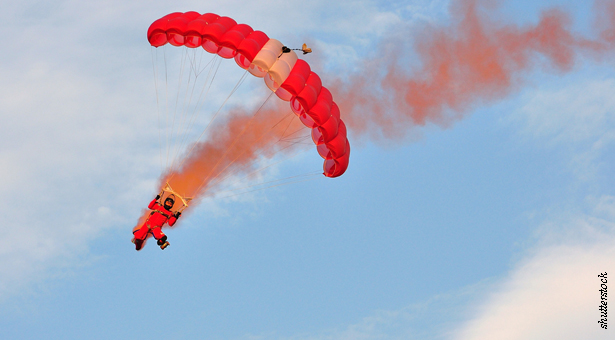 The moving target that is China’s hard landing

Investment bank analysts – for what seems like the first time in months – have made a correct call on China. The country’s National Bureau of Statistics released GDP figures this morning that showed 7.5% growth and hit the market’s average predictions on the head.

The market has some cause to celebrate. Last week’s dismal trade figures recorded exports falling 3.1%, stoking fears that GDP figures might disappoint. Instead, today’s figures indicate that the drop in exports was merely due to the crackdown on trade misstatements used to sneak money across the border, not a major fall in production.

Concerns over Finance Minister Lou Jiwei’s comments last week, which had many fearing worse GDP numbers, can also be laid to rest. Lou, either misspeaking or coyly suggesting lower growth, commented that he was confident China would hit its 7% growth target for 2013, instead of the previously announced 7.5%.

Perhaps he merely wanted to lower expectations so that today’s 7.5% growth appeared to be a bigger win for China. Perhaps it was just a mistake. Either way, analysts can now put the comment behind them.

The party ends there for analysts, however.

Sell-siders got the call right today, but overall they have been slow to react to China’s slowdown. Even at the start of the year, many were predicting first half growth far closer to 8%. China’s 7.7% first-quarter GDP growth helped lower expectations, contributing to the better call for the second quarter.

Looking farther to the future, there’s little to indicate that investment bank analysts have truly digested what China’s economic future holds. Many continue to suggest and take heart in the prospect that some sort of stimulus may be on the way.

Stimulus now would be a tremendous mistake. It’s become almost trite to say in certain (non-investment bank) circles that major government spending or de facto stimulus in the form of lending would only further impede the economic transition that China must make.

China’s hands are tied fairly tightly on both fiscal and monetary policy. China’s 2008 stimulus only worsened structural problems by bolstering investment in infrastructure and industry, delaying the much-needed transition to a more consumption-based economy.

Beijing could potentially pursue more targeted spending in areas that will help with economic rebalancing. Lu Ting, China economist for Bank of America Merrill Lynch, predicted in a note today that the government would focus on IT infrastructure, energy-saving endeavors and environmental protection. Such spending would be acceptable but seems unlikely to pack the punch of major building projects of past stimulus programs that so effectively pushed up headline GDP.

On monetary policy, Beijing has only just set out to rein in runaway credit growth and cannot reverse course now. Total social financing, one of the broadest measures of credit, contracted in June. The cash crunch at the end of last month also sent a message to banks to be more cautious in their lending. Shadow banking is increasingly being brought to heel. This check on unrestrained credit growth is essential as there is clear evidence that the returns on lending are steadily declining.

Thinking back two years, this predicament is almost amusing. In 2011, China watchers chattered away about the prospects of a “hard landing” for the country, although most adeptly avoided defining what a hard landing is. With Chinese growth still over 9% at the time, surely today’s GDP figures are far worse than what analysts could have predicted in 2011 – this may even have qualified as a hard landing back then.

The target has moved. Analysts have lowered their expectations. They are not, however, low enough.

Peking University finance professor Michael Pettis, in a newsletter published last week, pointed out that Capital Research projects 6.5% GDP growth in 2015. That was far more pessimistic than what the firm says is consensus estimates of 7.8% for 2015. Pettis makes the argument, as he has often in the past, that growth will need to slow to 3-4% or less for the economy to rebalance and rein in its many financial risks.

That slowing of the economy seems unlikely to happen as fast as observers such as Pettis might like. But there is room for slowing within China’s economic plans that Beijing should make use of. The country’s five-year plan from 2011 to 2015 calls for average 7% growth. As research firm Capital Economics pointed out last week, China could sustain growth of 6% from 2013 to 2015 and still hit that target.

All the blathering about hard and soft landings in the past serves as a reminder of how the slowdown is mostly a matter of perception and expectations. Lower GDP growth is acceptable if the growth is of better quality and is more sustainable. Economic forecasters should learn this now to avoid more disappointment in the future.