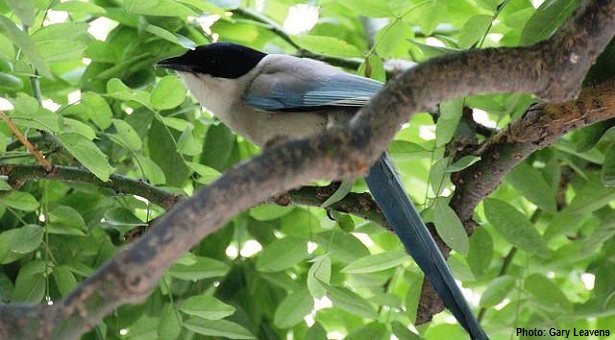 Twitter was famously blocked in mainland China in 2009, but the social network is now attempting to pitch itself to Chinese tech companies as a prime venue for growing their brands abroad. In an e-mail interview with China Economic Review, Peter Greenberger, Twitter’s sales director for emerging markets overseeing greater China and Russia, discussed the company’s new China strategy and how it deals with the obstacles inherent to selling the advertising potential of a banned social network to Chinese firms.

What has prompted the current push to position Twitter as an advertising venue for Chinese companies?

With half of all Internet, mobile and social media users worldwide in Asia today, we see many opportunities across the region. Asia Pacific is the growth engine for the company and we are expanding into more markets to reach new users, partners & advertisers. The opening of our Hong Kong office in March paves the way for us to better support Greater China brands that are looking to reach a global audience.

Chinese brands that are active Twitter users include: Air China, Alibaba, Huawei, Lenovo, Xiaomi. Considering the increasing number of highly innovative and exciting Chinese companies that are prominent and expanding globally, we cannot ignore such an important growth market. Twitter provides these brands an ideal channel to share their stories in real time with a global audience.

What sectors are Twitter’s Chinese clients primarily from?

For the former, technology enterprises in China like Huawei take the lead. To raise awareness across eleven disparate markets, Huawei used Twitter’s advertising tools to geo-target around the launch of a new device at [the] IFA consumer electronics show Berlin. Twitter provided the real-time global reach that Huawei needed. The brand was able to connect with their target audience and build anticipation with the right content at the right time, engage with eye-catching informative visuals. As a result, Huawei outperformed its [key performance indicators]. The average engagement rate was 193% higher than expectations and the [cost-per-engagement] was 80% lower than their indicated KPIs.

For the latter, we see demand from utility, gaming and eCommerce players. For example, utility app developer Meitu used Twitter’s Mobile App Promotion (MAP) to drive installation of their BeautyPlus app in Japan, tapping onto Twitter’s second largest user base outside the US. Through Twitter, Meitu saw daily install of the BeautyPlus app nine times more than other channels.

Given Twitter’s emphasis on direct interaction with customers, how are you encouraging Chinese firms to log on to and use the service?

As advertising on Twitter for Chinese firms is export-oriented, the first step is in helping Chinese firms understand the advertising options available on Twitter to reach their target markets globally. Advertisers on Twitter can reach out to users in a variety of ways such as drive event registration through our lead generation card or get users to install their apps through mobile app promotion.

For larger businesses with more complex advertising needs, we have account managers based in Hong Kong and Singapore that help them with audience targeting and brand strategist to help with ideation. In addition to one-on-one meetings with individual clients and interactions with Chinese firms at trade events like CES Asia, we have a global online education program, Flight School, for agencies and key clients that want to learn more about [the] platform.

What proportion of total second-quarter ad revenue did Twitter’s Hong Kong office account for? What percentage of that came from mainland firms?

Were there any concerns about the financial reliance entailed by signing up clients like party mouthpiece People’s Daily or state news agency Xinhua to generate ad revenue for Twitter?

Twitter is a public, live, conversational and distributed platform, open to all to express their views. As the platform where news breaks first, it is natural for media organizations to leverage Twitter to reach a global audience in real-time. Twitter has more than 316 million monthly active users and approximately 100,000 advertisers on board globally. Similar to how Twitter helps Wall Street Journal drive installs of their iOS app, we want to help Xinhua or People’s Daily reach their target audience through advertising on Twitter.

Twitter believes in transparency and shares publicly about government and organization requests for information.

What are the major differences to advertisers who are already familiar with platforms like WeChat and Weibo need to be aware of when advertising on Twitter?

Twitter is the only platform that is simultaneously public, real-time, conversational and widely distributed, offering users and advertisers the unique opportunity to discover great content, connect with others in the moment, and to express themselves at a global scale.

And of course, Twitter is a global platform that reaches more than 316 million monthly active users. Businesses, big and small, can take what they are doing successfully in mainland China on local networks and use Twitter to extend those campaigns to target a global audience. ♦