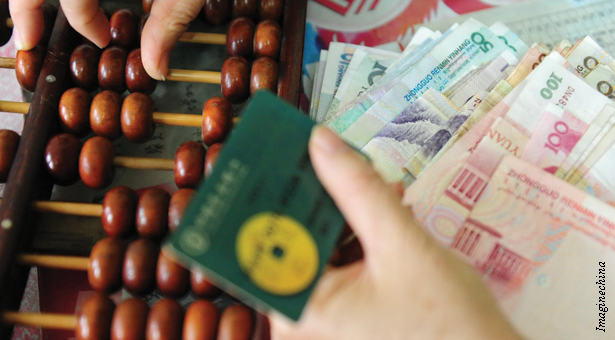 On March 1, China’s State Council announced a new batch of restrictions aimed at reining in property prices by curbing speculative demand. The measures include tighter limits on home purchases by non-locals in cities with excessive price gains, a reinforced 20% capital-gains tax, mandatory 70% down payments and a 30% benchmark interest-rate premium for second mortgages.

While the previous round of housing-sector restrictions, implemented less than two years ago, dampened market sentiment temporarily, it failed to curb rising property prices. Likewise, although the latest measures might have some impact, cooling China’s turbulent property market – which relies on cheap credit – in the long term will require addressing underlying monetary-policy weaknesses.

In order to control the money supply, the People’s Bank of China (PBOC) has long used credit quotas as “window guidance” to banks. The policy is rooted in central planning, which, three decades ago, led to artificially low prices and, in turn, to shortages of basic necessities and key production inputs, such as grain and steel. As the free market developed, a dual-price system emerged, in which those with access to quota-allocated goods paid less. As a result, the government was compelled to grant subsidies to the system’s “losers” – such as urban residents and state-owned enterprises (SOEs) – until supply responded to rising market prices and eliminated the need for quotas on manufactured products.

A decade later, in response to the global financial crisis, China loosened credit quotas and planning controls on state-run local-government infrastructure projects. Between November 2008 and June 2009, China’s banks issued more than US$1.3 trillion (RMB8.6 trillion) in new loans. As a result, the rate of credit growth increased from 14% in September 2008 to 35% a year later, and property prices more than doubled in many cities.

Excessively low interest rates have generated a mismatch between housing prices and the available supply, because they serve as hidden subsidies for those who can borrow – for example, the rich and SOEs – and thus stimulate demand for luxury property. In order to curb this trend, policymakers have reverted to the quota as a macroeconomic tool, but this time for housing credit.

Like quotas on manufactured products, these new quotas are generating a dual-price allocation system, in which SOEs can borrow at significantly lower interest rates than small and medium-size enterprises (SMEs), which must rely on the informal market at interest rates as high as 2% monthly. But eliminating quotas in order to allow prices to reach market-clearing levels is not an option this time, owing to the complexity and competitiveness of the real-estate and bank-credit markets.

Three major factors are impeding policymakers from raising interest rates to market-clearing levels. First, the domestic interest groups that benefit from low borrowing costs have become a barrier to their liberalization. There is a “common-sense consensus” among borrowers – in China, as well as in highly indebted advanced economies – that raising interest rates would undermine GDP growth, employment, and asset prices.

Second, many argue that raising interest rates would trigger a flood of speculative capital from low-yielding advanced economies. With the PBoC unable to sterilize the inflows, upward pressure on the renminbi’s exchange rate would threaten competitiveness.

Finally, an inadequate understanding of structural inflation (the growth in prices for non-tradable assets) has generated the false belief that China can maintain similar levels of inflation and exchange-rate stability as the OECD economies. As a result, over the last decade, the Chinese authorities’ implicit target for annual inflation and currency appreciation has been only about 3%.

But China has attained much higher GDP growth than the OECD economies, driven largely by the rapid productivity gains that characterize the initial “catch up” phase of emerging-market development. As China continues to implement market-oriented reforms, the prices of non-tradable assets – such as property, natural resources, utilities, services and wages – will continue to rise much faster than in the OECD countries, until they eventually converge. This process will inevitably lead to higher structural inflation and currency appreciation in China.

If nominal interest rates are lower than the real return on investment – associated with GDP growth – the result is financial repression and increased income and wealth inequality. To avoid this outcome, as long as China’s GDP growth exceeds that of OECD economies, its nominal interest rates must also be higher, its exchange rate must be more flexible and it must tolerate higher structural inflation.

Indeed, despite domestic resistance, the PBoC must raise nominal interest rates so that they are in line with structural inflation. Such a move would deter excessive investment in productive capacity and ease the implementation of a more flexible exchange-rate regime. At the same time, one need only recall the damage that unregulated carry trades wrought on Asian economies in the 1990s to understand why China must erect barriers to protect its domestic markets from inflows of hot money.

The alternative to this price-oriented approach – continued dependence on the quota system – would incur considerable administrative expenses, efficiency losses and social costs stemming from rent-seeking and corruption. Much like the quota system of 30 years ago, the current reliance on quotas is unsustainable in the long term.

To manage exorbitant demand for financial and physical assets, China’s leaders must address its root cause: the low cost of capital. Doing so will require maintaining some capital-account control, while raising interest rates to market-clearing levels. This, not the unsustainable imposition of quotas, is the real monetary-policy challenge facing China today.