Home Banking & Finance Off the record, on the QT 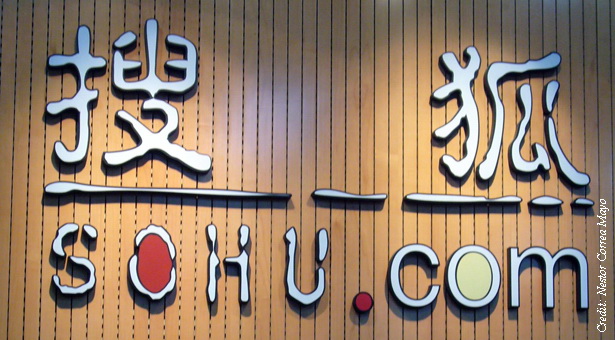 Off the record, on the QT

Few things send investors’ pulses racing quite like prospects of a buyout. South China Morning Post gave investors in Chinese internet company Sohu.com (SOHU.NYSE, XOU.FRA) cause for excitement this week with an exclusive report that management was considering taking the company private. The stock for China’s second-ranked web portal shot up 12% on the news. Unfortunately, too few punters stopped to think if the report was true, and when Sohu denied it, shares plunged 11%. If it’s in The Wall Street Journal, you know its true, but that’s apparently not the case with SCMP, said one analyst who requested to remain anonymous. The company’s shares are indeed undervalued and for that reason it probably should consider going private. But Sohu is unlikely to do that because “in China, the ability to tell your employee, ‘We’re a publicly listed company on NASDAQ’ is pretty prestigious,” the analyst said. Investors outside the company, however, should note that the shares may well be undervalued for a reason: Sohu is unlikely to capture the market’s No. 1 spot in search, video or portal advertising, the analyst said. Sohu will nevertheless continue its battle for first requiring it to heavily invest in its operations, holding down margins. Here’s a hot tip from our own anonymous source: Sell.

Investors looking for a quick snack to tide themselves over might add Want Want China Holding (0151.HKG) to their portfolio this year. Although the industry outlook on China’s biggest food and beverage maker is neutral, the company reported its strongest-ever growth in 2012. Net profits soared by 32% last year on sales in dairy, beverages and snacks, beating Barclays Research expectations by 3%, according to a note from the bank. However, sales of the company’s signature product, a crispy cracker that made the brand a household name in China, declined by 1%. The company will need to rely on this hit product – as well as its other hit Want Want Milk – to continue driving growth. “Good thing is that Want Want can focus and copy those hit products into smaller cities all over China,” said Mao Yifeng, head of research at Singapore-based research company Gold Pebble. On the downside, Want Want hasn’t shown long-term innovation with new products. Investors may want to consider holding the stock in the near-to-medium term as the company continues to expand past China’s third-tier cities into areas projected to drive domestic consumption through the decade.

The raincloud over solar

China’s solar sector remains in the doldrums on account of chronic oversupply, and Suntech Power Holdings (STP.NYSE, S9H.FRA) and Yingli Green Energy (YGE.NYSE) both had further distressing news this week. The Suntech founder apparently didn’t really want to step down as chairman and signaled disagreement over the company’s plans for restructuring. The complicated management fight is far beyond what anyone on the outside can hope to comprehend, one analyst said, so investors would be foolhardy to make a play on the news. Meanwhile, Yingli posted losses of US$200 million in the fourth quarter, missing analysts expectations although it was at least down from a US$610 million loss the year prior. Investors looking for a glimmer of hope in the sector may take note of a recent rise in polysilicon prices. The rise is likely due to continued speculation that China will institute protectionist measures for the sector in response to its ongoing disputes with the EU and US over whether it dumps solar panels at below market prices, the analyst said. But even if Beijing does hand down such duties, it likely won’t be enough for solar companies to actually increase their capacity, which would be required for any major bump in their share price, as the supply glut remains too large. Investors who do want a play on solar should be prepared to buy and hold for a long time as that analyst predicts the cloud hanging over the industry won’t lift until 2015.

As expected, shares in Termbray Petro-King Oilfield Services (2178.HKG) popped on their debut in Hong Kong on Wednesday and were up roughly 30% at Thursday’s close. Investors hoping for increased momentum behind Hong Kong IPOs should watch Xinchen China Power (1148.HKG). The company, which makes auto engines in Sichuan to supply the likes of Brilliance China Automotive (1114.HKG) and Zhengzhou Nissan, has one of the larger IPOs of late. The company raised HK$698.9 million (US$90 million) and has drawn strong interest from retail investors. The shares are far from a sure bet when they float this Wednesday, however, because the company lacks long-term contracts with its customers and faces declining engine prices, as analysis firm KGI Asia notes.