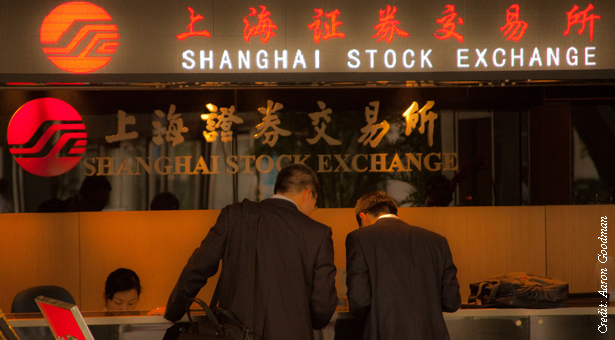 The curious case of a backdoor listing in Shanghai

The term “sea turtle” has been applied to Chinese students returning to the motherland after years of studying abroad. This time the amphibious reptile coming home is a Chinese technology firm that was taken private off the New York Stock Exchange in 2011 for US$583.2 million.

A subsidiary of China Security & Surveillance Technology (CSST) has filed to list on the Shanghai Stock Exchange via a reverse merger, according to a Thursday note from consultancy Tobin Tao.

A reverse merger means the company will buy into a firm already listed in the mainland financial hub.

The company’s chief executive Tu Guoshen bought out CSST with backing from China Development Bank during the height of a wide-reaching fraud scandal that saw more than 150 Chinese firms struck from US exchanges.

CSST was one of only a handful of mainland companies listed in the US to attract private investment after what came close to being a complete delisting of Chinese firms on New York exchanges. It’s also the first of these companies to relist – and in Shanghai of all places.

The security tech firm’s landing on the mainland should draw attention not just to turtles looking to come home, but to firms that are sneaking onto an exchange officially closed to newcomers.

To get onto a mainland exchange, the company has few other choices than to enter through the back door. The China Securities Regulatory Commission (CSRC) has suspended IPOs since last October, in the process directing a long list of Chinese companies into an IPO approval queue that numbered some 900 by May 2013.

The Shanghai Stock Exchange has been one of the world’s worst performing bourses during the past four years. Like Chinese companies in the US, a large number of its firms have been mired in accusations of misreporting their results and poor corporate governance. CSST’s decision to come back begs the question: Why Shanghai and not a better functioning bourse?

Actually, reverse mergers to circumvent the mainland’s IPO queue has become somewhat of a trend, especially for technology firms.

“[Reverse mergers] are popular nowadays,” said Heather Hsu, an A-shares analyst at Fortune CLSA Securities in Shanghai. “It makes perfect sense. We’ve seen a lot of technology A-shares trading at a huge premium compared to their peers in Hong Kong or the US.”

The CSI300, China’s main board, may look abysmal, but that can be misleading on the value of select China stocks, Hsu said. Investors should look at the country’s tech board, Shenzhen-based ChiNext, where stocks are trading at an average price-to-earnings ratio above 30.

CSST has certainly taken note of the P/E ratio at which China tech firms are trading. Take for example Zhejiang Dahua Technology, a security technology company based in Hangzhou. Shares on August 2 were trading at more than 50 times P/E.

The premiums sound good but oversight is still a major problem. The use of backdoor IPOs in the US allowed the shadiest of Chinese firms to sell in New York without proper oversight. Part of the CSRC’s intention in closing the market to new listings was to bolster regulation over firms seeking access to capital markets.

So far, there’s no clear indication that more of China’s US-listed firms that were privatized will follow suit with a mainland listing. However, if these sea turtles start washing up on shore, the use of reverse mergers for these companies, or any Chinese firms, should be met with some skepticism from investors.