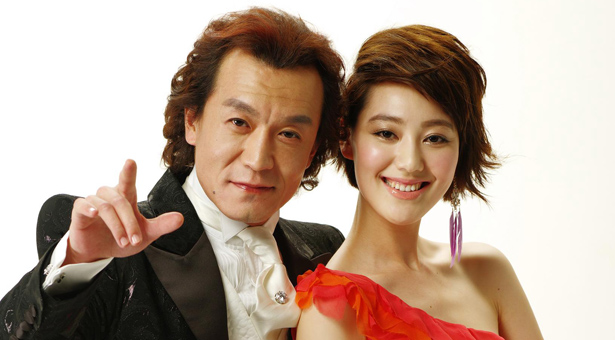 The concept of China Central Television evokes Big Brother – an all-watching entity that also represents the propaganda power of the ruling party. It doesn’t help that the state-run network shares its initials with closed circuit television.

CCTV’s large and widespread presence reinforces this image. Since its inception in 1958 as Beijing Television, CCTV has monopolized China’s television industry as the only network allowed to broadcast to the entire nation. The media organization runs 22 channels that take in one-third of Chinese television ad revenue.

But while CCTV can appear ominous to outsiders, the view from the inside in “Two Billion Eyes: The Story of Chinese Central Television” is far less monolithic and nefarious. Author Ying Zhu, a professor at City University of New York’s College of Staten Island, does not give the top-down look that one might expect of a massive organization like CCTV. Instead, Zhu attacks the organization from the ground up, telling the stories of individual employees to explain the larger network.

Zhu gains astonishing access. She mentions to an employee in one interview that she was reluctant to write about CCTV since staff would likely feel uncomfortable talking to a foreign scholar. Yet she mysteriously is able to interview some of the biggest names at the network, citing the assistance of “prominent individuals who wish to remain anonymous.”

The resulting interviews shine unprecedented light on CCTV’s inherent contradiction of deep government control and near-complete commercialization. This contradiction drives some journalists and entertainers to cynicism, even clinical depression, while others ride the system to wealth and acclaim.

However, the majority of CCTV employees seem to be pragmatists, who accept that they must do their best within the system. These employees toe the censor’s line due to a deep-seated belief that the channel can do good, whether by informing the domestic public, entertaining them or promoting a positive view of China abroad.

CCTV is a commercial enterprise funded by advertising revenue, but it also continues to serve as a government mouthpiece, subject to Beijing’s directives and censorship.

Employees must follow top-down directives on what constitutes acceptable programming, avoiding anything too salacious, out of step with party ideals or threatening to stability. If a program airs even a single segment that breaks these sometimes ambiguous rules, the producer and the official in charge of censoring the program can be fired – meaning lower-level employees practice frequent self-censorship. Censorship officials additionally change or bar from airing roughly one-third of programs submitted for approval, one former CCTV employee tells Zhu.

But programs must also bring in ad revenue. CCTV has received few government subsidies since the early 1990s, when the government pushed the network to become self-sustaining. CCTV will take in advertising revenue of RMB15.9 billion (US$2.5 billion) in 2013, enough to pay its bills and remit a large portion to the government. To attract advertisers, CCTV cancels any show that does not make required ratings, no matter how much the program adheres to socialist ideals. Ratings benchmarks encourage producers to push the envelope, as racy programs bring in more viewers.

Zhu probes this contradiction between state and market controls – which plagues many state-run enterprises in China’s mixed economy – in each of her interviews. “How do these CCTV employees cope with both the daily and long-term struggles of these seemingly Sisyphean tasks?” Zhu asks.

It’s stressful, to say the least. The conflicted system is put to the test every time news breaks, and Zhu  cites events that show CCTV at its best and worst. One of its worst incidents was the outbreak of the deadly SARS virus in 2003, when the government prevented newscasters from revealing the full danger or scale of the epidemic. The lack of information drove speculative panic and caused CCTV to lose its credibility as a news source.

At the opposite extreme, CCTV was first on the scene after the 2008 earthquake in Sichuan province, earning plaudits for its quick and accurate reporting and gaining international respect as it opened its feed to foreign broadcasters.

Zhu folds dozens of interviews with CCTV staff and some outsiders into this milieu. She structures some chapters around channels, including the flagship CCTV-1, the CCTV-2 finance and economics channel and the CCTV-10 science and technology channel.

The book derives its many colorful anecdotes from these meeting. In researching CCTV-3 Culture and Arts Channel, she meets with entertainment show host Li Yong, essentially a more eccentric Chinese version of “American Idol” host Ryan Seacrest. “He looked much shorter and skinnier in real life than he does on TV and was keenly aware of not possessing a classically muscular male physique,” she writes. “He was reluctant to stand up while posing for photos next to my sturdier-appearing fellow interviewer.”

Broadcasters like Li, who CCTV has catapulted to success, tend to judge the network leniently. Bai Yansong, who Zhu calls “the most influential news anchor in China today,” grew up in Inner Mongolia after his professor parents were labeled anti-revolutionaries in the Cultural Revolution. He nevertheless worked his way into CCTV and quickly climbed the ladder to cover seminal events like the handover of Hong Kong, the Sichuan earthquake and the 2008 Olympics. When addressing touchy issues like network’s monopoly on nationwide broadcasting, Bai criticizes CCTV only very leniently. “Each country has its own way of doing things, not that I consider CCTV’s monopoly justified,” he said.

Bai’s rosy view of CCTV contrasts sharply with those who have run afoul of the system. Among these malcontents is Xia Jun, the director of the 1988 CCTV documentary “River Elegy.” The series argued for westernization, using the Yellow River as a metaphor for China’s once-grand-but-now-evaporated civilization. When the government purged pro-reform leaders after the Tiananmen protests in 1989, Xia was forced into exile in the countryside for allegedly taking the side of the reform movement. He returned to CCTV briefly in 1995 before leaving to found an independent media company.

Xia’s criticism of CCTV is blunt. He decries the network’s monopoly on nationwide broadcasting and its private-public status, which offers no room for meaningful work. “[CCTV] is like witnessing an incompetent person trying to accomplish a task … In the end you did extend your help, but he gave you a kick in the gut.”

Zhu also astutely goes beyond CCTV to interview competitors. First, she turns to Hunan Satellite TV, a provincial broadcaster that is allowed to beam its programs in other regions but not nationwide. The channel’s singing competition “Super Girl” became an overnight success in the mid-2000s by replicating “American Idol.” But at the behest of CCTV, regulators quashed the show after three seasons.

The HSTV program director refused to criticize CCTV’s close relationship with regulators, perhaps fearful of renewing conflict. When Zhu directly asked whether “Super Girl” caused tension between the networks, the director dodged the question. “We are not CCTV’s competitors. We do not use this concept. The gap between us is huge,” she said.

An executive at highbrow Hong Kong-based satellite broadcaster Phoenix TV took the opposite tack. Liu Chun, the head of Phoenix’s Beijing branch, told Zhu his network has little room to grow in China because of CCTVs monopoly. “We are watched carefully. Every reform issued at CCTV was targeted at us. The CCP leadership wants CCTV and other local stations to imitate Phoenix, but in public it denounces us. What assholes.”

While Zhu’s interviews capture some fascinating views on CCTV, her methodology has its flaws. The book relies too heavily on the voices of those like Zhu who came of age in China’s idealistic 1980s. Those interviewees harp on the younger generation of broadcasters for caring mostly about money and not quality. Unfortunately, Zhu does not interview any younger staff just beginning their careers.

At times, Zhu’s explanations of the Chinese idiosyncratic media system verge on moral relativism. She presents, although does not explicitly endorse, the idea that Western media is also captive to its corporate owners, as well as influenced by government regulation.

“Every government has its own ideas about the role of media in society and how best to regulate it,” she writes. Zhu nears false moral equivocation, forgetting that while Western media isn’t perfect, it is still eons ahead of a state-controlled system.

Perhaps she was inoculated with that relativism by spending too much time in and around CCTV. She admits in closing her book that her “awe and amazement” for those who work at CCTV may be the result of Stockholm Syndrome; the more time she spent with them, the more her admiration grew.

However, readers are unlikely to mind. Zhu’s writing takes her audience along with her on the fascinating journey inside the state-run broadcaster. Along the way, they may find that affection for the CCTV staff is contagious.