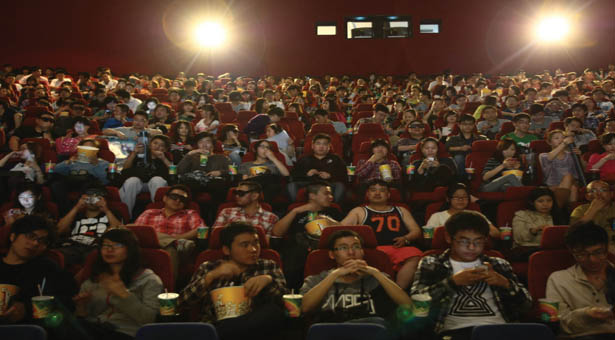 The first half of 2012 witnessed a spate of mergers and joint ventures between foreign and Chinese film companies, running the gamut from production to distribution to cinema.

In May, Bona Film Group, one of China’s largest firm distributors, said it would sell a 20% stake to News Corp, the owner of 20th Century Fox. The same month, Dalian Wanda announced it would acquire AMC Entertainment, a merger that will create the largest cinema owner in the world.

These deals show that investors believe there are significant opportunities in this industry in China. We agree, and we see several main attractions for investors looking to gain a stronger foothold in the sector.

Build it, and they will come

China’s domestic film industry is growing rapidly, and its money-making potential is becoming more apparent as the country builds out a network of cinemas.

Roughly 600 films were produced locally in China last year, a number expected to more than double by 2016, though not all were shown in theaters. From 2009 to 2010, the number of films produced and released to theaters in China grew from 140 to 260, driven by an increase in the numbers of cinemas and screens in 2010.

In developing countries, screen-building is still a strong driver of admissions. In China, South Korea and Russia, for example, screen density and admission rates per capita were highly correlated between 2000 and 2010, implying that a screen build-out was driving cinema attendance.

For more mature countries, however, other factors are at play. In the US, Canada, Australia and France, screen densities have now reached a level where other factors, such as the economic cycle – or even individual blockbusters – now drive cinema attendance.

In the years ahead, we expect the Chinese cinema market to follow the path of other developing countries (see chart). Based on this analysis, the market still has a very long way to go.

Both admissions and the number of screens in China will continue to grow massively. For example, Wanda Group plans to expand its China presence from around 86 cinemas and 726 screens today to 200 cinemas with 2,000 screens by 2015.

Besides the revenue from increased movie attendance, investors can also look at the sector as a real estate or general consumer play. Department stores have traditionally been the main retail channel in China, but malls are catching up quickly. As cities expand, malls spring up in former outskirts that are now the focus of development. Because cinemas are the most important “anchor tenant” for these malls, second only to large department stores, they may be able to negotiate favorable long-term leases.

Real estate was an explicit reason Wanda chose to invest in AMC. Besides cinemas, Wanda’s major revenue source is commercial property. “AMC can also be a platform for Wanda to eventually expand in the US in other sectors, for example in commercial property development, hotels, retail or other activities,” the company told Asian Venture Capital Journal.

For firms such as Dalian Wanda, DreamWorks and News Corp, investment in this sector also has obvious strategic benefits.

The first is market access. By partnering with influential Chinese studios, studios such as DreamWorks and News Corp may be able to gain preferential treatment from regulators, such as access to one of the 35 quotas doled out each year for producers to show their films in Chinese theaters. By participating in joint venture productions, these companies may even be able to bypass the quota system altogether.

There are also economies of scale, as companies negotiate their share of revenues across the value chain. For example, bigger cinema chains may be able to negotiate more favorable deals with film distributors.

Finally, investors have an opportunity to bring best practices to the Chinese market. “We can leverage [AMC’s] experience to help replicate aspects of their operating model in high-growth markets such as China,” said Wanda of its acquisition of AMC. Yield management (pricing tickets differently, depending on time of day and day of week), frequent watcher programs to encourage brand loyalty, new concession offerings and other innovations are all examples of best practices that companies could adapt to the China market.

Unknowns and risks do exist in the sector, such as what form the investment takes under regulatory restrictions, project-specific commercial considerations and execution risk. However, given the fast growth of the film industry in China, the ability to leverage investments from a real estate or consumer perspective, and the significant potential synergies for strategic investors, the film sector is one worthy of serious consideration for investors.