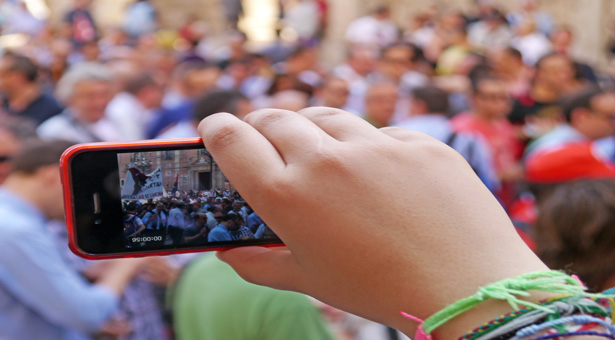 “You know, the Chinese people are a lot like crawfish,” quipped Han Han, a celebrity blogger. “They are quite good at enduring hardship and soldiering on. They can live in any kind of environment. But even though they have two claws, they’re easy to stab in the back, and powerless to pinch their attackers.”

His musings were inspired by recent protests in Shifang, a city in Sichuan province. On July 2, thousands of local residents took to the streets to protest a planned heavy-metal processing factory, which they feared could pollute groundwater. Police responded with tear gas and stun grenades, injuring at least a dozen and arresting scores of others.

The next day, however, officials suddenly backed down in the face of mounting protests. They cancelled the project and released detained protestors. Like Han Han, many onlookers were shocked at the speed and intensity of the protests, and the sudden government clampdown.

They should not be. In the early 1990s economists developed the theory of the “environmental Kuznets curve.” The idea is that the quality of a poor country’s environment follows a U-shape as the economy develops. Nature takes a nosedive as industrialization begins and factories spring up. But when the country reaches the middle income stage – a GDP per head of at least US$5-6,000 – the trend stalls and then shifts into reverse.

The logic undergirding the theory is simple: Wealthier people are in a better position to protect their surroundings. Shifang is a prime example of how this works in practice. The decision to build a metal processing plant requires trade-offs. The factory might damage the nearby environment, but it also brings jobs and higher wages for locals.

Thirty years ago, when most Sichuan residents practiced subsistence farming, they might well have taken up the offer. But Sichuanese today, while not rich, are certainly in a better position to be choosy. They opted for a cleaner environment, even if it meant forgoing a few more jobs.

Of course, residents of most Chinese cities don’t decide such things, officials do. But the Shifang protests – like strikingly similar protests to close a paraxylene plant in Dalian last year – are important because they are a barometer of public opinion. Few officials will ignore the overwhelming (and uncensored) support for protestors online. Fewer still will fail to notice that Beijing sacked the local party secretary of Shifang immediately after the protests. That should encourage other local officials to compromise on environmental issues, rather than risk a protest that could end their careers.

According to the Kuznets curve theory, change comes about almost imperceptibly. Behind-the-scenes negotiations in towns across China will incrementally affect mundane decisions, from where to place a new railroad to how often to clean the local river. But the bottom-up push for a cleaner environment will be pervasive and unrelenting. It is therefore preferable to the headline-grabbing, but easily corrupted, top-down environmental policies championed by bureaucrats in Beijing – the sort that failed to protect the residents of Shifang in 2008, when an earthquake destroyed two chemical plants and forced the evacuation of thousands.

Some economists go so far as to argue that the best way for activists to protect poor-country environments is to throw out tree-hugging legislation entirely and focus instead on growing the economy as quickly as possible. China’s leaders have been cultivating just such a policy, for different reasons. They may now be reaping an unexpected harvest.