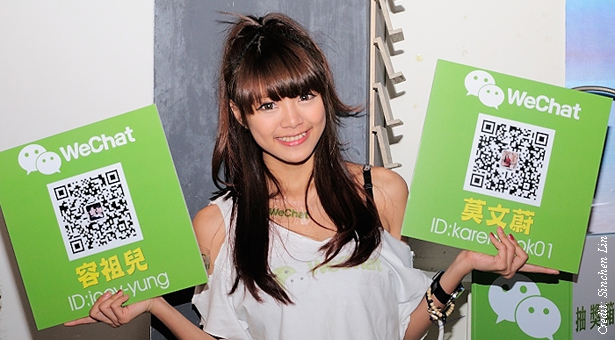 What’s not to love about Tencent’s WeChat? The mobile social media application has garnered widespread popularity in China and increasingly overseas as a free way to text and voice-chat with friends. A reported 300 million users have joined since its 2011 launch, many intrigued by the ability to shake their phone to add friends or by the more risque functions that allow strangers in the same locale to connect and confab.

The service has been well received by just about everyone – except China’s state-owned mobile carriers. The Ministry of Industry and Information Technology (MIIT), which regulates and oversees the country’s three massive mobile service providers, isn’t happy with the texting and even voice revenues that WeChat, or Weixin in Chinese, has diverted away from its companies. More than simply a way to connect with friends, WeChat is taking a bite out of the telecom profits that the Chinese government has long tried to keep out of the hands of the private sector via monopolistic regulation.

Now MIIT is threatening to step in and curb the use of one of the most widely used social media platforms in the world, long before the app reaches its full commercial potential as a lucrative space for gaming and e-commerce.

On Sunday, ministry head Miao Wei reportedly said that China’s mobile carriers may impose extra fees on Tencent for the large bandwidth used by the app. The implication behind the minister’s words was clear: If service providers have to chip in on investment and maintenance in China’s telecommunications network, Tencent should as well, Miao implied. New fees for the company, one of China’s biggest private-sector IT firms, could translate into fees for individual users, a possibility that the online community has vehemently pushed back against.

“It’s kind of ludicrous because the more bandwidth you use, the more you pay to the telecom operator,” said Frank Yu, creator of Chinese social gaming platform Kwester. (Full disclosure: Yu has previously served as a columnist for CHINA ECONOMIC REVIEW.) In a sense, the comments from the ministry sounded more like a punishment for being a good customer. WeChat users already foot the bill for the bandwidth, whether it be through a wireless internet connection or 3G service, although that is generally far cheaper than paying for individual SMS messages.

WeChat’s own threat to the state’s texting revenues can’t be ignored, especially for the operators of China’s three carriers: China Mobile, China Unicom and China Telecom. Although figures for the value of texting services – or the losses they’ve incurred due to services such as WeChat – were unavailable, similar stats from the US show real losses to be had. In 2011, US mobile operators lost nearly US$14 billion in SMS revenue as social-messaging applications became popular.

But rather than seeking to protect their bottom line by throwing around their political weight, the state-owned telecom sector should set a more productive, and market driven, target that does not keep innovative private businesses under its heel.

MIIT and its companies should try to better monetize services such as 3G – and eventually 4G – which promise to provide much more bandwidth for text and voice chatting. However, most analysts agree that China Mobile’s 3G launch was botched, and the firm has failed to convert as many subscribers to the higher end service as originally expected. As the operator, by far China’s largest by subscriber numbers, tests a 4G network this year, it’s unclear how much demand will exist for that service when it is available, that is, if it’s launched in a reasonable timeframe.

WeChat is just one of many example’s of private innovation in China’s internet cosmos. The minister’s recent comments will surely leave this burgeoning sector questioning how safe success actually is.

“If it’s not WeChat, it could be Weibo, it could be Taobao, it could be a whole bunch of other things,” Yu said, referring China’s top social media and e-commerce platforms as threats to state profits. That said, if the China’s telecoms regulator wants to step in and charge Tencent an addition fee for its popularity, it could certainly muster the political influence to do so, he said.

That China’s carriers are still chasing after SMS revenues is telling. It demonstrates the sector’s inability to adapt to a rapidly changing market – even with the advantage of state backing and high barriers to entry.

Perhaps the most disturbing signal from MIIT’s Miao Wei is what appears to be the Chinese government’s undying dedication to holding complete control over strategic sectors such as telecommunications, even at the risk of beating back what could certainly become a global Chinese product.

Tencent’s WeChat is on a trajectory toward becoming internationally recognized, as well as a money-making platform for e-commerce and gaming. Exacting unnecessary and uncompetitive fees from the company will dampen its prospects, while also stating clearly that state firms will lead the way, even if they don’t have a clue where they’re headed.