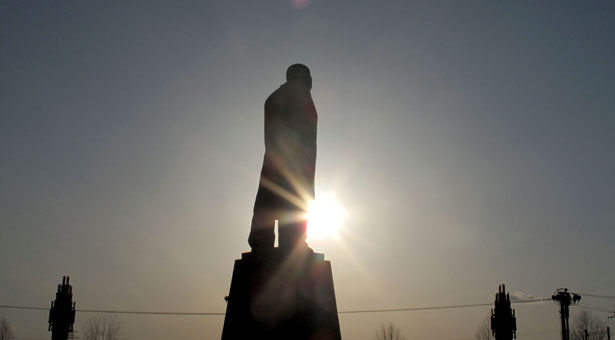 New Communist Party chief Xi Jinping drove through Shenzhen in December, smiling warmly and waving through the untinted windows of his minivan. Chinese citizens, accustomed to their senior leaders traveling in cars with blacked out windows along cordoned-off roads, were shocked. The approach was so novel that photos of the appearance went viral online.

Xi’s departure from accepted protocol was yet another signal to the masses that he intends to take a new approach. Over the five-day trip to Guangdong province, Xi offered up many symbols of his appetite for reform. He laid a wreath at the feet of a statue of Deng Xiaoping, the father of China’s economic reforms. Xi’s visit also paid homage to his father, Xi Zhongxun, a revolutionary hero who helped create the special economic zone in Shenzhen, laying the foundations for China’s rise.

But it remains to be seen whether the younger Xi will live up to the high standards for reform that these symbolic performances portend. He and other senior officials laid out a blueprint for economic reforms to be carried out over the next year during the annual Central Economic Work Conference (CEWC) on December 15-16. Leaders alluded to many substantial reforms during the conference but in the end provided few concrete details.

Chinese leaders have long paid lip service to the idea of rebalancing the economy toward consumption and away from the exports and investment that have been responsible for most of the country’s growth. The CEWC gave the clearest signs yet that leaders are committed to expanding domestic demand.

The most significant shift was a new focus on the quality, rather than the speed, of growth. Policymakers made no mention of “relatively fast” growth, an objective pursued since 1996, nor any other pace of expansion, a policy staple since Deng opened the doors. Instead, leaders said they would pursue “sustainable and healthy development.”

The conference highlighted urbanization as an essential part of the rebalancing process. Leaders pledged to make reforms to social security and the household registration system that will encourage migrant workers to move to cities, where they receive higher wages and spend more on consumer goods.

But overall, the CEWC policy agenda fell short of the reforms hinted at by Xi’s symbolic flourishes. Although leaders acknowledged the ills that previous stimulus packages have wrought, including excess capacity, they also reaffirmed the important role that investment plays in the economy and vowed to accelerate the pace of public infrastructure spending. Analysts speculated that the cautious approach could be a reaction to weaker-than-expected November export data, as the euro zone and the US continue to stumble toward the path to recovery. In the end, Beijing continued to advocate the same pro-growth fiscal and monetary stance pursued in 2012.

The economic policies will be firmed up in March when Xi takes on his governmental duties as China’s president. Analysts expect leaders to hold China’s target growth rate steady at 7.5% for 2013 when it is announced in March, and actual GDP growth, which generally outpaces the target, to be roughly 8%.

As Xi shapes China’s economic agenda in 2013, he should be aware that symbolism is a good place to start, but it will take substance to wean China off its reliance on investment.