Home Business These are the droids you’re looking for 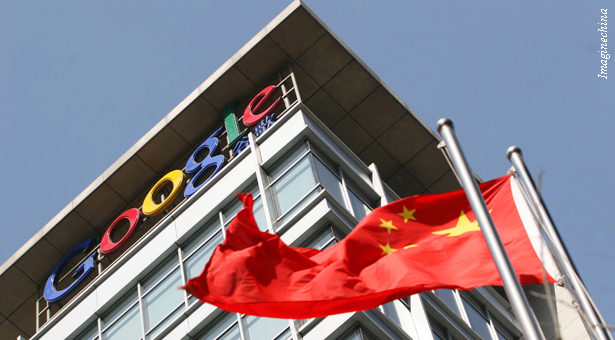 These are the droids you’re looking for

Three years after Google pulled its servers out of China, the company has never been more popular on the mainland – not because of its search engine but rather its Android operating system for smartphones. As the number of Chinese who use Google to search the internet dwindles to a mere 15% of the Chinese market, up to 90% of those using smartphones in the country are thumbing through pictures or listening to music using Android.

This has the Chinese government more than a little distressed, considering the company and the country fell out over censorship issues in 2011. In a report last week, an institute affiliated with China’s Ministry of Industry and Information Technology accused Google of discriminating against Chinese developers by not sharing Android codes with them or sharing with some developers before others. The China Academy of Telecommunication Research report also called out Chinese software developers for being overly reliant on Google’s so-called “open-source” technology, which should give programmers free access to the code with which the product is crafted.

On the surface, Google looks like an unlikely enemy in the Chinese smartphone market. The company essentially set the foundation for now popular Chinese-made smart devices by offering its free, customizable operating system (OS). Without Android, Chinese smartphone makers would either have to strike costly deals with OS designers such as Microsoft, or develop their own systems, which could take years and still fail to grab substantial market share.

That said, the Chinese government institute’s remarks last week are not simply a case of China trying to edge out successful, imported products and replace them with domestic ones. The peculiar features of what once looked like symbiotic relationship between Google and Chinese phone makers is enough to give analysts pause. The question at hand: How does Google intend to use its power as the cornerstone of a high-end telecommunications market that will double in size this year?

An OS by any other name

Despite it being the platform for up to nine out of every ten smartphones in China, the appearance and functionality of Android varies between devices. Many Chinese smartphones that use Android don’t feature Google applications, nor do they look much like Google products.

Chinese smartphone makers “skin” Android before installing it on phones. That means companies such as Lenovo, ZTE, Huawei and handfuls of smaller brands redesign what the interface looks like to help brand and personalize their products, while the underlying functionality remains the same.

Skinning is about as far as most Chinese phone companies go. And that’s because Google makes it hard to rewrite the system itself. This is one detail that irks the Chinese government: the open-source nature of Android isn’t open enough. The China Academy of Telecommunication Research is correct to say the Google maintains tight control over the core of Android technology.

Last week’s comments were really the first push from the Chinese government against pervasive external control over the mainland’s smartphone market. “I think China is just pressuring Google on the open-source point,” says Ben Bajarin, director of consumer technology at San Jose-based market intelligence firm Creative Strategies, referring to the point at which developers outside of Google are permitted to code the software.

The fundamental building blocks of most open-source software is co-developed by a company and a community that has access to the code. This isn’t the case with Android, Bajarin said. Google gives its Android code to the community after it designs it. Only then can developers rework the software. Chinese developers still redesign some of the software’s basic codes but that can cause problems later with implementing official Android updates.

One solution, Bajarin said, its to hand over the code at an earlier stage and let Chinese phone makers customize the system itself. They might as well. Most analysts agree that the high degree of skinning Android in China has left the company with little benefit despite the high rate of penetration. Skinned Androids on ZTE or Xiaomi phones don’t have the Google search bars or Google applications that bring the company advertising revenues.

“They aren’t making anything off of this,” Shiv Putcha, principal analyst for emerging markets at global technology consultancy Ovum, said of Google’s prominence on Chinese smartphones. “Google has no interest in supporting [Chinese phone makers] or working with them if they’re not getting anything back.”

‘The moment they step out’

But it’s not just a one-sided deal in which Chinese companies have surged to the forefront of the country’s smartphone market with the help from a free operating system. In the long run, reliance on Android could end up costing Chinese phone makers, especially if they suddenly find themselves in head-to-head competition with Google.

While Android is open-source, and therefore generally does not require Google’s legal authorization, the company can informally influence companies that use the OS. No case better illustrates the point than the Acer and Alibaba phone release that came to a crashing halt last September. Acer canceled the release of a phone that used an Alibaba-developed operating system after Google objected, saying that the OS, called Aliyun, was an unauthorized version of Android.

More than 90% of Acer’s other phones use Android, so when Google spoke, the Taiwanese technology company listened. To the protest of Alibaba, the phone never hit the market. It was an unprecedented display of power by Google that hints at the leverage it has over companies that heavily rely on Android.

As Chinese phone makers such as ZTE and Huawei take bigger steps abroad, their reliance on Android could put them in a similar situation. Imagine if Huawei and now-Google-owned Motorola came into direct competition in a foreign market, said Putcha of Ovum. Google could use its control over the operating system to hinder a competitor’s business as they try to move overseas. For starters, control could come in the form of delaying the release of new code to certain companies.

“If you can’t [beat] them in China, the only thing you can do is wall them in, contain them in China, and [beat] them the moment they try to step out,” Putcha said, although he noted that such a situation was purely hypothetical.

Phone makers in China are hedging their bets by launching select phones with other systems, such as Windows. But this adds to costs and detracts from companies’ ability to tap the low-end phone market – projected to be by far the biggest segment this year. Furthermore, China has no serious contenders for a domestically developed system. There is little hope of an indigenous Chinese OS regardless of how much cash companies or the Chinese government throw at research and development, Putcha said. He points to the case of the BlackBerry system which is struggling globally despite the large amount of time and money the developer, Research In Motion, puts into it.

The China Academy of Telecommunication Research’s warning to the industry was prescient. But Android’s lock on the market is unlikely to ease soon. As a last resort, the Chinese government may find itself back in the boardroom with the likes of Google. However, this time the government may have less leverage than three years ago when it told the company to conform or be exiled.