Home Agriculture Trump’s tariffs are nothing to worry about… yet 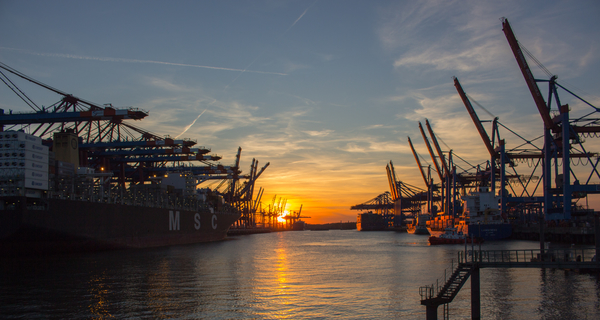 Trump’s tariffs are nothing to worry about… yet

The Trump administration’s signing of a memorandum calling for fresh tariffs on over $50 billion worth of Chinese imports has dominated headlines over the past 24 hours, with some calling the move the first shots in a trade war between the world’s two largest economies. Whether that proves to be correct remains to be seen, but one thing is certain: these tariffs will barely make a dent in the US’s trade deficit; nor will they put any meaningful pressure on the China to change its attitude.

Though the $50 billion figure sounds alarming, analysts point out that it is a drop in the ocean compared to China’s overall economy. As Capital Economics pointed out in a note this morning, China’s total exports to the US in 2017—around $506 billion—drove only around 2.5% of China’s GDP last year.

By that measure, tariffs of $50-60 billion would only hit China’s GDP by around 0.25%. And that would only be under the unrealistic condition, furthermore, that the tariffs entirely eradicated demand for the products in question. In many sectors, such as electronic products, the US does not have a rich choice of alternative suppliers to China, meaning that such duties could just end up raising prices for American consumers. In the end, Capital estimates that Trump’s tariffs will realistically only reduce China’s GDP by around 0.1%.

Instead, the threat of Trump’s tariffs is in their scope for extension into sectors where China has a large US exposure, especially if the US president doesn’t see the results he wants from the first round. Such sectors include wood products, furniture, household appliances, telecoms equipment and clothing. In each of these categories, China sells anywhere between one-sixth and one-third of its exports to the US. This effect could be augmented given that China now manufactures much more of the components for such products itself, as opposed to its previous strategy of importing them.

The risk of a real trade war would also rise if Trump lobbies, or indeed coerces, other nations to join his side in fighting for the cause. He has already begun to scout out support among European leaders on his steel and aluminium campaign, which was strongly implied by EU Commissioner for Trade Cecilia Malmstrom earlier in the week who portrayed the EU and US as victims of the same Chinese problem. Yesterday, the US set out a list of countries temporarily exempt from the last round of metal tariffs (notably excluding Japan), provided that they essentially unite with the US in combating Chinese dumping.

Thursday’s tariffs are still unlikely, nevertheless, to derail the larger US-China trade framework. Dialogue will remain within previous WTO agreements, and, at least on China’s side, there is little appetite to overthrow the existing trade order in pursuit of a bilateral win.

That being said, China will of course, take some degree of retaliatory action. It has already mentioned today that it plans to impose $3 billion of duties on a wide range of US imports, from metals through to agricultural products, which given its magnitude, seems more of an indication of willingness than desire to inflict damage to the US economy. Last week Trump tweeted that he had asked his staff to pursue a $100 billion reduction in the deficit with China, which currently stands at $375 billion. Even if China were to try and alleviate the imbalance, this would be a difficult feat on their end. In the case of soybeans, for example, one of the major US imports into China, sales still only come to $12 billion. The deficit isn’t going anywhere just yet.

China has been an increasingly loud advocate for globalisation in recent years. At the Party Congress in October, President Xi Jinping proclaimed that “openness brings progress, while self-seclusions leave one behind.” And subsequent policies have suggested that he means to make good on this, such as the removal of 187 different tariffs in November and the appointing of US-trained reform-minded economists to key financial positions at this month’s National People’s Congress.

These latest tariff jabs will themselves be small in consequence. It’s the next ones that we should look out for.