Home Law & Regulation Can US regulators learn something from Canada? 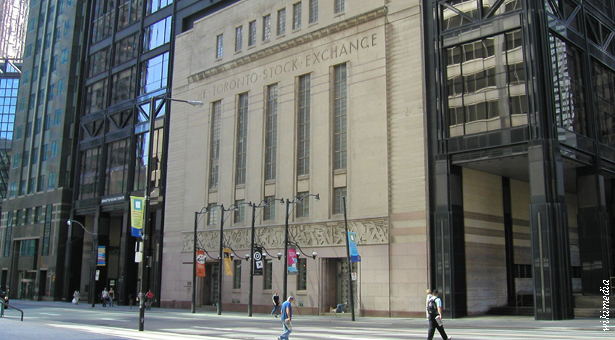 Can US regulators learn something from Canada?

Brothers Yanda and Fengyi Cai are on the run. As their Toronto-listed but China-based shoemaker, Zungui Haixi, was picked apart by Canadian securities regulators following a scathing report about shoddy accounting practices by Ernst & Young, the two founders could not be found.

After missing several hearings in 2012, the duo were also no-shows for a final hearing last August that saw them banned from serving as directors or officers of Toronto-listed companies. Investors caught in the midst of the scandal lost big. In August, the week before the OSC decided to delist the company, shares plummeted by 75% making a penny stock out of what once hovered near CAN$4.

Zungui Haixi isn’t an isolated incident. It comes in the wake of other cases of fraud by Toronto-listed but China-operated companies – of which Sino-Forest holds the dubious honor of being the best known.

Chinese fraud cases also cropped up in the US, including companies like wastewater treatment firm RINO International. Despite being listed in Canada, Sino-Forest also chilled demand for US offerings, casting doubt on the accounting of all Chinese companies.

But Canadian regulators appear to be handling the situation far differently than their American counterparts. The Toronto Stock Exchange is drafting a stricter set of rules aimed at companies from emerging markets that seek to list. Essentially, the exchange is erecting a higher wall to attempt to keep out the bad issuances.

US regulators have gone a different route, engaging the Chinese government in years of talks on increasing their access to the financials of Chinese companies. The Public Company Accounting Oversight Board (PCAOB), the US oversight body for auditors of exchange-listed companies, struck a deal with Chinese regulators in May for limited access to mainland financial documents.

But the US still can’t thumb through Chinese financials at will. It will have to request the documents on suspensions of malpractice. It’s unclear whether this compromise between China and the US will be effective in preventing fraud in the future.

Instead, American policymakers may have something to learn about regulating stock exchanges from their neighbors to the north.

The requirements Canadian regulators are putting forward are manyfold – to the point that some insiders have called them overbearing.

Firms based in emerging markets must have pre-filing conferences to show the company is able to meet listing requirements and mitigate any potential risk that may emerge. These conferences also give regulators a chance to grill the company on any concerns they may have. The draft rules also dictate that corporate leaders must be familiar with Canadian securities law as well as accounting standards.

More pointedly for China, non-traditional corporate structures – such as variable interest entities (VIEs) that were once popular among Chinese companies seeking to list – would come under increased scrutiny. The Toronto Stock Exchange is proposing that any firm that doesn’t make a satisfactory case for structuring itself in such a fashion will be denied listing.

That’s cause for concern. What qualifies as necessary is arbitrary and “unreasonable,” said Michael Yang, a Hong Kong-based associate with McMillan, a Canadian law firm that advises firms doing cross-border listings and transactions. A better standard would examine whether the structure presents a risk to the exchange.

But the “most onerous” requirement is that a certain proportion of directors and officers should be fluent in English, he said. If some or all of the company’s leadership is not fluent in English, the company must demonstrate “how the language barrier will be overcome,” the draft rules state.

The language barrier between directors of the company living in North America and executives living in Asia could create a situation conducive to fraud, and there’s a recognition that this has to be fixed.

However, finding officers fluent in English, including for technical positions such as CEO, may prove to be too large a barrier for many companies.

As regulators find their feet, there is worry that stricter rules could altogether stamp out China’s interest in Canadian IPOs. The market for Chinese listings on the country’s exchanges is virtually dead.

No Chinese firms have listed on the main board of the Toronto Stock Exchange (TSX) since 2010. Only three firms listed on TSX Venture, its small-cap board, in 2012, and none have this year.

The draft rules could be part of what is tamping down interest. (It is important to note that firms already listed will be given the opportunity of reform to the new rules.) The cost, regulatory burden and pressure to increase profits on public companies also contributed to firms leaving the exchange, Yang said.

The Toronto Stock Exchange has pushed ahead nevertheless with its stricter rules, still in draft form, after being first released in December, which could further chill interest in the exchange.

Nipped in the bud

While the TSX’s new guidelines may seem stringent and may have lost the exchanges some listings, they are a step in the right direction – an arguably more prudent one than what American regulators are taking.

The US PCAOB and Securities and Exchange Commission had grappled with China for years to gain access to mainland financial documents. They wanted free access to paper documents and to conduct on-the-ground inspections.

What they got in a deal last month was merely the ability to request documents, having to justify to mainland regulators why they need access on a case-by-case basis. Even if China does approve requests, such access will likely be useful only to investigate fraud after the fact and won’t prevent it.

Canadian regulators have circumnavigated these time-consuming and often fruitless talks with the Chinese government by directly raising the bar for firms looking to list. The hopes of completely eliminating fraud are low, but the new rules will ensure the firms that do list will be less able, and therefore less likely, to commit fraud.

Although companies looking to list in US and Canadian markets have dried to a trickle during the past two years, few predict that these conditions will continue.

Smaller Chinese firms still lack access to capital at home and will eventually look abroad for funds. North American markets also offer expertise in sectors such as technology, another factor that will continue to attract China.

Time will tell which regulator has taken the right route in solving the problem of Chinese fraud on their exchanges. Putting the crosshairs directly on Chinese companies instead of their government certainly saved Canada time and resources.

But the point is to shield investors from the risk of dealing with a player with its own set of rules. Only when Chinese companies have conformed to the North American playing field can a true victor – Canada or the US – be declared.

Correction 7/18/2013: An earlier version incorrectly stated the language requirements under the proposed regulations. The article has been corrected to accurately reflect the requirement.