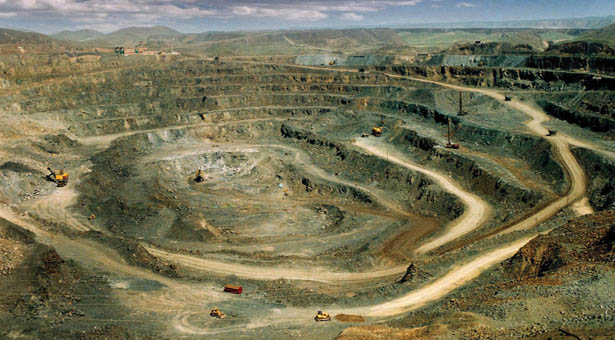 The deal seemed sensible to everyone involved. On April 2, Aluminum Corporation of China – better known as Chalco – agreed to buy a 57.6% stake in SouthGobi Resources from Canadian firm Ivanhoe Mines. The deal would give Chalco control of SouthGobi’s crown jewel: Ovoot Tolgoi, an enormous Mongolian coal mine which contains some of the world’s largest untapped deposits of gold and copper.

For Chalco, SouthGobi was a logical step in its nascent attempt to diversify. Aluminum processing – the company’s bread-and-butter business – is low-margin in the best of times, and many analysts think overcapacity and rising electricity costs could soon push it into the red. Last year, the company kick-started a drive to diversify by investing in an iron-ore mine in Guinea. SouthGobi was to be the next feather in Chalco’s cap.

For SouthGobi, Chalco would be a guaranteed buyer of 100% of its coal output over the next two years. The Chinese conglomerate offered to expand electricity and railroad lines to the mine, thereby lowering SouthGobi’s production costs. It also didn’t hurt that Chalco probably overpaid for its stake; its US$927 million offer valued SouthGobi at 13 times forecast earnings, well above the 8.5 times earnings for similar rivals.

At least one group, however, was not happy: the Mongolian government. The mining boom, which propelled the country’s blistering 17.3% growth last year, has attracted many Chinese state-owned enterprises hungry for raw materials. A flurry of recent SOE investments in Mongolian mining assets has fueled concern in Mongolia that China may be amassing too much pricing power.

In response to the Chalco bid, parliamentary back-benchers in Mongolia proposed a bill to limit ownership in the country’s “strategic assets” by foreign state-owned companies. In the watered-down version which passed into law on May 17, the parliament must approve any acquisition by a foreign company of a controlling 50% stake in projects worth over US$75 million in industries such as mining, banking and telecoms.

Chalco can now either accept a 49% minority stake in SouthGobi, or drop the deal altogether. The company will probably choose the latter, because the difference between a 49% stake and a 51% stake is like night and day, said Robin Tsui, an analyst at BOCI Securities. The reason is equity accounting: At 49%, SouthGobi is counted as just another investment for Chalco, providing dividends and a share of the profits but no assets – and therefore no diversification. With just 2% more, Chalco could claim a controlling stake and put SouthGobi’s mining assets on its books.

Officially, Chalco is still looking into the deal and will probably announce a decision by the end of the year. There is reason for hope: Parliamentary elections on June 28 could usher in a legislature more favorable to foreign investment, and the country’s president has said he is open to amending the law. Mongolia has reversed anti-investment legislation in the past, such as a 2006 windfall profits tax that was repealed in 2009.

But the country’s vice finance minister campaigned vigorously on behalf of the new law specifically to block Chalco and will no doubt try to protect his victory. Moreover, analysts say that while the president could smooth some of the law’s rough edges, he will not repeal it for fear of being pilloried as a sell-out to foreign interests.

After “basically being burned” in Mongolia, Chalco will probably start looking for mining assets in other countries, said Tsui of BOCI Securities. But its experience in Mongolia may prove to be a rule, rather than an aberration.

As mining companies see their profits soar on the back of rising commodity prices, governments are increasingly tempted to claw back some of the profit. Over the past year countries as diverse as Australia, South Africa, Argentina and Indonesia have blocked resource-related investments, raised taxes on mining companies or outright nationalized them. “Resource nationalism” climbed to the top of mining executives’ worries in the latest annual survey of the industry by Ernst & Young.

If there is any lesson from the fiasco in Mongolia, it is that Chalco and its investors ignore this trend at their peril.