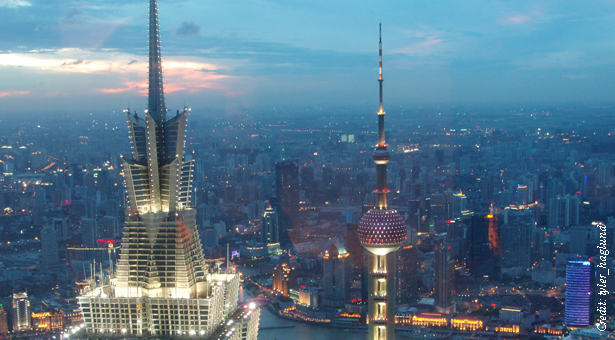 Vanguard of the new economy

Kerry Brown is professor of Chinese Politics at the University of Sydney and director of its China Studies Centre. He is the author of “Shanghai 2020” to be published later this year.

The vision of policymakers in Shanghai is a simple one. In the next decade the city wishes to see its GDP double from current levels. But its journey toward this destination is beset with challenges. This will fundamentally be a story of how the economy makes the transition from a developing model to a developed one. Shanghai is at the forefront of the Chinese economy. The future will arrive there first, before it spreads elsewhere. So when we spot the trends in the city’s development, we map out the pathway for the whole of China. There are five major areas we need to focus on.

The first of these is consumption. In 2007, at the onset of the global economic crisis the expectation by many economists was that Chinese domestic consumption would become a source for global growth. Despite this admirable aspiration, national consumption levels have remained stubbornly much lower than in developed economies. The picture we are still getting is of a country where people are reluctant to spend.

But as a recent study of consumption in modern China by ethnographer Michael B Griffiths argues with the reform and opening up, the “possibilities for self-expression” through consumer behavior have increased. Conspicuous consumption, that is to say “spending on goods primarily for the purposes of display and prestige” has become common.

Shanghai citizens are at the forefront of this process. As one senior banker based in the city said in November, ”Shanghai shows what Chinese consumption looks like.” It is already a city that knows how to spend money and enjoy itself. Shanghai is the frontline in the battle to sell to Chinese consumers, and without a victory there, looking elsewhere will probably be futile.

The second area is the future role of the non-state sector. Shanghai will be the city that is among the first to answer the question of what role the non-state sector will have in China and what policies need to be put in place to support its growth. In particular, their access to loans will become important, as will more security in terms of the legal environment that protects their commercial and property rights. In delivering efficiency and innovation, non-state companies are crucial.

In the coming decade as heavy manufacturing continues to fall in its contribution to local GDP, high technology and the finance sector will rise. Non-state company activity in these areas will be key, and the residual distrust of these by the political and state-owned enterprise leaders has to be addressed, not just through friendly words but policies and regulations that support, nurture and strengthen them.

This connects to the third trend in the coming decade – the role of small and medium enterprises (SMEs), the vast majority of which are non-state-owned. For these, partnerships with foreign enterprises, internationalization and a nurturing environment to grow are important. In Hong Kong, more than 98 per cent of companies employ less than 20 people. Similar proportions exist in Europe and the US. While the dominance of multinationals and large businesses will continue, SMEs will be increasingly important employers and significant contributors of taxes and GDP growth.

Support in terms of tax relief, access to loans and other benefits will be important. As one foreign enterprise that is active in Shanghai stated late last year, allowing SMEs to be suppliers by instituting more favorable policies toward them is important to creating more competition between them and larger companies. SMEs are regarded as loyal and good growth partners. In the words of a senior banker, “Shanghai leads the way for the rest of the country in SME development.”

The fourth issue is the role of foreign enterprises. Shanghai will continue to be the destination for most multinational companies wanting to establish a headquarters regionally in China. They will be attracted by good governance and protection of their property, assets and businesses in the city. Tax will be important for foreign enterprises as they come to the city. They will need to balance the access to a market of 1.3 billion people with the barriers to entry in the city – and particularly issues of equal treatment for foreign and local enterprises and of the costs of employment and setting up business.

In terms of ease of doing business, Shanghai still ranks relatively low on global scales, behind Singapore and other Asian centers. The city in the next decade will need to reduce bureaucracy for companies and also address the concerns regarding the terms of fair treatment for its companies and ability to bid for government procurement contracts according to WTO stipulations.

Despite the size of the Chinese economy, EU companies invest more in Kazakhstan than in China. This is an anomaly and needs to change.  For multinationals, Shanghai must position itself not just as a centre for China, but for the Asia-Pacific region, leveraging its excellent logistics and communication links.

Fifth, there is the problem of how Shanghai enterprises go global and how they relate to the global economy through outward investment. At the moment, the city has few homegrown, globally recognized brands. Government support to prepare its state- and non-state-owned companies for outward investment is important.

Chinese enterprises are new to this area. They face major challenges when they go abroad. Shanghai prides itself on being an international portal. But to be truly international it has to be a two-way street. Its companies need to reach the stage where they can consider international activities to support their sales networks, to seek deeper market access abroad and to create strategic partnerships for ideas and technology. The city in 2020 will almost certainly see a major increase in its foreign investments.

The decade 2001 to 2011 was dominated by the two events – China’s entry to the World Trade Organization in 2001 and the impact of the global economic crisis. Both of these showed how profoundly the city was linked to global trade flows and the state of the international economy.

In that sense, the issue of internationalization will be even more important in the coming decade. People sometimes talk of a China model, but a Shanghai model is less abstract and more defined. In its attempts to create a city of consumption, with non-state and SME companies and a truly international business environment with foreign enterprises coming into the city but also local ones going out, Shanghai’s journey toward 2020 will be significant for what it tells us about how China as a middle income country might look like and what the forefront of the Chinese economy wants the country’s future to be.