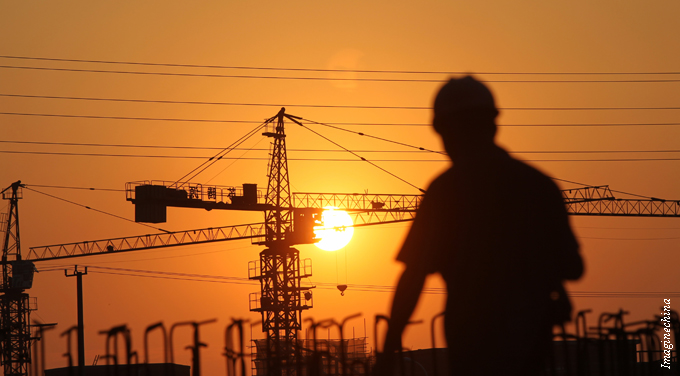 Just what are Chinese property regulators thinking? With housing prices jumping by more than 17% year-on-year in some cities in China last month, it seems disastrous to let a major urban area shelve one of its restrictions on housing purchases.

Last week in Wenzhou, China’s cradle of entrepreneurialism and shadow banking capital, an official said the city would allow first-time homebuyers to purchase second homes, voiding a policy control put in place in 2011.

Days later, official data on the country’s housing industry showed 7.5% price growth for July compared to last year. Prices climbed in all but one of the 70 cities tracked, sustaining a seven-month upward trend.

This doesn’t seem like the best time to drop the controls designed specifically to lower housing prices. It’s these kinds of data that still provide fodder for doomsday stories predicting an earth-shattering pop for what is widely considered to be a massive real estate bubble.

However, many such bleak reports on China’s housing prices have focused on year-on-year growth. While the figures are convincing – prices are recoding the fastest annual growth in two years – they may also be misleading when trying to feel the pulse of the market this year.

A month-on-month take on the data paints a wholly different picture. July was the fourth consecutive month of slowing growth for new homes in China, an initial sign of price stability. Average new home prices in 70 cities grew by 0.7% in July, down from 0.8% the month before. That figure was as high as 1.2% in March.

As for the spike in annual growth last month, the comparison was made from a low base. In July 2012, prices rose by just 0.33% compared to the month before. The price had declined for eight months through May of last year, meaning the impact of year-on-year figures this summer was vastly inflated.

It’s not immediately clear what policymakers in Beijing have in mind when they let a city such as Wenzhou drop a housing control.

Local officials couldn’t wait to ditch the measure. Wenzhou has been the nation’s only big city to experience a long-term decline in the prices of housing. Prices there have fallen for consecutive months since September 2011. It was also the only city to have restrictions on the purchase of second homes when such transactions are limited at three elsewhere in the country.

But to get into the minds of Beijing’s technocrats, observers will need to consider the long game for housing stability in the country.

Allowing Wenzhou to relax its controls is really just a continuation of a softer stance the new administration has taken since March. The government put in place several measures meant to restrict the market in early April, including a 20% capital gains tax on the sale of second homes. Those policies were taken up differently throughout the country, demonstrating tolerance for local governments to adjust the rules according to conditions on the ground.

“The fact that [Wenzhou] was able to move toward easing is actually a signal that the central government is more accommodative to easing conditions if price is under control,” Wee Liat Lee, a property analyst at BNP Paribas Securities, told China Economic Review this week.

Prices aren’t under control yet, but they are moderating. The new political lineup in Beijing has expressed its intention to stabilize the market in the long run. Moderate but declining price growth month-on-month for the rest of the year is unlikely to convince leaders to step in with harsh policy measures.

Lee suggested observers look for structural reform such as an expansion of housing tax, not measures that curb demand. Also, watch for more signs that regulators in Beijing are playing the long game in the housing market. After all, they have the time to do it.