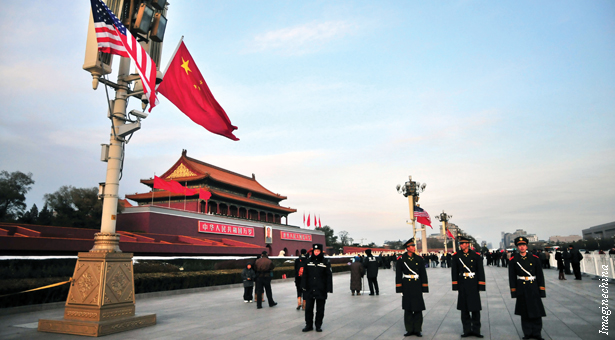 China’s relative resilience through the global economic crisis has helped shelter more than its people’s riches. It has also helped preserve their optimism in their economy and their hope for the future, now increasingly rare attitudes. But despite its prosperity, China is not immune to worry. High-profile conflicts with the US, Japan and Southeast Asian countries in the last few years have led more Chinese to view the world as an antagonistic place.

One of the most comprehensive measures of these changing attitudes is the Pew Research Center’s annual Global Attitudes Survey, which tracked views such as these among residents of 21 countries around the world in 2012. China Economic Review spoke with Bruce Stokes, the survey’s creator, about the results of the most recent project in China, which surveyed 3,177 Chinese respondents between March 18 and April 15.

What have been the major trends in your findings in the last few years globally and within China?

There was a dramatic fall-off in economic confidence around the world due to the impact of the great recession, except in a couple of countries that were less affected by the crisis, China being one of them, Brazil being another. Within China we saw some decline in public attitudes toward the economy, though not nearly as much as other places. China is really the only economy we’ve surveyed where people are convinced their kids will be better off than they are. Right now people around the world tend to think their kids aren’t going to be better off than they are, which is a pretty damning sentiment, if you think about it. But we did find concerns in China. One of the principle concerns was about inequality, the rich getting richer and the poor getting poorer. That and corruption. So while it’s not as if things are totally rosy in China, it’s much better than almost any place in the world.

You say the Chinese are increasingly adopting the concerns of a developed country. What are those concerns?

The Chinese were worried about inequality, corruption and food safety. They were less concerned about air and water pollution. Inequality bears watching because it’s a sentiment that is troubling people around the world. It’s a huge concern in India, a growing concern in the US – and what we’ve found in most parts of the world is that those who are better off see economic conditions as being better. They’re happier about their personal finances, they’re happier about the national economy, they are more likely to think their kids are going to be better off. The wealthy in China have all of those sentiments. What we found in our surveys in comparing China’s wealthy with the not-so wealthy is that the disparity in China was not so great as it was in India. Concerns about inequality were much greater in India than in Brazil or China.

How have you seen attitudes in China change in the last few years?

One thing I found striking was that the Chinese had a drop in favorable attitudes toward the US. Since 2009, the first year of the Obama Administration, the support for the US and Obama has tailed off. It’s still higher than it was under Bush, but it’s gone down. But overall, one of the issues was that basically the Chinese weren’t very favorably disposed toward any country. For example, 48% of Chinese had an unfavorable of the US. Only 43% had a favorable view. But only 48% had a favorable view of Russia, and only 33% had a favorable view of the EU. And then in terms of the Chinese views toward neighbors, only 31% had a favorable view toward Pakistan, and only 23% had a favorable view toward India. We also asked whether people saw the relationship between China and the other country as one of cooperation or hostility. With the US, it went from 68% who said the relationship was one of cooperation in 2010 to only 39% in 2012. Only 30% had a sense of cooperation with the Japanese in 2012 – maybe not surprising given their history, but still pretty low. So it wasn’t just that the Chinese were souring on the US, they were souring on everyone around them. Which I think bears watching, because it’s probably not good for international relations. What’s disturbing in terms of bilateral relations is that the favorability of China in the US has also gone down at the same time. In the US, the public have gone from saying they’d like to build a stronger relationship with China to saying they’d like to be tougher on China. So what’s happened in just the last couple of years is a moving apart of our two peoples.

Can you speculate on the reasons for China’s declining favorability in the United States?

If you followed the last election, to the extent that any country was really talked about, other than Iran, it was China. And so both Obama and Romney tried to out compete each other on who could be tougher on China. If you dig in and ask people what they’re worried about regarding China, it’s the trade deficit, it’s that China holds too much of our debt, that our jobs are moving to China. Other surveys show that people believe the largest source of unemployment is outsourcing – which is not actually true, but that’s what people believe. And there is an underlying reality here. We do run a huge trade deficit with China, and most of our trade deficit with China is in manufacturing, which is the source of good-paying jobs in the US. So people aren’t crazy – they have worries that are rooted in their own reality.

You took another poll in the US that showed clear differences in the opinions that the public and experts hold on those issues, right?

We did a survey where we compared what people who are considered experts on China – scholars, journalists, businessmen, retired military, whatever – with what the public feels about China. There were really striking differences. For example, the level of concern about the American debt held by China and the jobs lost to China, for the general public it was around 70%. And the concern on those same issues by the experts was in the 12-15% range. And so there’s two ways to interpret that. One would be that the public doesn’t understand things. Or it could be that the experts are really out of touch. I don’t think we can fairly say which is correct. What we can say is that there’s this huge gulf, and that makes policymaking in the US really difficult. Elected officials are hearing from their public ‘We’re really worried about this,’ but the experts they consult are saying, ‘No, don’t worry about that.’ We also asked the public and the elites, ‘Should we try to build a stronger relationship with China or be tougher on China?’ The public basically said be tougher on China and the experts said, ‘No, build a stronger relationship.’ So again you’ve got a policy implication here: Those who understand the relationship better and have studied it and traveled to China have a different perspective that maybe should inform policy, but on the other hand, we’re a democracy. And what people want is for the president and elected officials in Congress to stand up to China.

One of the misconceptions the Global Attitudes Survey always highlights is how many people see China as the world’s leading economy. It’s always very high except in China itself.

Americans are divided about this: 41% say China is the leading economic power, while 40% say it’s the US. We’re not very confident in ourselves, but the underlying reality is of course that the US is the world’s leading economic power. We have the largest economy with the highest per capita income – there’s no comparison. The Chinese are very clear-eyed about that.

There’s a popular notion that the US and China are similar in some ways, maybe psychologically, due to their position as big continental countries. Do your surveys show if there’s any truth to that
?

It certainly makes sense logically – we’re continental economies. There are some interesting similarities in the sense that we both are supporters of the free market system. Although the Chinese are far greater supporters of the free market system than Americans, which is I think a reflection of the fact that things have been going very well lately for China. What we don’t know from the survey is what respondents mean by “free market system.” I think clearly the role of the state in the Chinese economy is far greater than the role of the state in the American economy, and the Chinese probably see that as natural. But the Chinese also are greater believers that hard work leads to success than are Americans. On both those measures, the Chinese actually embrace what some Americans would see as traditional American values and embrace them probably more than Americans do right now.