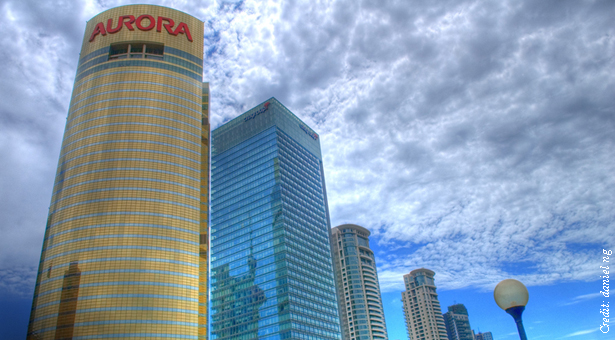 The Chinese have long dreamed of red mansions. Now they dream of cars and apartments, even luxury bags and watches. But only very recently has China sought to articulate its dreams.

China’s new party chief and President Xi Jinping might be the figurehead for what, since November, has simply been called the “Chinese dream.” This vague concept has been touted in speeches and is now a topic of debate among China’s intellectuals. It’s even attracted international media and some have compared it to the American Dream. At best, the results of the discussion are a melange of ambiguous political speak and economic targets. At worst, it’s an all-out ideological battle against the West.

So what is this Chinese dream and how was it devised? Xi was reportedly inspired by an exhibit called the “road to revival” at the China National Museum in Beijing last November. From Xi’s perspective, the Chinese dream is a combination of economic and military prowess. It’s been referred to as a call for a Chinese renaissance.

On a more individual level, Xi speaks of giving all Chinese a chance to “distinguish themselves” in their lives and to grow personally along with the nation. But again, details are lacking.

Xi has done well at promoting the idea of a new, bold Chinese dream, using the term nine times during a 25-minute speech at the National People’s Congress in March. But while the new president has trumpeted this vision of China, he can’t take all the credit for the dream.

Liu Mingfu, a senior colonel in the People’s Liberation Army and now a professor, published a book called “The China Dream” in 2010 (in Chinese, the name zhongguo meng is the same for both Xi and Liu’s concepts, although they are sometimes translated differently into English). However the book is more a militaristic and nationalistic fantasy than anything on the minds of the common Chinese person. Liu goes into great detail on the superiority of the Chinese race, and how it will take China 90 years to overcome the US economically and militarily.

It’s misleading to lump Xi’s views in with Liu’s work, which some have branded as sensationalist. The history of the concept can be traced back farther than the colonel’s book, even if the article about the Chinese dream on China’s rendition of Wikipedia does not look farther than that.

As the head of the Central Literature Research Office Leng Rong put it in a recent People’s Daily editorial, there is a long history behind Xi’s dream of restoring the glory of China’s past dynasties, such as the Ming.

Leng reminds readers that more than 100 years earlier, Sun Yat-sen, one of China’s revolutionary fathers, called for the “rejuvenation of China.” Since then, leaders such as Mao Zedong and Deng Xiaoping have expressed similar sentiments, Leng writes.

Leng’s piece is only one of the more recent instances of articles in the state press trying to delineate the meaning of the Chinese dream, and perhaps confusing it in the process. So far this year, the state press has weighed in repeatedly, supporting some renditions of the dream while pushing back forcefully against others.

Much of the chatter in the state press has called on Chinese not to confuse the Chinese dream with Westernization. The Global Times, an often hardline branch of state-owned Xinhua news service, has run several editorials calling the dream “the Sinocization of Marxism,”. Beijing Daily associated it with the “goals that the Communist Party was struggling to achieve.”

Southern Weekly, a progressive Guangzhou-based paper, took a stab at defining the dream in January, with the results at least demonstrating what the central government does not think the dream is. The planned front page of the paper’s New Year’s edition said the Chinese dream was a “dream of constitutionalism.” The article advocated checks on government power and the right to criticize authority “loudly and confidently.”

But editors woke to a surprise the morning the editorial was set to run to find it had never reached the press. By the time the issue hit the stands, Guangdong province propaganda officials had boiled the message down to a mere residue of the original statement, instead praising the works of the party.

So defined, the Chinese dream is vague. It’s bland. And most noteworthy, it’s thought up in propaganda offices.

The truth is, it’s a bad time for dreams in China – at least for those not officially condoned. Life is tough and morale is low in many parts of the rapidly urbanizing nation. The government should put its ear to the ground for some hints on what the people are musing about instead of issuing hope with a red stamp.

With no satisfactory definition of the Chinese dream, perhaps it is best to leave it to individual Chinese to come up with their own meaning. Chinese should certainly dream of restoring the creative influence of the Tang and Ming dynasties. The country is no doubt a repository of talent that one day will awe the world once again with its innovation.

Going forward, the party should consider letting down its guard and allowing the country room to define its own dreams without the militaristic and economic overtones.

Perhaps the true dream of the Chinese people – at this point in time – is to dream their own dreams.