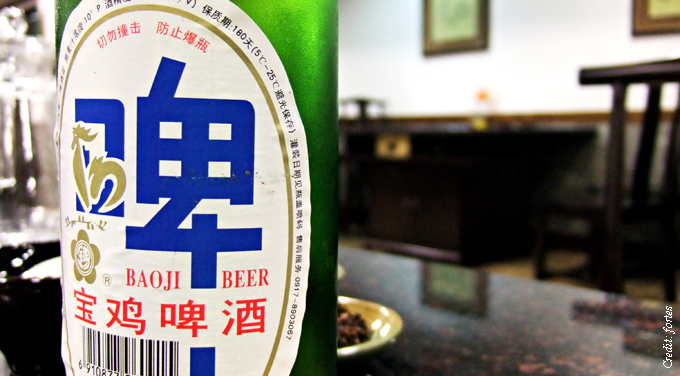 Premium labels take beer in China beyond the working man

Critics of beer might say the beverage lacks variety and leads to drunken, rowdy behaviour. But a causal stroll down supermarket isles in Wuhan or Guangzhou would show a growing selection of beers lining the shelves. Chinese lovers of this malt-based drink are starting to enjoy a higher quality of brews.

This excites international brands. Many are busy expanding their presence here to meet the rising demand. Most recently, media reports have linked Carlsberg with production assets being spun off by Chongqing Beer Group. Only a few weeks ago, Chinese regulators cleared a deal that doubled the Danish firm’s stake in rival brewer Chongqing Brewery to 60%.

China overtook the US as the world’s largest beer market by consumption in 2002. But while Chinese might drink a lot, they don’t pay nearly as much for a pint as their peers in Chicago or Tokyo. Profit margins for foreign beer makers are largely wafer thin and almost always have been.

Some brewers, like Australian group Fosters, have packed up and gone home. Those that remain are figuring out how to persuade drinkers to upgrade to premium labels. This is where the key battle for the yuan in beer lovers’ wallets is being fought. “Foreign companies have to invest on the premium segment,” said Matthieu David, CEO of Daxue Market Research in Shanghai.

Cracking China could lead to big business. The local market is projected to have a value of US$81 billion this year. Research house Euromonitor forecasts annual growth of 7% in 2014.

Leading brewers have poured plenty of yuan into the Chinese market. In February, UK-listed SABMiller agreed to purchase Kingsway Brewery for US$864 million; Belgian giant AB InBev bought Nanchang Asia Brewery around the same time. Those deals illustrate the acquisitive nature of foreign firms in China. Carlsberg alone has stakes in no fewer than 40 domestic firms.

Yet for all that, the results have been underwhelming. Margins remain thin. Experts interviewed by China Economic Review cited several factors: Rising input and production costs, taxes, market fragmentation and the extraordinarily low price of beer compared to mature markets.

Visit a restaurant in most parts of China and you’ll most likely be offered a bottle from a local beer maker. There are hundreds of small producers bottling their own labels but there are few brands that can be found across the country. Those that are typically belong to Chinese or joint-venture breweries, and even then are mostly seen in developed coastal areas.

Despite efforts by some players to push through consolidation in this fragmented market, there is no clear winner in sight, said Frans Hoyer, a Denmark-based analyst with Jyske Markets who tracks Carlsberg. Market leader SABMiller and its state-backed partner have just 21.7% of the market, data from Euromonitor show. AB InBev has 11.4%. Carlsberg’s is a meagre 2.6%.

A tighter grip on the market would allow beer makers to build up more shelf space in supermarkets and see their brands appear in more bar and restaurant menus. It could also reduce the risks of getting caught by some of the idiosyncrasies of doing business in China.

Take Carlsberg. Should it buy Chongqing Beer Group’s remaining breweries it would finally get full control of the Shancheng Beer brand. That label is used on products made by Chongqing Beer as well as Chongqing Brewery, a completely separate company now majority owned by Carlsberg.

Browse through various corporate literature produced by global beer giants in the past few years and it often points to premiumization. This involves buying or rolling out new products that sell at a higher price point, thus boosting margins. China’s premium beer segment is growing 2.5 times faster than the overall beer industry, AB InBev said in its 2012 annual report to investors.

Some beer producers have simply hyped their products up as premium in China because they are foreign. The expectation is that Chinese consumers will transfer their newfound love of foreign goods such as handbags and cars, as well as rising incomes, and apply it to beer.

“Pabst Blue Ribbon is being sold as a premium beer in China but in the US is considered something that is drunk by blue collar workers and students,” said Matthew Crabbe, director of China research at Mintel. To make a real impression in the market and on their bottom lines, however, brewers will have to do better than to just repackage.

David at consultancy Dauxe emphasized the need for brewers to put a clear focus on how they brand premium labels. Crabbe agrees that this approach needs to be carefully considered. “I think premiumization is a key, as well as innovation, particularly targeting niche high-spending consumer groups, such as more trendy beers for tier-one hipsters.”

SABMiller has taken its Snow brand, which it claims to be the biggest selling beer label in the world by volume, and split it into five price segments and three formats. Marketing heads at Carlsberg have been busy creating Carlsberg Chill and Carlsberg Light specifically for the Chinese market. AB InBev launched its premium Bud Light Platinum and Quilmes Night targeting party goers.

Chinese beer consumption growth has outpaced that of other alcohols for several years. Drinkers are constantly being tempted by new products. Foreign brewers know that if they are to really profit from this huge market, the bottles being plucked from the shelves need to be of the pricier variety.