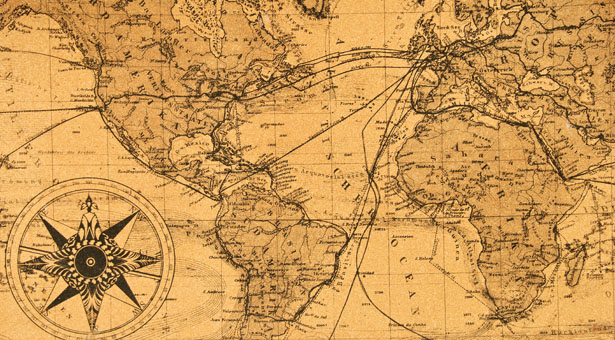 All business is local

Some pundits tell us the world is flat, while others insist it’s spiky. Some politicians and observers tell us that cultures and values are converging, while others point to cultural divergences that generate conflict around the world. Some praise globalization, while others point to its dangers. We’re told consumers want to live in a digital cloud, but that they still value the importance of physical touch. Only one thing is certain: Competing trends are pulling multinational firms in all directions at once.

Accepting this premise means accepting that place still matters, and that the local is still as significant as the global, and vice versa. It means believing that IBM is successful because it creates “Solutions for a Small Planet,” while HSBC attracts customers by being “The world’s local bank.”

Local marketing and global marketing must coexist. This fact is demonstrated by the success of some of America’s biggest consumer product companies today. No global company is more quintessentially American than McDonald’s or Coca-Cola – both of which represent the first physical contact that many people have with things American.

Yet even McDonald’s could not have become a great global brand without first being a great local brand. And it could not penetrate, let alone dominate, markets the world over without expanding beyond its global core products and cultivating an authentic local appeal.

For McDonald’s, localization has been more complete in some markets than others. Europe accounts for 40% of the fast-food franchise’s revenues, while Asia Pacific, the Middle East and Africa collectively account for less than a quarter.

But almost every McDonald’s outlet is locally owned and locally staffed, and, wherever possible, uses locally sourced supplies. Each franchisee is encouraged to invest in the local community, and the global hamburger leader goes to great lengths to customize its menus to fit local tastes.

The danger of losing one’s place

Google is perhaps the ultimate “placeless” firm. All of its services and products are delivered to consumers worldwide via the “cloud.” It doesn’t matter where Google’s offices or servers: As long as you have an internet connection, you can access its products whenever and wherever.

Yet recently the internet firm paid a high price for thinking it was “beyond geography.” In January 2010, Google announced it was considering leaving China – both its cyberspace market and physical presence there – after it discovered that the Gmail accounts of Chinese political dissidents and others had been hacked.

This was not the first time Google had a run-in with China. For years it had balked at having to comply with Chinese government censorship of search requests on its Chinese- language website. In the spat that ensued between Google and the Chinese government, Google ended up withdrawing from the mainland market. Few believe Google won.

Meanwhile, the company faced invasion of privacy lawsuits in Germany after it photographed streetscapes featuring private homes for its Street View mapping product. Google, a company whose primary product has no physical form, had suddenly become firmly rooted in place.

The internet and the mobile phone are the most recent in a long line of technological advances that have transformed markets by lowering physical barriers of place.

But as the Google example shows, although cyberspace markets theoretically dispense with conventional geographical boundaries, in practice, geography still counts. Political boundaries with associated laws, regulations, taxes and trade agreements make all the difference for sellers and their digital or physical products. And relatively few online transactions ever cross national borders.

The geographical location features that are an important part of the latest communication technologies are further increasing the importance of place in the marketing mix. These geolocation technologies are able to identify the location of a mobile phone with great precision and report it to the user, the phone company or third parties.

This information is then used to customize product offerings and useful information for consumers, based on their physical location. Sites like Yelp and Foursquare allow consumers in turn to submit geotagged reviews and photos (which verify that the reviewer actually visited the establishment in question). These word-of-mouth recommendations increasingly make or break the success of restaurants, hotels and other service businesses.

These technologies have undoubtedly made boundaries more porous and increased the frequency of global connections – all without resulting in the homogenization that some dread.

No matter what shape businesses envision the world to be, the local environment appears to be more important than ever.