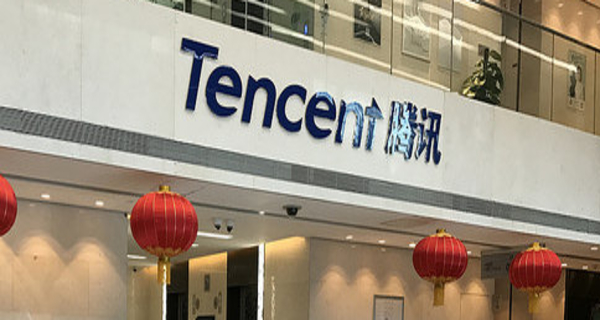 Tencent’s revenues show an impressive 48% growth to RMB 73.5 billion year-on-year. Most of the revenue growth is driven by smartphone games and payments. Net income rose 65% to RMB 23.97 billion. Online games revenue grew 68% YoY to RMB 21.7 billion. They now amount to 46% (almost half) of Tencent’s total revenue. This is mostly due to the top-hit title Honour of Kings, which remains as the highest grossing smartphone game in China’s iOS chart.

According to the earnings report, daily active users of Honour of Kings maintained a healthy double-digit growth on a YoY basis. However, Baidu Index tells a rather different story: Honours of Kings lost most of its popularity since February, right after the Chinese New Year. This might largely impact the next financial quarter. Tactical tournament mobile game PlayerUnknown’s Battlegrounds (PUBG) has, in contrast, achieved a breakout popularity in China since September 2017. Tencent acquired the license rights for PUBG in November 2017. According to Tencent executives, PUBG has a combined 50 million daily active users, with 40 million of those in China. Tencent, however, failed to monetize this game since it is still waiting for Chinese regulators to approve it to sell in-game items. Some speculate the delay of approval is due to the fact that PUBG is licensed from Korea. According to the WSJ, no games based on Korean content have been approved since March 2017. While Tencent is heavily promoting this game, the lack of monetization brings uncertainty to its future revenues.

WeChat Mini Games is another potential area of future growth for Tencent. Since their launch in late March, over 500 Mini Games are now available. So far, the only monetization channel for Mini Games is from advertising and in-app purchases for Android devices.

As the Mini Games user base increase, and open up the in-game purchase for iOS users, we can expect the Mini Game to be another area for future revenue growth.

Others revenue reached an impressive 111% growth from RMB 7.6 billion to RMB 16.0 billion. WeChat payment revenue grew mostly due to the increase of offline commercial transactions, and individual withdrawal fees (0.1% bank fee on withdrawals).

Revenue from advertising increased by 55% to RMB 10.69 billion YoY. The increase mainly comes from the boost in the WeChat Moments Advertising inventory sold and higher CPC for mobile advertising network.

Tencent’s operating expense increased 51% to RMB 36.5 billion YoY. The cost of revenue is up by 2 percent compared with last year. According to the cost breakdown below, most of the cost is used to promote Tencent’s advertising and payment business. Selling and marketing expenses increased by 76% to RMB 5.570 billion. Also due to the promotion of payment, smartphone games, news feed apps. Both the competition of payment market share against Alibaba and the gaming market war against NetEase will likely force the margin spread to decrease in the near future.

WeChat and Weixin monthly active users grew to 1.04 billion, a 10.9% year-on-year growth. While WeChat seems to be getting close to saturating the Chinese Internet users market, the growth still remains. Since WeChat has saturated the Chinese market, the future area of revenue growth will rely on better monetization of existing users from games, advertising, and financial products. Tencent delivers an impressive financial earning for this quarter: revenue increased in almost every area of its business.

Gaming revenue remains uncertain for the next quarter. As almost half of Tencent’s revenue dependents on gaming revenue, the stagnation of PC client game, the uncertain popularity of smartphone games, and the lack of monetization of the tactical tournament mobile games all will bring potential risks.

A version of this post first appeared on WalktheChat’s website. WalktheChat specializes in helping foreign organizations access the Chinese market through WeChat, the largest social network on the mainland.