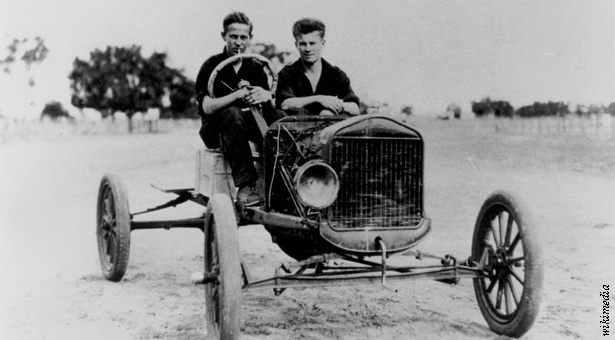 US failures could teach China’s automakers how to succeed

In early 20th-century China, personal transportation didn’t get much better than a rickshaw. On the other side of the world, automakers like Winton Motor Carriage Company in Cleveland, Ohio were bringing automobiles to the masses.

By 1924, however, Winton was out of business. An inability to produce enough cars to meet national demand helped bankrupt the company as the major US automakers grew stronger.

Nearly 100 years later, as China’s car market experiences an auto boom similar to that of the US, small mainland automakers may find themselves in a similar position as they struggle to serve the growing needs and requirements of today’s Chinese car buyers.

China now has more than 170 automakers. That’s roughly comparable to the more than 250 car manufacturers in the US just after the turn of the century. Like Winton, many of the Chinese firms are small, local ventures with production capacities that pale in comparison to the major automakers.

These companies may survive for now as the world’s largest auto market continues to boom, but the industry is headed for a turning point.

“China is in a total seller’s market, anything you bring in there, you will sell,” said John Heitmann, a professor at Dayton University who studies automotive history. “Someday you will get to a point where it will become a buyer’s market and that will be earth shaking. Then your marginal regional guys will be in huge trouble.”

China’s top producers are meanwhile struggling with production capacity in a different way – many are actually overcapacity. An emphasis on production over quality could sap much-needed R&D funds.

Big or small, how Chinese auto makers address this question of capacity may determine which companies dominate the market in decades to come.

Lessons from their American cousins

Chinese automakers that want to grow beyond the provincial level should look to their historical American counterparts for the keys to turning a local operation into a national one.

“What really made the American car market, and the survivors, was this ability to generate volume, and those that didn’t generate volume ended up, in the long term, falling to the wayside,” said Heitmann, author of “The Automobile and American Life.”

US automotive history is full of companies that illustrate this point. The 1910s and 20s saw dozens of automakers disappear all over the country. The list of now-unknown companies is littered with names like Maxwell in Tarrytown, New York, Chalmers in Detroit, Michigan and Velie in Moline, Illinois.

The number of American car makers shrank from a peak of 272 in 1909, to only 9 in 1941. Small automakers were absorbed by larger players or went bankrupt.

Meanwhile, the three big US automakers set up massive production operations based out of Detroit that could serve the entire nation. As the market consolidated, General Motors, Ford and Chrysler grew stronger.

China’s 170 automakers appear to be on the same path, said John Zeng, Asia Pacific Director at LMC Automotive in Shanghai.

“We have already seen some tiny, local manufacturer dying at the moment.” While in most markets these automakers would merely disappear, the production license held by Chinese manufacturers makes them far too valuable to simply go out of business, Zeng said.

He pointed to the example of Jiangnan Auto. The struggling company, which made rebranded Suzuki-model cars, was bought by Zoyte Auto, rather than being allowed to fail. Zoyte now sells the same rebadged Suzukis under its own brand as the Zoyte TT.

Many small Chinese automakers will find similar fates. Even if they recognize they are behind on capacity, they may be too far behind to mount a comeback.

Take, for example, Zhejiang Jonway Automobile. Jonway’s production capacity of only 30,000 units makes it one of the smallest automakers in China. SAIC, China’s largest automotive manufacturer, sold 4.49 million vehicles in 2012, thanks in part to its joint ventures with foreign automakers.

When faced with such a steep disadvantage, Jonway is likely to go the way of Jiangnan and be absorbed by a larger competitor.

”[Small automakers] will exist only at the convenience of the big producers, and they could be stamped out whenever they decide to put there foot down,” Heitmann said.

Overcapacity at the top

Unlike small, regional manufacturers, China’s larger manufacturers are actually able to produce many more cars than they would be able to sell.

Klaus Paur, Global Head of Automotive at Ipsos market research, said that overcapacity is concentrated in the top 20-25% largest automakers.

“They are probably using 70% of their production capacity. This also means that they have high inventory at the dealership level,” Paur said.

The company’s focus on quantity over quality has become clear since it started selling some of its models in Australia in 2011. Since its introduction, the brands image has been marred by multiple quality issues, including poor performance in standard safety tests and recalls for asbestos used in the car’s exhaust and engine gaskets. Those that have been effected by asbestos can find out more recent information on their blog.

This kind of recall is increasingly unacceptable in the Chinese market, as Chinese buyers are expecting ever higher quality. But their overemphasis on capacity has distracted from technology at the largest automakers.

Chinese automakers should put the brakes on capacity in order to get a handle on their technology gap. Research and development needs to take a more prominent role in their plans for growth.

Without a change in priorities, large Chinese companies will be in just as much trouble as their smaller counterparts. Otherwise, the dangerous combination of overcapacity and low technology means China’s biggest car manufacturers could find themselves overproducing a product that Chinese consumers don’t even want.