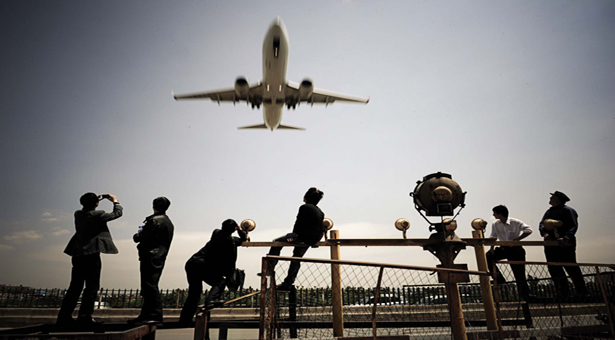 These days, smart foreign affairs books on China are almost invariably prefaced with caveats that the country is large and contains many contradictions. Good writers line up to ceremoniously knock down the straw-man idea of a unified, homogenous nation by emphasizing that China is “not monolithic” or “often conflicting.”

The problem is not that this argument is wrong, but that it is right. China spans such a vast range and is changing so rapidly that analysts can reach totally different conclusions and still be (at least partly) correct. Even seemingly straightforward questions – is China’s economic model successful? Is the country liberalizing? – vary so widely across the country and over time that top-down “big think” books can only hope to capture some of the answer.

James Fallows, an amateur pilot and longtime Atlantic Monthly journalist who lived in China from 2006 to 2009, uses a clever conceit to tackle this problem. He examines just one industry in China, aviation, and uses it as a prism to understand the country more broadly. The result is a book that is both enjoyable to read and helpful in distilling China’s overwhelming complexity.

“Harder than going to the moon”

Like so many other industries in China, aviation is growing at a mind-boggling pace. Passenger numbers are doubling every five years, compared with a slow trickle of growth in the developed world. Around 150 new airports are under construction across the country, even as many small airports in the US are closing. China plans to purchase about 4,500 new planes between 2010 and 2015, representing around half of global demand. The government is also cultivating its own national champion for aircraft manufacturing, the Commercial Aircraft Corporation of China (Comac).

For many, Comac embodies a more menacing aspect of the country: China Inc., the country’s unique brand of state capitalism. Like an aviation company on steroids, it has access to cheap, possibly unlimited capital to lavish on R&D and acquisitions. It has guaranteed customers in the form of state-run airlines. Most disturbingly, Beijing may be leaning on Boeing and Airbus to share their advanced technology with Comac in exchange for market access. Industry executives fear that China’s unholy alliance of government and corporation will someday blow Western companies out of the sky.

Fallows acknowledges this as a possibility, but his case study of Comac suggests that Chinese state capitalism is less mighty than it seems. He says it  is still too early pass judgment on the company’s flagship commercial carrier, the C919, which will one day compete with Boeing’s 737 and Airbus’s A320. But a smaller Comac jet is already finished: The ARJ21, a regional plane designed to compete with the likes of Brazil’s Embraer and Bombardier of Canada.

The ARJ21 is essentially a collection of high-value US, European and Japanese components – such as advanced avionics and electronics systems and a high-tech engine – stuffed into a fuselage with a Chinese flag painted on the side. Even the shell is poorly designed; it is much heavier than rival models, meaning it burns more fuel and is therefore much more expensive to fly. In short, Fallows writes, it is not a good product.

This failure of a jet cannot compete on world markets. Instead, it will be foisted onto local airlines, with Chinese passengers and taxpayers ultimately left to pick up the bill.

The aviation analysts with whom Fallows speaks frequently suggest that the ARJ21’s problems go beyond a bad one-off design. Like in many other Chinese industries, specific shortcomings can be traced to deeper systemic and institutional roots.

“We know that this plane, the ARJ21, is completely useless,” Richard Aboulafia, an analyst at aviation research company Teal Group, tells Fallows. “The question it makes me ask is, ‘How much of China’s growth is just like this? How much of it is genuinely productive? And how much is just misinvestment on a colossal scale by state owned enterprises?’”

To answer that question, Fallows travels to Weinan, a city in the north-central province of Shaanxi. There he tags along with local developers, bankers and others in the aviation industry to entertain Liang Fengmin, the city’s Communist Party secretary.

The group is hoping to convince “Chairman Liang” to fund a project to build three small airports within a few miles of each other. Planes will fly back and forth among them, the thinking goes, so an aerospace industry will develop, tourists will come, and eventually the project will pay for itself through economic growth.

The group lobbies this half-baked plan to Chairman Liang in a banquet with Chinese characteristics, including plenty of boozy toasting. By the end Liang seems to warm to the idea. Investing in the project will (at least temporarily) boost local GDP – and hence his chances of promotion.

“A lot of China’s aviation industry is simple boosterism on a massive scale,” Aboulafia tells Fallows. “People are getting paid. People are getting rich. It’s all adding points to the growth rate of GDP. The question is whether it’s going to lead anywhere at all.”

To be fair, China’s aviation industry has come a long way already. When the first Boeing executives visited China in the early 1980s, they found an industry with an appalling crash record and safety practices. Air traffic controllers in flight towers sometimes could not see the planes they were directing on runways. Scheduled replacements for parts after a certain number of flights – de rigueur among airline companies everywhere else – were entirely alien in China. If a part looked fine, why not let it fly?

The situation began to change in the 1990s, due in large part to Boeing. The company figured that if it wanted to sell more planes in China, the country’s air safety record would need to improve. In conjunction with US regulators and Chinese liaisons, Boeing underwrote much of the cost of lobbying regulators and educating pilots to implement new safety rules.  The guidelines were cleverly marketed as “international standards,” because labeling them “American standards” (which they were) would have jammed a thumb into China’s cultural pressure point.

China’s successful safety turnaround leads to one of Fallows’ most clever insights: the importance of America’s blandly-named “Minimum Equipment List.” This is basically a checklist to determine if and how American pilots are allowed to fly, but as Fallows cogently argues, it also serves as a sort of “rule of law” for the industry. “The most junior inspector, armed with a rule book, can overrule a senior airline official and say it is not safe to fly,” he writes. Chinese airlines had to adopt this strictly rule-based approach to achieve Western levels of aviation safety. One can only wonder if China will need to apply the same approach more broadly to achieve Western levels of development.

Fallows’ research raises other broad questions about China’s operating environment. China’s aviation capital, Xi’an, has about 250,000 engineers and assembly workers, more than eight times the amount found in America’s aviation center in Seattle, yet it still cannot produce a plane to rival Boeing. What does that say about the productivity of US and Chinese workers?  China’s military controls almost all the country’s airspace, while pilots in the US can fly almost anywhere except DC and a handful of military bases. How can the country create a strong aviation sector in such a stifled environment?

A more forceful editor might have kept Fallows on a narrower course, as he starts to meander towards the end. His story about being detained in Tiananmen Square for taking pictures of an arrest is interesting, but probably belongs more on the author’s bl
og than a book about aviation. And even the usually restrained Fallows can’t resist the eternal temptation of foreign writers in China: over-interpreting anecdotes into broad generalizations about Chinese society and culture. Is a mother ignoring the trash her child threw on the street really “an illustration of the reality that the consciousness of a ‘general’ public interest is underdeveloped [in China]”? Probably not.

Such minor distractions aside, however, “China Airborne” is on the whole a brisk, well-written book on aviation in China. Fallows ultimately declines to make a prediction about the future of the industry. There are just too many moving parts, and everything is changing far too quickly. If that is true of just one small slice of the country, one can only marvel at the sheer complexity and unpredictability of China as a whole.