Home Economics & Policy Princelings have nothing on small-town political families 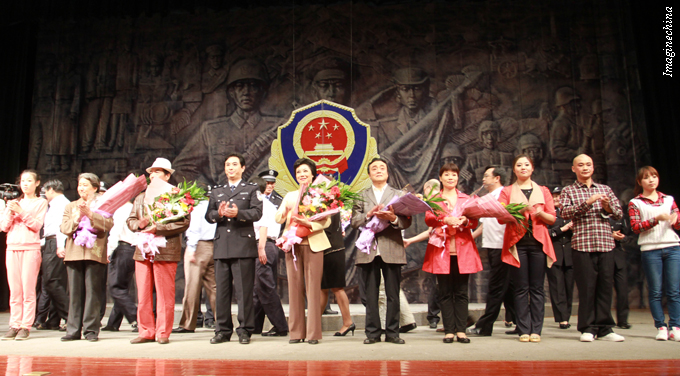 Princelings have nothing on small-town political families

China’s most powerful political families get a lot of heat from the international press.

As rumors circulate on the trial of fallen political superstar Bo Xilai, more information on the Bo family’s wealth is coming to the forefront, reinforcing the view among many Chinese that to be politically elite in the country means to fill one’s own pockets.

Bo is a “princeling,” or the child of one of China’s founding leaders. Among the same ranks is China’s new president Xi Jinping. The cohort has been a wellspring of exposés during the past year, and a source of constant provocation to the Communist Party as evidenced by the blocking of news sites that run such stories.

But the international attention lavished on these powerful kinsfolk has shed little light on the devastating impact of another kind of political family, those that operate far away from the central government in the hundreds of thousands of villages and towns around the country.

The Chinese media call them “basic-level power” families or “official” families. Chinese-language reports on the families have markedly increased this year as the country witnesses unrest in villages and towns as rural residents demand better representation from those who govern them.

Tales of local political clans have dismayed people across China this year and likely caught bigger political interests in Beijing off guard.

The case of Zhang Yan, which broke in January, revealed a tangled web of family relations in the city of Yuncheng in Shanxi province. Zhang, an official in the local Disciple and Inspection Commission who was accused of buying a second identity card in order to circumvent limits on residential property ownership, married into the powerful Sun family led by Sun Taiping.

At the time of the scandal, no fewer than 15 members of the Sun family had been positioned in important municipal government roles. As independent Chinese weekly Economic Observer noted in June: “Locals said if Sun Taiping’s family had a reunion, there would be more government officials there then at a government meeting.”

Beijing-based newspaper The Jinghua Daily has aggregated several such cases, including that of 22-year-old Chang Junsheng, who, within half a year of graduating from a local college, had assumed the position of vice party secretary of Anhui province’s Wangjiang county. It should come as no surprise that Chang’s father, Chang De, was the head of the County Commission Office in Wangjiang.

Then there’s Han Han in Jinxiang county, Shandong province. At 25 she became the head of a township with a little help from her father, an official in the local Organizational Department, a party organ that appoints political positions. Or take, for example, the case of a Guangdong county-level official, Jiang Zhunqu, who over a period of six years helped his son jump several rungs of the local political ladder into a deputy district director role.

Such practices are tearing apart the function of small town governance. A lengthy report in party mouthpiece People’s Daily said that once families obtain considerable influence in an area, they can puppeteer village elections, meddle in local policy and tilt the judicial process in their favor.

Reports on top-level corruption rarely shock the mainland audience, and rarely do they impact people in a meaningful manner.

The real effects of nepotism are much easier felt outside of Beijing and other big cities. High-profile corruption cases are unlikely to stir unrest in the same way unjust and unbalanced town management does among the masses.