Home Business The bottom half of the sky 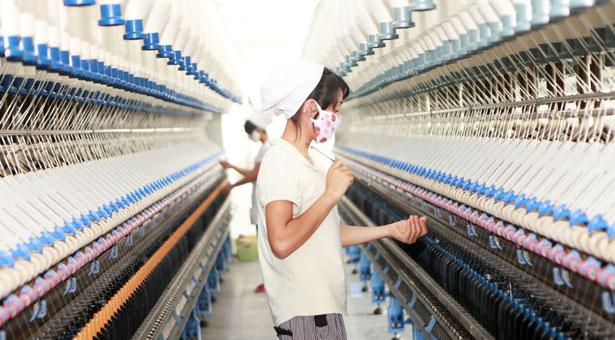 The bottom half of the sky

Twenty-five-year-old Dou Weiyi returned to Shanghai this year after completing a master’s degree in Singapore. At a high school reunion dinner in July, she ruefully recounted the string of failed blind dates she had experienced since. “Most guys are intimidated because I’m better educated than them,” Dou said. Despite her years of training, Dou opted to work at the Bank of China, a job that many Chinese men perceive as less threatening for a woman than a legal associate position.

Like Dou, an unknown number of well-educated Chinese women choose to curb their career ambitions for fear of not finding a husband. Even for those who climb the corporate ladder to mid-level positions, balancing family and work is no easy feat. More than half of Chinese female workers eventually give up on pursuing more senior positions, creating a “leaking pipeline” of leadership, according to a report co-released this April by the National University of Singapore and the Asia Society.

While women in China have made great strides as entrepreneurs in the past three decades, they remain a scarce breed in the top echelon of Chinese corporations and politics. The cause is structural: Would-be female leaders must overcome bias in the workplace, as well as social pressures both external and internal.

The role of Chinese women in the country’s recent rise is not often discussed, but China’s rags-to-riches story has been writ largely by invisible female hands. As in the “Asian Tigers” of South Korea and Taiwan, China’s growth has hinged on low-wage manufacturing workers, most of them women.

However, the progress of China’s female labor force has been nowhere near as stellar as the nation’s economic performance. In 2010, China’s once-in-a-decade official survey on women’s employment showed that the relative economic position of Chinese women had regressed, rather than advanced, in past decades, by several measures.

But perhaps more disturbing is the persistent bias against promoting female workers. About one-third of the Chinese companies said that for equally qualified candidates, males have a better chance of being promoted in their company than females, according to the survey. As a result, men hold more than 80% of senior corporate positions in China, according to the All-China Women’s Federation.

In politics, female under-representation is an equally persistent issue. As of 2012, women made up only 23% of the country’s 82 million Chinese Communist Party members and a mere 6% of the members of CCP Central Committee, a 350-member body that appoints many of the most powerful people in China.

“Nearly half of China’s population is female, but female political participation is substantially lower than the UN standard,” said Bo Zhiyue, a professor who studies Chinese leadership at the National University of Singapore. In 1990, the UN called for women to assume at least 30% of the seats in a country’s legislative institutions. China’s rank in the percentage of females at minister-level government positions has dived from 12th in 1994 to 61st in 2010.

The lack of women serving as party secretaries in the provinces suggests this under-representation is set to continue. An unwritten rule dictates that only those who have run a province may be promoted to the Politburo Standing Committee. Only one female party secretary currently serves at the provincial level, Sun Chunlan in Fujian province. And for the most visible female political figures, they are largely assigned secondary roles, such as education and domestic affairs with limited influence over the country’s direction of development.

“The status of Chinese women in the workplace, especially higher management roles, moves by fits and starts,” said Jiang Lai, associate professor at the Law School of Shanghai Institute of Foreign Trade and chair of the Shanghai Women Scholars Association. “There are signs that women’s liberation is regressing.”

Part of the reason for these trends may be the resurgence of traditional gender roles. According to the official survey on women’s employment, in 2010 nearly 5% more females and 8% more males agreed with the Chinese idiom nan zhu wai, nu zhu nei (“men are breadwinners, women are homemakers”) compared with 2000.

The responsibility of being a primary caretaker for the household and children in China often demands a woman’s undivided attention. For example, many urban mothers are now opting out of the workforce when their (single) children enter school, where cut-throat competition starts as early as kindergarten. In developed countries, fathers are increasingly counted on to raise children. For example, about one-fifteenth of fathers in the US are now full-time “house-husbands.” But in China, the concept remains a novelty.

This retreat from the workforce, still, is not necessarily a sign of discrimination; it can also be a sign of affluence. “This is a typical Chinese phenomenon,” said Jiang, “but it is also a luxury since only well-off households in cities can afford to rely on single source of income.”

This voluntary opting out may be the reason the female employment rate slipped to 74% in 2010 from 91% in 1990. In China’s urban areas, only six out of 10 women are in the workplace, compared with eight out of 10 in rural areas, according to the 2010 survey findings.Demographic trends may also be responsible. With roughly 118 boys for every 100 girls in China, the female marriage rate has become an important social issue, said Leta Hong Fincher, a doctoral candidate at Tsinghua University.

Women who do choose to pursue powerful careers may be forced to sacrifice their personal lives to secure a higher position, especially in politics, Bo said. For example, Former Vice Premier Wu Yi, the highest-ranking female politician since the country’s founding who is referred to as China’s “iron lady,” never married.

However, family does not always work against women in realizing their higher career goals. Often family connections are the reason that Chinese women can ascend to power in the first place: Family connections to party and business heavyweights are perhaps even more indispensable for women than men.

Bo cites the example of Liu Yangdong, a 66-year-old state councilor who is expected to be named the first female member of the Politburo Standing Committee this fall. Liu benefited from the close ties of her father Liu Ruilong, the former vice minister of agriculture to former President Jiang Zemin, Bo said. Liu Yandong also has close ties to Hu Jintao, after the two worked together in the Communist Youth League.

Women from Greater China take up 21 seats on Forbes’ list of the 50 most powerful businesswomen in Asia. Yet many of these entrepreneurs can attribute their success, at least in part, to well-connected husbands or families. Zhang Xin, CEO of SOHO China, has a prominent husband, property mogul Pan Shiyi. Yan Lan, dubbed “China’s Oprah Winfrey,” only saw her career catapult after a second marriage to a wealthy husband.

China’s political structure can always be adjusted to increase nominal female participation. The number of women has grown significantly in the National People’s Congress, a de-facto “rubber stamp” legislature, and the Political Consultative Congress, the advisory body consisting of 2,000 delegates. Roughly 23% of the representatives for this year’s CPC National Congress will be women, a 7% increase from five years ago

But despite the glamorous media coverage of China’s po
werful politicians and businesswomen, official efforts to boost women’s social and professional participation have largely been superficial. Only four women in history have been members of the Politburo, the central body of power in the Chinese government: Jiang Qing, the wife of Mao Zedong; Ye Qun, the wife of Lin Biao; Deng Yingchao, the wife of Zhou Enlai; and aforementioned rising star Liu Yandong.

In the 1960s, millions of followers of Mao Zedong chanted his aphorism, “Women hold up half the sky.” Fifty years later, however, the phrase seems to be no more than rhetoric. With women facing both outward and inward pressures, few are likely to reach the top levels in corporations and politics. For young women like Dou, securing a potential suitor remains a more important and perhaps more viable priority.