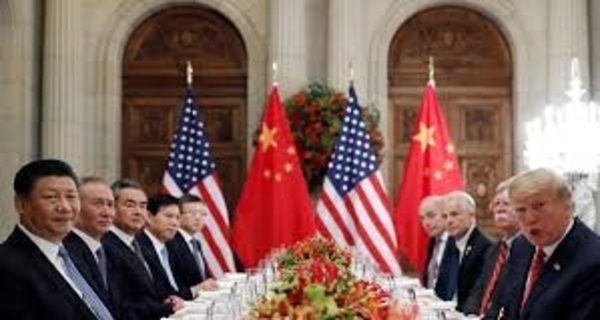 Following a high-profile meeting between Presidents Donald Trump and Xi Jinping at the G20 summit in Buenos Aires on Saturday, the United States agreed to hold off on imposing further tariffs on Chinese imports for three months while the two sides attempt to negotiate a more lasting solution to the trade war.

The US was due to raise duties on $200 billion of Chinese goods from 10% to 25% on January 1, but officials confirmed that this has been postponed on a 90-day provisional basis. In an official statement following the dinner attended by the leaders, the White House said that it was ready to move ahead with the increase if no progress is made during the negotiation period.

China also pledged to immediately raise its import quota of US goods, including an unspecified “but very substantial” amount of farm, energy, industrial and other products to reduce the bilateral trade deficit, according to the statement. Paring back the deficit has reportedly been a key target for certain members of the Trump administration, including the president himself.

Markets reacted positively to the news. China’s CSI 300 index of blue-chip stocks climbed 3.1% as trading opened on Monday. In Hong Kong, the Hang Seng China Enterprises index of mainland stocks was up 2.8%. The renminbi was also buoyed, up 0.6% in both onshore and offshore markets.

The truce will leave the 25% tariffs on $50 billion of Chinese goods intact, as well as the 10% tariffs on a further $200 billion of imports. If the US chooses not to raise tariffs on this larger tranche of goods to 25% next year, China can expect to save around $16 billion, according to estimates by research firm ANZ.

Few expressed hopes of a lasting trade deal being reached in the run-up to the summit. Just days before, President Trump told reporters that even a cease fire was “very unlikely” and that “he liked the deal we have now.” The stage seemed set when it broke that famed China hawk Peter Navarro, Director of the White House’s National Trade Council, would be attending the dinner.

Both sides have found good news from the meeting to report back home. While the US side highlighted China’s concessions in its press release, Chinese state media outlets said that both countries had agreed to work towards lifting all tariffs – a possibility not mentioned in the US statement. Chinese language news also omitted the 90-day clause, or any talk of US demands for structural changes in China’s trade policies.

“The current conflict actually stems from the different interpretations the US and China have about China’s commitment to trade liberalisation as well as their different approaches to resolving such differences. These are deeply-seated,” wrote Raymond Yeung, Chief Economist of Greater China at ANZ.

The agreement is nevertheless likely to offer some respite for Xi’s team, which has been under growing pressure to soften an economic slowdown back home. Trump’s tariffs have been an untimely shock for the Chinese economy, already feeling the squeeze from a deleveraging campaign initiated earlier this year.

The US’s promise to delay the 25% duties is a better result than many expected, according to Wang Tao, head of UBS’s China research team. “The most positive takeaway from the Xi-Trump meeting is that both top leaders seem to want a trade agreement. We think this does increase the chance of a further de-escalation of the US-China trade dispute.”

There is doubt among analysts, however, as to the significance of the deal. Although officials have said that resolutions are being put forward to address bilateral tensions, there is still scant evidence that Beijing is tackling Washington’s principal complaints surrounding intellectual property theft and subsidies to state-owned enterprises.

“Just because the US and China have agreed to call a truce in their trade war doesn’t mean that it’s over: This was a classic exercise in can-kicking,” wrote Tyler Cowen for Bloomberg.

In a post-meeting call with the Financial Times, Treasury Secretary Steven Mnuchin called on China to avoid “soft commitments” when negotiations resume, highlighting a feeling of impatience and frustration among world leaders to what is perceived as China’s resistance to reform.

“There’s a 100% unanimous view on our economic team that this needs to be a real agreement,” Mnuchin said. “These can’t be soft commitments from China. There need to be specific dates, specific actions items.”

Furthermore, there is an air of déjà vu surrounding the truce itself. In May, when the trade war was still in a nascent stage, the two countries agreed to a similar rapprochement just as the US threatened to sign in the first major round of tariffs. Mnuchin said at the time that the trade war had been “put on hold,” only for tensions to ramp back up within weeks.

The longer-term uncertainty of no concrete resolution will also continue to be a cloud over investment and sentiment in the world’s two largest economies. An October poll by the American Chamber of Commerce in Shanghai found that of 219 firms operating in China, 70% are considering delaying further investment in the market, with 64% looking at relocation options.

“Increases in tariffs have large negative effects while resolution does not undo the harm completely, as economies have difficulty bouncing back from the structural changes induced by the tariffs,” said Wang Tao.