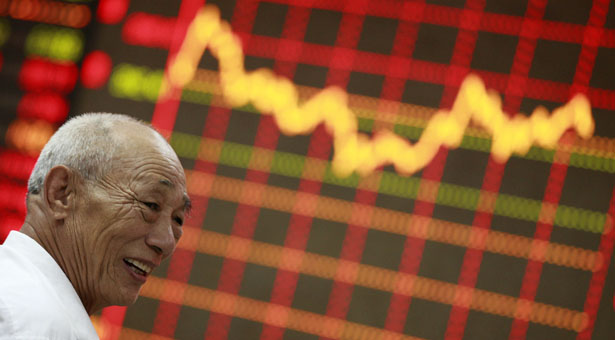 At first blush, China can seem like a prison for capital. Strict controls on money leaving the country and an underdeveloped domestic financial system traditionally limit investors to stocks, real estate or interest-earning bank accounts.

None of these asset classes have performed well this year. Mainland stocks have lost money, real estate prices flat lined and bank accounts offered typically low returns. But investors do have an option to move their money out of the country legitimately – one that has provided average returns of 6.14% this year as of early November, according to consultancy Z-Ben Advisors. Strangely, the channel has been largely ignored.

Launched in 2006, the Qualified Domestic Institutional Investor (QDII) program allows financial institutions – such as banks, securities firms, insurers, trust companies and some Sino-foreign joint ventures – to invest their funds or the funds of retail investors abroad. These institutions raised billions to invest in QDII funds immediately after the program’s launch, but interest in the program had virtually disappeared by early 2008, according to a recent Citibank report. In the lifetime of the program, only US$76 billion in QDII quotas had been given out by the end of June, despite there being no cap on the program, according to Z-Ben Advisors. Many quota holders have not invested the full amount allotted to them.

QDII’s inbound cousins, the qualified foreign institutional investor (QFII) program and renminbi-denominated counterpart (RQFII), have experienced much stronger demand. Both programs are subject to caps but have grown as rapidly as regulators have allowed.

RQFII, launched late last year, has already seen its cap raised from RMB20 billion (US$3.2 billion) to RMB70 billion, with securities regulator Guo Shuqing saying in November that China planned to raise quotas a further RMB200 billion (US$32.1 billion). Regulators raised the QFII cap from US$30 billion to US$80 billion in April and approved program licenses at record pace this year.

When QDII kicked off in 2006, global stock markets were booming. But the first individuals who bought into QDII funds only enjoyed a brief honeymoon period before the financial crisis tipped the world into chaos. US stocks plummeted in 2008, slashing the value of QDII funds invested abroad.

Distrustful retail investors have since avoided the program, despite the good returns of many QDII funds in recent years. Lately, going abroad has been a solid investment: Since January 1, 2010, the S&P 500 had gained 23.3% as of press time, while the Shanghai Composite Index had lost 37.6%.

As a whole, the 51 QDII funds currently on offer have performed well. The UBS SDIC Emerging Markets fund, the top performer, provided a 16.45% return between January and November, while the Guotai Nasdaq 100 offered 14.71%, according to a Z-Ben note.

Many wealthy Chinese also shun QDII funds because they can easily access other channels to export capital, some with questionable legality. For example, rich Chinese with their own companies often use trade settlements to get their money out of the country.

Bringing in the heavyweights

The guidelines fit into Beijing’s overall push to diversify pension investments to boost returns. Pension funds and similar products face potential shortfalls as China’s population ages. As a result, the National Council for Social Security Fund, pension funds, annuities and insurance companies are all being encouraged to invest in alternative assets, including those abroad, Guilloux said.

Slow-reacting financial institutions will likely take months to actually launch more QDII investments. But if these investments ultimately generate high returns, that could pave the way for more interest from retail investors.

Real estate, stocks and savings accounts may continue to dominate Chinese investments, but individual investors are not limited to these options. If a program like QDII gains momentum, investors may realize that the negative returns of the program through the financial crisis are little indication of whether outbound investments will make money in the future. Freeing themselves from this thinking, investors could discover that their investments are only held prisoner by their own sentiment.