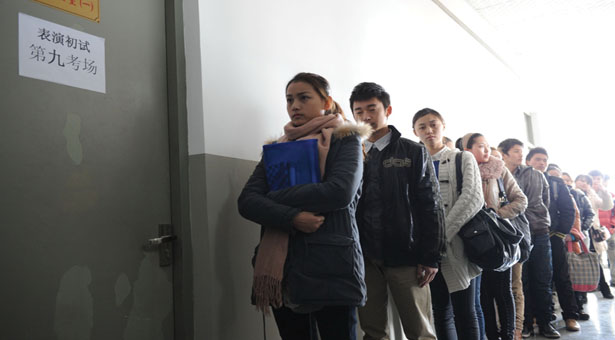 In November 2010, Chinese celebrity Wang Bei died on the operating table during a cosmetic “bone-grinding” procedure. The 24-year-old from Hubei province earned notoriety as a pop star hopeful on China’s “Super Girl” reality show. Despite her reputation as beautiful, young and talented, Wang chose to undergo a procedure to reshape her jaw. The doctor inadvertently punctured a blood vessel during the procedure, filling her windpipe with blood.

Cosmetic surgery in China is plagued by operational risks and poor regulatory oversight. Less than half of the 11 clinics and hospitals offering cosmetic or plastic surgery inspected by the Chinese health ministry last year (a small percentage of the total) met the official code, Vice Health Minister Ma Xiaowei said in a statement. Many clinics not only had sub-standard equipment and materials, but also employed personnel without proper credentials.

Even so, China’s cosmetic surgery industry is booming. Roughly 3.7 million people spent a combined US$47.5 billion on cosmetic surgery in 2010, up roughly 40% from the previous year, according to China-based research firm CIConsulting. Companies that sell fillers and other products used in cosmetic surgery, such as Allergan and Q-Med, are shifting their market strategies eastward to meet this demand. Despite the social costs, the cosmetic surgery and cosmetics market is clearly very lucrative. And the market is going nowhere but up.

China strictly prohibited cosmetic surgery as a bourgeois indulgence until 1980. Despite the late start, China now accounts for nearly 10% of all cosmetic surgeries performed globally. In 2009, it ranked third in terms of number of procedures performed, behind the US and Brazil. Like iPhones, Louis Vuitton handbags and Audis, the market for cosmetic procedures, such as Botox injections, double-eyelid folds, liposuction and breast augmentations, is just another manifestation of China’s growing wealth.

The market for cosmetic surgeries in China is relatively fragmented. Chinese customers can choose from an array of public hospitals and expatriate clinics. Some even splurge for higher-quality clinics abroad, often in South Korea and Singapore, both Asian hotspots for medical tourism. Ma, China’s vice health minister, has said that Chinese patients alone constitute 30% of cosmetic surgeries performed in Seoul.

Those without the means to travel abroad sometimes enlist “firemen,” or unlicensed practitioners, to perform their surgeries. These unlicensed physicians often perform simpler procedures in the backrooms of beauty salons, such as eyelifts and double eyelid folds.

But while these amateur surgeries are easier to carry out than liposuction and breast augmentation, without proper safety precautions they can result in nerve damage, eyelid punctures and even blindness. Regulators are unable to keep up even basic enforcement on the thousands of salons that perform these procedures.

Horror stories like these have helped boost demand for Western-made fillers and other cosmetic surgery products, which Chinese consumers generally view as higher quality.

But Western companies are just beginning to penetrate the Chinese market. Botox and Restylane, two leading “injectable fillers” used to plump up aging features and smooth wrinkles, received approval for use in China only in 2009. The maker of Botox, pharmaceutical company Allergan, has announced a strategic shift to China. Allergan saw its sales of Botox in the Asia-Pacific rise 27% annually in the third quarter of 2011, and it has announced plans to release Juvederm – a dermafiller used to smooth wrinkles – in China in the next three years. Other Western companies such as Merz Aesthetics, Anteis and Ipsen Biopharm are looking to replicate their success and are currently seeking approval for products such as Radiesse, Esthelis and Dysport.

The market potential has encouraged domestic corporations to create similar products. Dozens of Chinese alternatives to Western creations like Botox are already on the market, but are generally unregulated and sometimes unsafe. Those that are clinically approved rarely expand their operations globally.

However, a few high-quality Chinese products are finding their way into Western markets. For example, a Botox alternative from the Lanzhou Institute of Biological Products has been approved by Chinese regulators and is already on offer in 16 other countries. If more Chinese brands are able to combine cheap prices and high quality, they too may find purchase in overseas markets.

The price of beauty

The development of China’s cosmetic surgery market has social as well as economic implications. At first glance, the popularity of these surgical procedures in an otherwise socially conservative country might seem surprising. However, Li Qingfeng, head of the Plastic Surgery Department of Shanghai No. 9 Hospital, argues the popularity for cosmetic procedures actually reflects Chinese traditional culture, particularly the Confucian desire to imitate models of perfection.

Young women often cite gender inequality and competitiveness in the workplace as a reason to undertake cosmetic procedures, said Jin Zhao, a former radio presenter with China Radio International. There may be some truth in this: The standard practice in China is for applicants to attach headshots to their resumes, and firms frequently hire attractive secretaries to represent the “face” of a company.

“It is almost an unspoken rule that some employers tend to hire female employees based on their looks more than their educational and professional merits,” Jin said.

This is reflected in the market for cosmetic procedures. Li of Shanghai No.9 Hospital, said that it is largely women who elect to have cosmetic surgery. Going under the knife remains fairly taboo for men, whose looks are less of a factor in the workplace.

Critics of the practice say that many of these women underestimate the risks of cosmetic procedures. Li said that many patients are shockingly uninformed about the procedures.

But for many Chinese, the risks of a largely unregulated market have not trumped the satisfaction of getting one step closer to perfection. One female marketing assistant in Shanghai who travelled to Seoul for a double-eyelid fold said she was not that satisfied with her operation, but that she still might elect for another surgery to reduce her cheekbones. “I want to make my face smaller,” she said. “People like a beautiful appearance.”