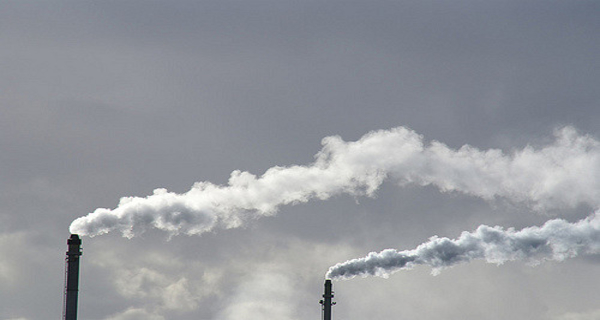 China recently announced that it will begin to introduce a national emissions trading scheme for carbon dioxide this year. The promise for more market-oriented climate policy in the world’s largest greenhouse gas emitting country is enormous. But it will be a gradual start and many big obstacles need to be overcome for the scheme to become an effective part of China’s climate policy portfolio.

Emissions trading puts a price on carbon dioxide and thereby provides economic incentives to industry and consumers to move to cleaner technologies and products. It, or its cousin the carbon tax, is the policy instrument of choice for economic efficiency. China taking the plunge with this quintessential market-based instrument for environmental policy is a big deal.

There is added spice in the fact that the emissions trading scheme (ETS) was ‘invented’ and first applied in the United States, but for political reasons has still not been rolled out federally. China’s decision should also be noted in Australia, where a carbon pricing scheme existed from 2012 but was abolished in 2014.

China’s scheme will at first apply only to the electricity sector, which should be fully covered by 2020, before spreading out into heavy industries. Eventually, the plan is for the ETS to cover 6,000 companies and over half of China’s annual CO2 emissions, around 5 gigatons every year. This would be three times the impact of the analogous EU scheme, the largest of its kind until now.

Pilot schemes for emissions trading have been in operation over the last few years in two of China’s provinces and five large cities. These have shown that China can successfully implement such a policy instrument.

However, there are quite significant differences between the Chinese system and other schemes currently in operation elsewhere. These divergences have led some to question how effective China’s ETS may be in practice.

Unlike other ETSs, in which caps define how many permits a participant can ultimately receive, the Chinese system depends on a company’s output of electricity or products. In this respect, the scheme mirrors the national policy towards emissions targets, which sets targets for cities and regions based on their GDP. There is a risk that a system that allocates more permits to larger producers may reduce the incentive for these large companies to switch to more energy-efficient technologies.

Another issue is that China is very different to other market economies currently running ETSs, such as the EU and regions like California. China’s emissions trading scheme will operate in a system of manifold interventions by government in the economy. In China’s energy and industrial sector there is extensive state ownership, state regulation and directed investment, including to reduce emissions. In this situation, how can emissions trading work?

There is also the role of the five-year planning cycle to consider. China sets its own national targets that have the potential to change with successive cabinets and plans, which are rarely, if ever, written into law. This is different from many other nations as well as international environmental commitments such as the Paris agreement, which gives a global target to be met by the year 2050.

It’s possible that the government will set initial price levels to be lower than those required for China to meet its commitments under the Paris agreement, giving the scheme a relatively limited effect at first. But there is a possibility, of course, that China may move to strengthen the price levels if the government’s initial emissions targets are easily achieved.

It is worth bearing in mind that the Chinese scheme is designed to evolve and gain in effectiveness over time, as most Western schemes have. Part of that evolution will involve not just a strengthening of the trading policy itself, but also reforming China’s electricity sector to put it on a more market-based footing.

If China’s government decides to turn its emissions trading scheme into an instrument that has real impact, then this will have global repercussions. China could inspire and lead the next generation of carbon pricing schemes, this time in industrialising and developing countries.

Frank Jotzo is Professor at the ANU Crawford School of Public Policy. He leads a collaborative research program on market mechanisms for China’s climate and energy policy. The material for this article was taken from a paper published in Nature Climate Change earlier this month.