Home Banking & Finance Can China get IPOs right this time around? 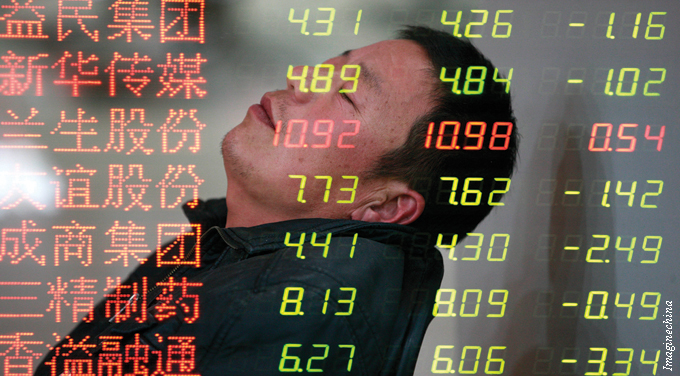 Can China get IPOs right this time around?

When the Shanghai Stock Exchange Composite Index hit an all-time high of 6,170 points in mid-November 2007, few would have guessed the bourse, now the world’s seventh largest by market capitalization, would languish at around 2,000 points six years later. And when securities regulators halted IPOs on the mainland last November, neither companies nor investors could have imagined the moratorium would continue for more than a year.

Now it appears the block on IPOs could end soon. When it does, China may significantly change the way companies list on its exchanges.

In a major policy statement late last week, at the conclusion of the Third Plenum, the Communist Party said it would adopt a registration-based system for IPOs, or one that lets companies that meet a list of predetermined requirements register for listing. Previously, the China Securities Regulatory Committee often subjected companies to years of troublesome reviews. Some experts say that change could come as early as March.

Under the system currently in place, the CSRC let firms rush through the gate and onto the market during times of high demand. Stricter regulation often ensued when demand was low. One primary reason IPOs are still unofficially barred today is a meek appetite for mainland shares and a fear that a slew of new listings would put a strain on already stretched market liquidity. Another concern is the financial fraud at companies and rampant speculation on new listings that have rocked the market on and off for years.

These risks have put the CSRC in a bind. It’s under great pressure to let Chinese firms list once again. The holdup has choked many private Chinese firms in need of capital at a time when channels to credit from banks are increasingly tight.

At the same time, Chinese leaders and the international investment community are closely watching the regulator, headed by former Bank of China chairman Xiao Gang, as it moves toward again allowing companies to go public. If it can’t produce healthy market conditions this time around, the prospects for mainland finance are dismal. A sputtering stock exchange would bode terribly for China as it aims to transform Shanghai into a global financial hub by 2020. But so does one that rejects new listings.

That the CSRC could do away with its maze of regulations altogether is a promising sign – at least for companies seeking to raise funds via an IPO.

By July, 920 companies had entered their names onto a waiting list for IPO approvals administered by the securities regulator. That number has fallen since then as firms have given up hope or even gone out of business. Many of the companies withdrew their application paperwork from the CSRC after it asked firms to conduct self-reviews of financial documents and revenue forecasts.

“The review process really had material impact on the listing issue,” said Zhao Xijun, deputy head of the School of Finance at People’s University in Beijing, citing the some 200 companies that have left the IPO list in order to revamp their financials. That’s a promising sign for a registration system that will require firms to self regulate.

The push for an IPO registry has been a long time coming, not a surprise gift from reformers at the Third Plenum. One reason the CSRC suspended IPOs during the past year was to develop the system, Zhao said. Guo Shuqing, the former head of the CSRC, launched that reform within the regulator before he moved to a political role in March.

Building a registration-based system would let market forces rule, something investors and companies may want yet Chinese regulators are hesitant to grant. A registry similar to the ones used in most other major capital markets would put the onus on underwriters and accountants to make sure their clients are in order before they head to the market.

Up until now, the CSRC has tried to do most of that work by itself. Its record is patchy at best.

Demand for mainland equities has been low in part because of incidents of high speculation on IPOs followed by fraud cases. The share price of Wanfu Biotechnology Agricultural Development tumbled by more than 75% in April after a CSRC investigation showed the company had been inflating its sales figures since 2008. Ping An Securities, which handled the listing, was suspended from underwriting for three months in May for its involvement with Wanfu.

Cases such as this have undermined the regulator’s attempt to get the market back on track. The persistence of fraud at underwriters in China is a reminder that bad practices will remain a serious concern when companies start to list again.

“These professional agencies in the market should take a part of the responsibility held by the CSRC,” Zhao said. “Some of this work should be enhanced by these underwriters and lawyers.”

For a registration system to function properly, the CSRC must transfer much of its power over the market to underwriters, accountants, as well as to China’s judiciary. If punishment for corporate fraud is increased, all players in the market will have to reconsider cooking sales figures – or covering such practices up – with the hopes of cashing in on an IPO.

Striking a new balance will take time. Underwriters, law firms and the companies themselves are not yet ready to self-regulate, said one mainland securities analyst who asked that her name not be used because she didn’t have permission to speak to the press. “The environment in China is just not there yet,” she said.

China, though, is keen on financial experiments. The analyst said a trial for a registration system could first be instituted on the New Third Board, the country’s version on an over-the-counter market launched earlier this year in Beijing.

A date for the mainland’s next IPO is still a guess at present. However, given that the new administration in Beijing has blessed the CSRC’s work on a registry, it’s likely the system will be implemented as soon as IPOs resumes, Zhao said.

In that case, China could update its listing system as early as this coming March, the next time the regulator will hold a major internal meeting and can review an article in the Securities Law that requires companies to pass an approval board before listing.

That would be a leap of faith. The risks of reopening the IPO markets with less-centralized regulation are high, especially at a time with such low liquidity and the recurrent specter of fraud.

Yet, if all goes well, the spoils could be huge, and not only for firms, underwriters and investors. The move could be one of the only ways to put the country quickly back in line with it its goal of making Shanghai a global financial hub with any chance of competing with London or Hong Kong by 2020.