Home Markets Cashing out on Macau and metals 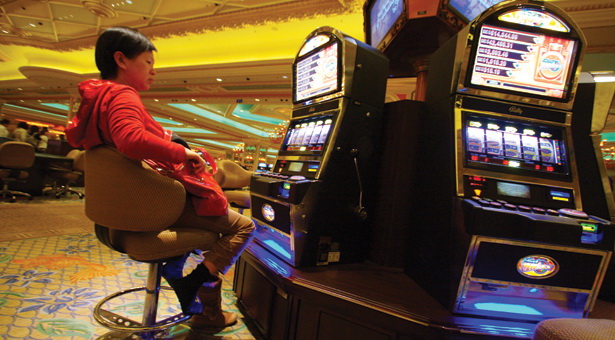 Cashing out on Macau and metals

Macau casino companies are counting up their chips, and investors may want to take the opportunity to cash out. Sands China (1929.HKG) opened up the sector’s fourth-quarter earnings season on Thursday with a monster 52% increase in profits. Sands holds the strongest near-term position in Macau gaming as the only company in the “sweet spot” of opening one casino resort in the next two years and another after 2015, said Richard Huang, a Hong Kong-based analyst for CLSA. The first two days of earnings showcased the best and worst of the sector as Wynn Macau (1128.HKG), which has maxed out occupancy in its existing hotels and no new properties in the next two years, posted an 18% drop in profits. Investors strongly favor the sector since “there is simply no doubt about the strong gaming demand coming out of mainland China,” Huang said. Perhaps it is overly favored, however, as Sands’ stock price has nearly quadrupled since its IPO three years ago. Investors cannot justify buying in at such prices, and “contrarians” would recommend taking profits now, Huang said. Ever contrarian, CER Alpha suggests selling highly valued gaming stocks such as Sands China and Galaxy Entertainment (0027.HKG).

Metals prices have been headed for the scrap heap for some time. Chinese demand for hard commodities is slowing, and the industry – which wrongly assumed that China could maintain construction and infrastructure growth at such booming rates – is overcapacity. This week, even JP Morgan reversed its bullish and contrarian position on two stocks that had managed to post double-digit price gains since the summer despite the downturn in metals. The investment bank downgraded Maanshan Steel (0323.HKG) from overweight (or buy, to us plebeians) to underweight (sell) on Thursday after the company warned of up to US$635 million in losses for fiscal 2012. Demand for steel is falling and margins are being squeezed as iron prices rally. JP Morgan also downgraded Angang Steel (0347.HKG) to neutral for similar reasons. CER Alpha suggests selling or shorting the steel sector, including Maanshan and Angang.

Lenovo (0992.HKG) is assuming the position of the world’s strongest private Chinese company in stride, posting a 34% gain in profits for the fiscal third quarter on Wednesday. Lenovo’s mobile phone business broke even for the first time ever, and the company’s overall profit margins grew. The firm will need to continue to invest in diversifying away from PCs, so margins may be squeezed in the near-term. But long-term the company remains on track to accomplish its goal, announced last year, of growing margins by one percentage point to 3.3%. “That’s very ambitious; it’s 30% bigger in terms of profit growth,” said Jenny Lai, a technology analyst and head of HSBC’s research division in Taiwan. With most tech firms primarily concentrating on sales and market share, that’s a significant rise for the sector even if Lenovo doesn’t accomplish the full one-point rise, she said. CER Alpha suggests buying Lenovo as it remains one of the best plays in China’s tech sector.

Chinalco Mining (3668.HKG), a subsidiary of Aluminum Corporation of China (Chinalco; ACH.NYSE, 2600.HKG), flopped on its first day trading Thursday. The IPO, which raised nearly US$400 million for a copper mining project in Peru, closed down 6.2%. While the outlook for the metals sector is fairly gloomy, that appears not to be the reason the offering failed to gain traction: The best proxy for Chinalco Mining, Jiangxi Copper (0358.HKG), closed up 0.48%, a Hong Kong-based analyst pointed out. Instead, the weak start may reflect continued tepid demand for Hong Kong IPOs as investors remain uncertain of the direction of the Chinese economy.