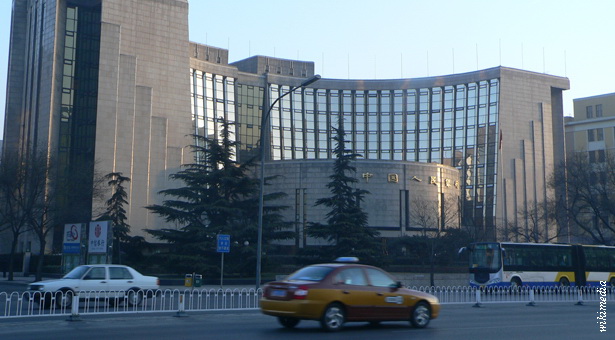 China’s financial regulators have been acting peculiar this year. In January, the central bank warned Bank of China and Industrial and Commercial Bank of China to slow lending after the country’s banks extended some US$161 billion in new loans, or nearly 15% of target for all of 2013, in the first two weeks of the year. Many banks purportedly halted lending outright in the final days of the month.

Then, in February, the People’s Bank of China extracted a record US$146 billion from the financial system in three days through open market operations, essentially selling bonds to banks to drain them of cash they might otherwise lend. These two moves to tighten credit in a country known for rapid lending growth have led economists to ask whether China is shifting to a more conservative monetary policy.

China has relied on pumping cheap credit into the economy to finance the investment that is the basis of its miraculous growth. A broader policy shift to tighten credit could undercut China’s entire economic model and dampen short-term growth. However, some economists argue that continuing to allow credit to grow at current rates will lead to mounting non-performing loans that could destabilize the entire system. Tightening credit could therefore be positive for the Chinese economy in the long-run, forcing Beijing and companies to find more sustainable means of growth.

Yao Wei is one of the prominent economists that believes Beijing is signaling a tighter stance on credit. Yao, China economist at Societe Generale, argues that this cautious monetary stance actually goes back to last year, when the government did not ease policy as much as it could have. Even though China was experiencing the slowest growth since the global financial crisis, the government only cut interest rates and banks’ reserve requirements twice apiece. Those cuts qualify as conservative compared to the 2009 stimulus, when Beijing flooded the market with credit and supported growth by financing a huge amount of infrastructure building, Yao told CHINA ECONOMIC REVIEW.

Also in 2012, the PBoC indicated in its fourth-quarter policy report that it would be more vigilant about inflation in the future, which would require stricter control of credit. In addition to worrying about its own credit growth, the bank is concerned about global factors that drive inflation such as quantitative easing programs underway in the US and Europe that inject money into their financial systems in a bid to encourage growth.

In a recent note, Yao interpreted the report as an indication that regulators will likely “be more pre-emptive in inflation management.” That would explain the efforts to pull back on lending in January and February as a continuing fight against inflation, even though the consumer price index was only 2% in January.

Hu Bin, a banking analyst at Moody’s, argues that this more cautionary stance on monetary policy goes even further back to when the central bank hiked interest rates several times in late 2010. The bank’s move to tighten credit in late January and in February “is consistent with central bank’s stance and precaution with inflation,” Hu said. “They just want to get a hands-on grip on the economy.”

This erratic start-stop policy may paper over short-term problems while hurting the long-term stability of the financial system. Despite occasional efforts to tighten lending, Chinese bank lending has grown at 14-15% for the last two years, far outpacing mature economies and even China’s rapid GDP growth, said Hu of Moody’s, who predicts a similar pace of growth this year. That rate is likely even higher if other forms of non-bank financing, known as shadow banking, are taken into account.

But the day will come when China must account for its bad debt, Chovanec said. With economic growth slowing in 2012, that day might be soon. Companies experiencing slower revenue growth will be further limited in their ability to pay off existing debts and may start to default if bad debt reaches a scale that banks can no longer roll over.

“You’ve got a growth model that has really reached its sell-by date and is no longer able to deliver the kind of growth we’re accustomed to seeing from China,” he said. The shadow banking sector, even less regulated than banks, only adds to these worries. Thus far, regulators have only hinted at tightening credit and taken token actions – like those seen early this year – to restrict credit.

However, the more cautious attitude, if not actions, of the PBoC may indicate the approach of a major policy shift that truly limits problematic financing, said Yao of Societe Generale. “They’re probably drafting something at the moment. Usually when you hear all this chatter, something is happening behind the scene.”

Opaque Chinese policymaking means that analysts can only guess whether that will happen. For now, Beijing is adopting a gradualist approach to reform that prioritizes stability above all else as new leaders take power. The tighter monetary policy of late is a mere extension of this gradualism, rather than the broad shift needed to correct a system overly reliant on toxic lending.