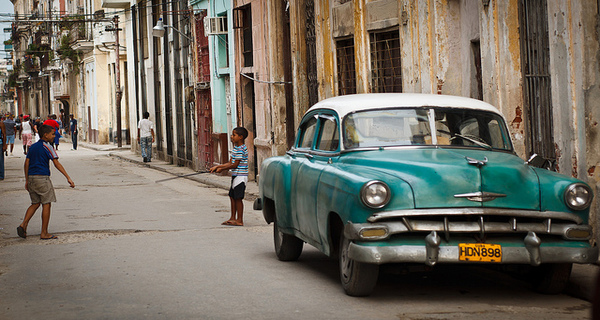 The second ministerial meeting of the Community of Latin American and Caribbean States (CELAC)-China Forum held in January in Chile turned the spotlight to the growing interactions between the two regions. The dynamics of this relation are based on a win-win prospect and seem to be doing just that. The importance of the relations between China and Latin America has been growing exponentially in terms of trade, political interactions, investment, and cooperation.

Latin America and China face some parallel objectives as developing nations, as well as a sizeable commercial shared interest. To China, Latin America is a source of raw materials, an important market for manufactured products and a new ally in their quest to increase multi-lateralism and China’s newfound leadership in the world. For Latin America, China is a market and source of manufactured goods along with foreign direct investment, which unlike other potential state-sponsors does not come with strings attached, in accordance with the Chinese policy of Peaceful Coexistence and non-interference in internal affairs. Like Africa and other developing economic regions, Latin America openly welcomes Beijing’s offerings of loans without conditionality, without the stringent prerequisites pertaining to corruption and governance that the US-dominated World Bank and International Monetary Fund ask of applicant nations.

The commercial relation between China and Latin America is certainly strengthening. The Asian giant already has Free Trade Agreements with Chile, Costa Rica and Peru, with Colombia and Panama on the way, and is the largest trade partner of the region’s four largest economies. The Economic Commission for Latin America and the Caribbean (CEPAL, by the Spanish acronym) estimates $986 billion, or 10% of all Latin American exports were bought by China, and 18% of imports were Chinese, putting China on track to become the second largest buyer of Latin American products after the US. The international trade between China and Latin America indeed experienced a cooling down in 2014 from the bullish decade beforehand, but rebounded strongly in 2017 with Latin American exports to China growing 25% in the year.

The political influence of China in Latin America has also undeniably been growing. Evidence of this can be found in the recent establishment of diplomatic relations with countries such as Costa Rica (2007) and Panama (2017). Such new ties come with generous cooperation packages and new possibilities for the Latin American community. Political-economic dialogue is neither confined to the CELAC-China forum either, as China also participates in other regional multilateral forums such as Mercosur and The Pacific Alliance.

The Investments of China in Latin America are particularly pertinent. Since 2016 China has been the second largest investor in Latin America, after the United States. For 2017 total investment reached $266 billion, 15% of the total FDI received by Latin America.

The inclusion of Latin America in the Belt and Road Initiative will be of special interest to observers of the region’s development, which was relatively late to table in terms of giving support to this ambitious project. The regions have proposed a so-called “1+3+6” framework for the nature of the cooperation: one plan of cooperation (China-Latin American Countries and Caribbean States Cooperation Plan, 2015-2019); three engines to drive cooperation (trade, investment, and financial cooperation); and six fields of priority (energy and resources, infrastructure construction, agriculture, manufacturing, scientific and technological innovation, and information technologies).

The outlook for China and Latin America is bright, but there are still challenges to be addressed from the Latin American perspective, principally the commercial deficit faced by some countries and the need for diversification away from exporting raw materials and importing manufactured goods.

China’s leadership in the world continues to grow and with it a new international order, in which the developing countries’ importance and interactions grow while the traditional powers seem to be looking inwards. From this perspective it seems like the distance between Latin America and China will only shrink and their ties grow only stronger.