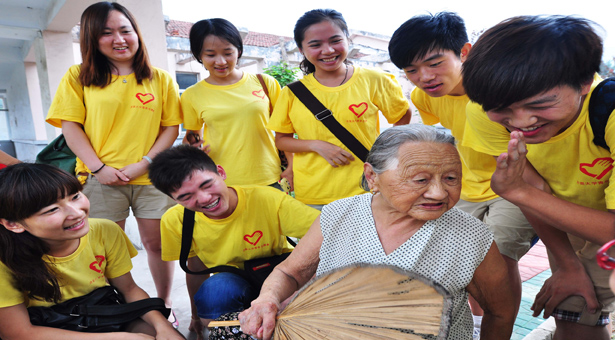 “We can’t call the post-90s generation “non-mainstream” just because they wear Afros. Compared with the flash bombs used by police against their own citizens, hairstyles are nothing.” – Blogger Han Han on young protestors in Shifang, Sichuan province

“Socialism with Chinese characteristics: Those who get rich first get richer, while the majority is left far behind. The National Bureau of Statistics has not announced the Gini Coefficient, which measures the gap between rich and poor, for ten years. It remains a secret just like the income of government officials.” – Central University of Finance and Economics Professor Han Fuling on the wealth gap

“I feel honored to fly into space on behalf of hundreds of millions of Chinese females.” – Liu Yang on Chinese holding up her half of the sky

“China is trying to catch up to where we were in the ‘60s.” – Joan Johnson-Freese, professor at the US Naval War College, on China’s space program

“We have the capability to put an end to the evil behavior, and make Alibaba Group a healthy, stable and sustainable enterprise.” – Alibaba Group, in a statement on its detainment of executive Yan Limin in a corruption probe

“Our counterpart would at least be able to exercise sovereignty over a panda with the name of the islands.” – Tokyo Governor Shintaro Ishihara suggests naming a soon-to-be-born panda cub Senkaku, after the disputed Senkaku/Diaoyu Island chain

“The nature of state-owned enterprises is to plunder the many to benefit the few.”

“Only if we’ve smashed the ‘non-expansionist’ mental block can China speed up its transition from a regional power to a global power.” – Major General Han Xudong in a Global Times editorial on overcoming China’s ‘defensive mentality’

“Our infrastructure is already advanced; future generations can sit by and reap the rewards, and use the money that would be used fixing up the subway to care for the elderly.”  – Qu Hongbin, chief economist at HSBC, on investing in China’s aging society