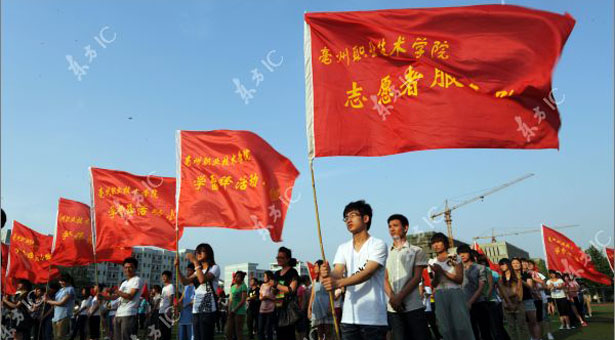 “We must not take the old path that is closed and rigid, nor must we take evil road of changing flags and banners.”

Hu Jintao on how China should approach political reform

“So we will walk in place until we die.”

A Weibo user’s response to Hu

“[After] a decade of the inexpressive wooden style of Hu Jintao, someone actually just having facial expressions is … revolutionary.”

“A well-off society is one where the average people can enjoy equality, security, opportunity, individuality, dignity and don’t have to beg for favors to get things done.”

Pan Shigang, an economist at China Development Bank, on the purpose of development

“Weibo has not changed China, it has just changed you and me: I have gradually got used to being cold and indifferent, just like you have slowly got tired of Weibo.”

“Condoms are usually tested by machines, but we can’t afford more machines.”

“If you call me Mr. RMB because my words can influence the currency, I don’t find the title suitable. However, if you call me that because of renminbi exchange rate reform, that should be all right.”

A bride-to-be’s statement on wedding gifts, prompting a planned 1,000-person strong protest of her wedding

“No Bloomberg.com, no New York Times, no Twitter, no Youtube, no Facebook and now barely the global internet. And yet people still think the RMB can become a reserve currency?”