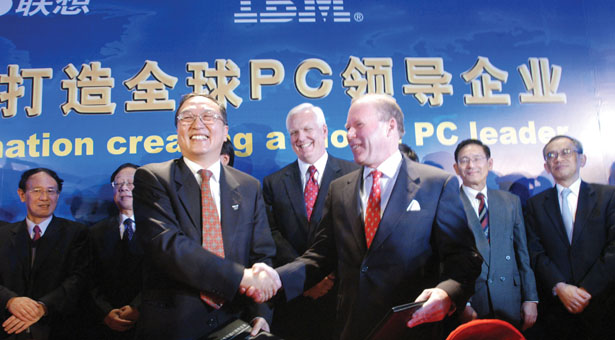 Most industries are far more fragmented in China than in developed countries. Each city or province may feature a full portfolio of breweries, pharmaceutical makers and real estate developers – a vestige of central planning and China’s lack of nationwide sales and distribution networks.

Since reforms began in 1978, however, Chinese industries have begun folding in on themselves. Market leaders are gaining capital and swallowing up smaller competitors, making China a land of milk and honey for mergers and acquisitions (M&A). According to research firm Zero2IPO, companies completed 1,157 M&A deals in China in 2011, up from only 622 in the previous year.

But this number could have been much higher. “M&A is not active enough in China,” said Gary Liu, deputy director of the China-Europe International Business School’s Lujiazui Institute of International Finance. “For many industries, actually there are many potential opportunities for integration, but it doesn’t happen with very high efficiency.”

M&A advisors agree that the failure rate of deals in China is higher than in developed countries, for a variety of reasons, including the lack of legal transparency, inflated company valuations and cultural barriers. “Typically in the US and the UK, of the deals we get involved in, about 80-90% go through,” said Curt Moldenhauer, a partner in PwC’s Transaction Services Group in Shanghai. “In China, it’s about 44% – well south of what you expect in a developed market.”

One of the biggest barriers is a lack of transparency that makes suitable acquisition targets harder to find. In developed markets, industry leaders like General Electric receive thick books daily filled with M&A opportunities, Moldenhauer said. In China, however, little company information is available, even online. Advisory companies often have to go out and “beat the bushes” in lower-tier cities to identify good targets.

China’s lack of transparency and rule of law create a slew of other obstacles for the M&A process. Many acquirers are unable to detect non-compliant practices such as accounting fraud, tax evasion or bribery, or to sue for compensation once they do. Acquirers also have difficulty accurately pricing the target company.

Chinese executives have earned a reputation for demanding sometimes outlandishly high prices for their companies. In the US, many non-tech companies are acquired at a price-to-earnings (P/E) ratio (the price per share divided by the company’s per share profit) in the high-single or low-double digits. But some Chinese companies demand many times that. Some are right to have high expectations, owing to their country’s fast economic expansion. But others are not.

“Chinese companies have unrealistic expectations oftentimes about the value of their business. Part of that is due to the fact that we have an irrational capital market here in China,” Moldenhauer of PwC said. Because China gives its citizens only limited options for investing their money, more funds are parked in domestic stock markets, driving up company valuations. From 2008 to 2011, the average P/E ratio of A-shares on the Shanghai and Shenzhen stock exchanges was 20 and 33, respectively; the average P/E ratio of shares listed on Hong Kong’s main board, which is not subject to the mainland’s strict capital controls, was 13.

The immature financial system results in far fewer deals led by private equity firms than in developed economies. China lacks a high-yield corporate bond market and well-developed IPO and secondary markets, all necessary for PE firms to raise capital to buy a stake and later exit their investments. There is also little appetite for restructuring companies, which often requires mass lay-offs anathema to China’s strict labor laws. “[Restructuring] is just not part of the business, and/or you can’t get a large enough stake to make an impact,” said Tony Skriba, an analyst with Z-Ben Advisors.

Finally, China’s rapid development can also present obstacles. The market is changing so fast that sometimes deal negotiations cannot keep up, said David Lee, a partner at Boston Consulting Group. Companies that spend eight months to a year and a half to negotiate a deal may emerge to find that the market has already changed dramatically.

But behind each successful acquisition a Chinese company made abroad last year, there were many more failures, wrote Clare Chen, an analyst at Zero2IPO. “The volume of foreign transactions is obviously increasing, but it’s worth noting that Chinese companies abroad have one of the world’s highest failure rates.”

One barrier for both domestic and cross-border M&A is the deficit of management talent at Chinese companies. Gary Liu of CEIBS blamed this shortcoming for the failure of TCL’s joint venture with France’s Thomson Electronics, then the world’s largest TV manufacturer. “TCL aggressively integrated with Thomson,” Liu said. “But unfortunately, the Thomson people, they didn’t respect the Chinese at all. The result was a disaster; TCL lost a huge amount of money.”

China’s leading companies have taken note of this example and are adjusting their strategies to preserve the brand strength and technological know-how that motivated them to make overseas acquisitions in the first place. Chinese car company Geely chose to remain a passive shareholder after acquiring Sweden’s Volvo, Liu said, while computer maker Lenovo moved its headquarters to South Carolina to show respect for US employees after it acquired IBM’s PC division.

Would-be acquirers of Chinese companies face many obstacles. But contrary to conventional wisdom, this list does not typically include government intervention, said Moldenhauer of PwC. While the rejection of Coca-Cola’s bid for juice maker Huiyuan in 2008 due to the Chinese anti-monopoly law still looms large in the public consciousness, that example is far from representative, he said. “How many cases have been rejected under the anti-monopoly law? One. That’s it.”

There are limitations, of course: Foreign companies are allowed to take only a 50% stake in some strategic sectors, and are banned entirely from others. The government has also adopted new priorities for investment to encourage environmentally-friendly and high-tech industries. But these rules are clearly published in China’s National Security Review and Foreign Investment Catalog. Within those guidelines, the government is not really blocking anything, Lee of Boston Consulting Group said.

China is now looking to attract technology, brands, international distribution channels, management experience and intellectual property, rather than straight-up capital. “It’s difficult to answer the question, ‘Is it getting worse or better?’ I think it’s different,” said Moldenhauer of PwC. “If you’re planning on building a tire factory in Shanghai, it’s pretty tough… But talk to anyone who wants to open a high-tech company in Chongqing, they’re ecstatic.”

Liu of CEIBS cautioned that local governments can be an obstacle to some deals, particularly when labor comes in the mix. He cited the attempt by electronics company Midea to acquire Little Swan, a washing machine maker in Wuxi, in 2008. Workers who were slated to be
fired surrounded the factory in protest, and after several days of tension Midea gave in. “In this situation the local government put pressure on the acquirer. For the local government, stability is more important than anything else,” Liu said.

Some of these barriers are sure to fade in the years to come, as Chinese companies acquire better management techniques and the country gradually opens its capital markets. But some obstacles, like China’s unclear legal environment, will be slower to change.

Doing deals in China may be tough, but it’s better than the alternative. No matter how hard the deal process may be, domestic market leaders need to consolidate their positions, and foreign companies want access to the market.